Internazionale will be looking to claim their first Serie A double over Cagliari since the 2010/11 season when the two sides meet at the Stadio Giuseppe Meazza this weekend.

Nine consecutive Serie A victories ahead of the kick-off are part of Inter’s impressive 12-game unbeaten league streak (W11, D1), during which they kept eight clean sheets, conceding just four goals in the process. Additionally, ‘I Nerazzurri’ are enjoying their fourth-best ever winning run at home in Serie A (11 straight wins), last failing to win a home league fixture in a 2-2 draw with Parma back in October. Antonio Conte’s men are odds-on favorites to keep their impressive form going here as they take on a side they have defeated in 12 of their last 19 top-flight H2Hs as hosts (D5, L2). Notably, the current Serie A leaders have drawn a blank in just one of their previous 37 league meetings with Cagliari, netting 2+ goals in seven of their last ten such encounters.

In the meantime, the visitors have gone from three consecutive Serie A games without a loss (W2, D1) to three successive defeats, conceding precisely two second-half goals in the last two. Away from home, Cagliari have secured just one triumph in their previous 12 Serie A fixtures (D3, L8), letting in 2+ goals on six occasions in the process. Adding to a long list of issues, the ‘Sardinians’ have netted fewer league goals (ten) than any other side this calendar year, managing a miserly average of 0.66 goals scored per Serie A game since the turn of 2021. But if they find the net here, it is likely to happen after the half-time break, considering that 68.75% of their total Serie A away goals scored this season have come in the second half of play (11/16). 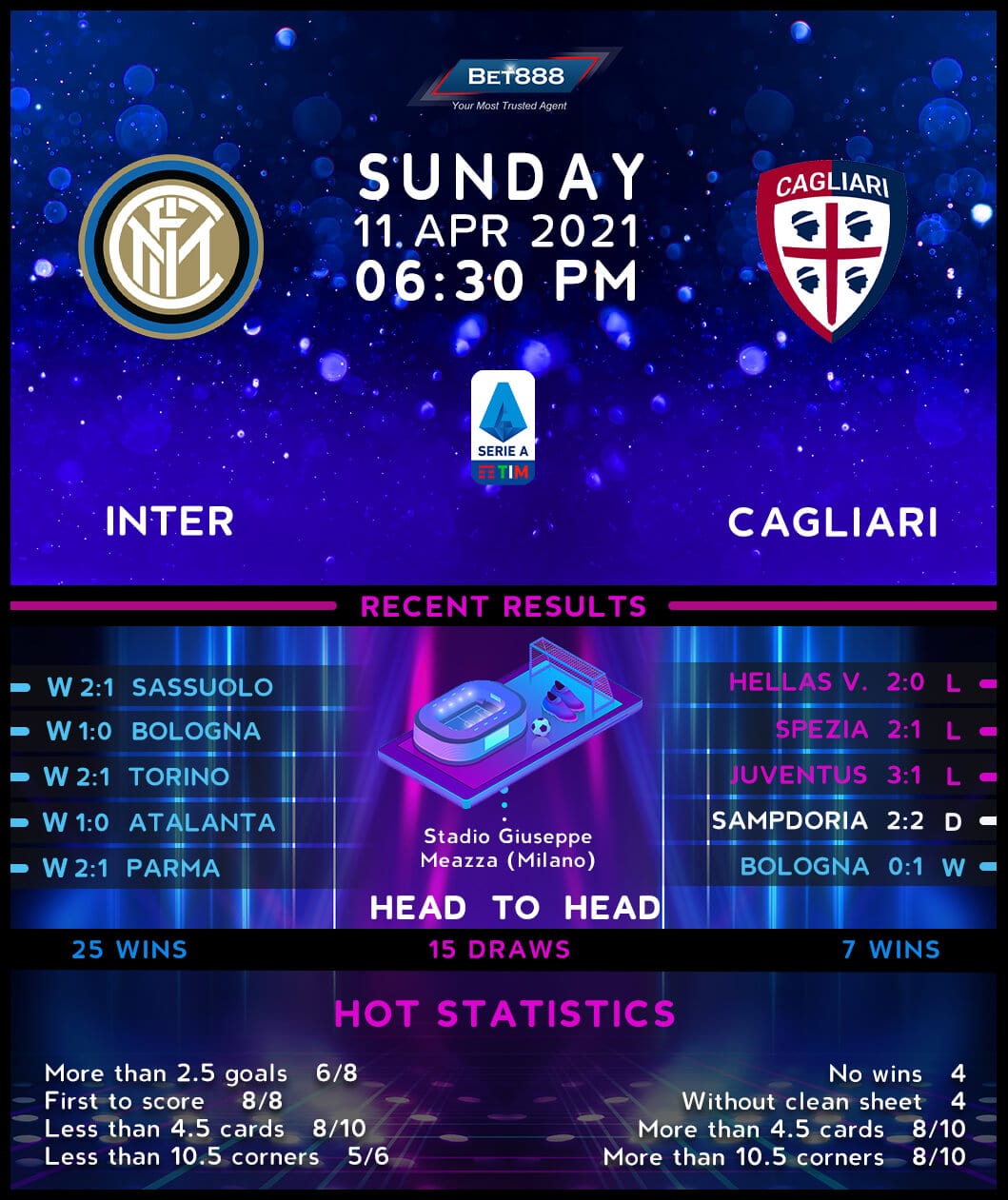