Internazionale and Crotone will meet at the Stadio Giuseppe Meazza in contrasting circumstances. While the hosts continue to mount serious challenge on the Serie A title, the visitors are fighting tooth and nail to escape from the relegation zone.

Antonio Conte’s men have gone rampant in Serie A since being held to a 1-1 away draw to Atalanta on Matchday 7, racking up an intimidating seven-game winning league run ahead of this weekend. It’s worth noting that each of Inter’s last three Serie A victories has come by a single-goal margin, with the winner in each scored beyond the hour mark. Remarkably, the ‘Nerazzurri’ have won 11 of their last 13 Serie A fixtures against newly-promoted sides, drawing the other two, and are unbeaten in their two previous top-flight home meetings with Crotone (W1, D1). Additionally, Inter have found the back of the net in all seven Serie A home matches this season, which has been the case in their last four league H2Hs (W2, D1, L1).

Meanwhile, Crotone have accrued a win, a draw, and a loss from their last three Serie A games, as they enter this round trailing 17th-placed Spezia by two points. However, ‘I Pitagorici’ are the only team yet to taste victory away from home this season (D2, L5), scoring a league-low five goals across their opening seven Serie A trips. Furthermore, Giovanni Stroppa’s men have conceded over 2.5 goals in four of their five away league defeats this term, surrendering the first-half lead to their hosts on each occasion. Despite conceding the opening goal (if any) in four of their seven away Serie A matches this season, an aggressive first-half approach has seen 80% (4) of Crotone’s five top-flight goals scored on the road come before the half-time break. 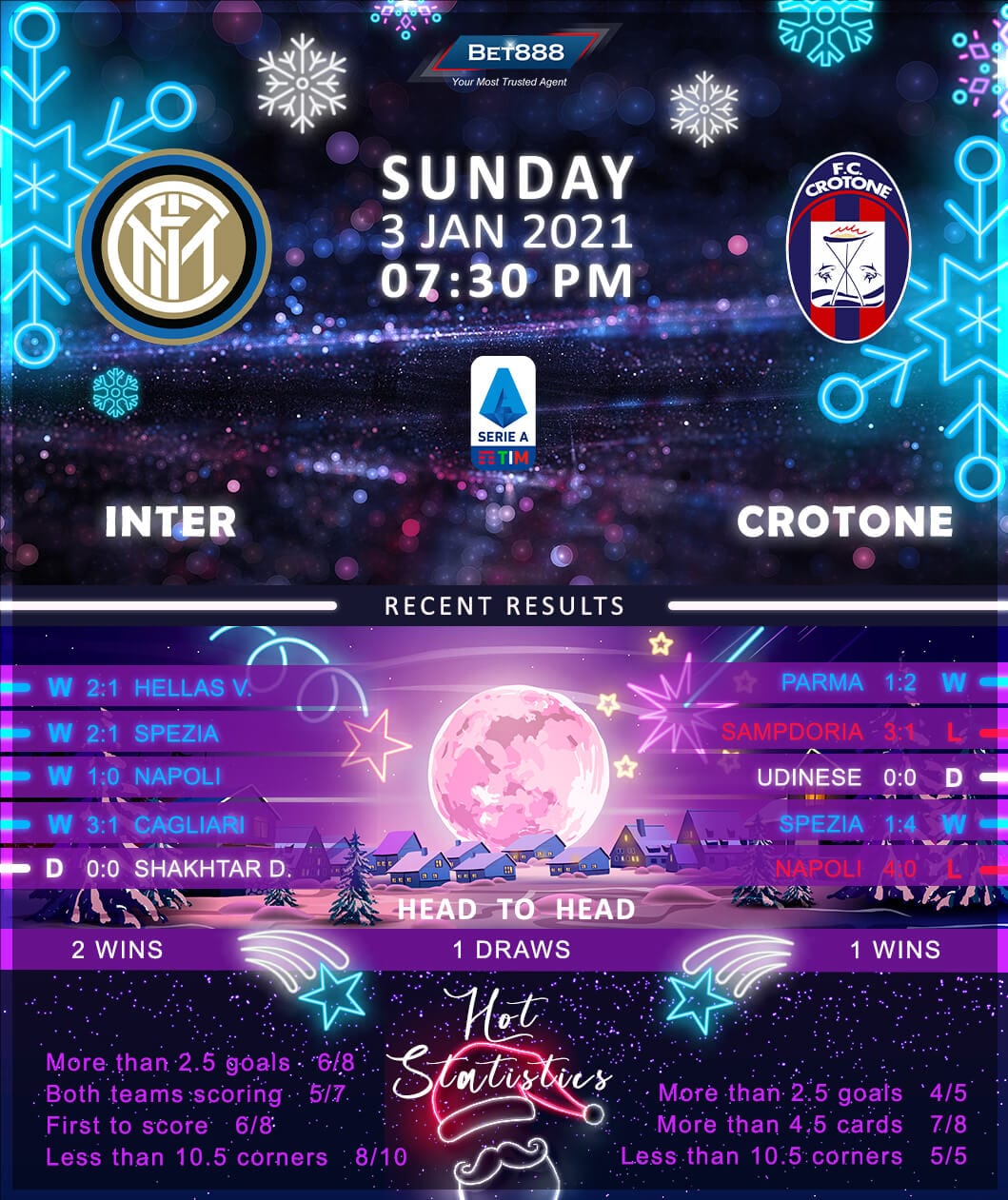