Internazionale will be looking to build on a commanding 3-0 Serie A win against AC Milan last weekend when they meet resurgent Genoa at the Stadio Giuseppe Meazza.

A 2-1 away defeat at Sampdoria on Matchday 16 seems to have been a wake-up call for Inter, who have since racked up a seven-match unbeaten streak in Serie A (W5, D2) to leapfrog cross-town rivals AC Milan at the summit. Free-scoring ‘Nerazzurri’ have netted an average of 3.00 goals per game across their last four Serie A outings, finding the net in both halves on each occasion. Remarkably, Antonio Conte’s men have scored the division-high 32 goals at home this league campaign, with 68.75% (22) of those goals coming in the second half of play. Inter must be confident of maintaining their imperious form against a side they have not lost to in any of their 13 top-flight H2Hs as hosts in the 21st century (W11, D2), winning each of their last five such meetings ‘to nil.’

Meanwhile, Genoa enjoy an impressive spell of their own, as they take the field after avoiding defeat in each of their last seven Serie A fixtures (W4, D3), notching up 2+ goals in 57.14% of the games in that sequence. Away from home, ‘Il Grifone’ have kept three consecutive Serie A clean sheets after conceding at least once in their previous six top-flight trips. Adding to this sentiment, Davide Ballardini’s men have conceded joint-fewest league goals since the calendar flipped to 2021 (6). However, a lack of firepower up front has seen Genoa score a league-fewest eight away goals this season after drawing a blank in 57.14% of their Serie A trips so far. Slow-starting visitors have shipped the opening goal in 56.52% of their league matches this term and went on to lose 69.23% of such contests. 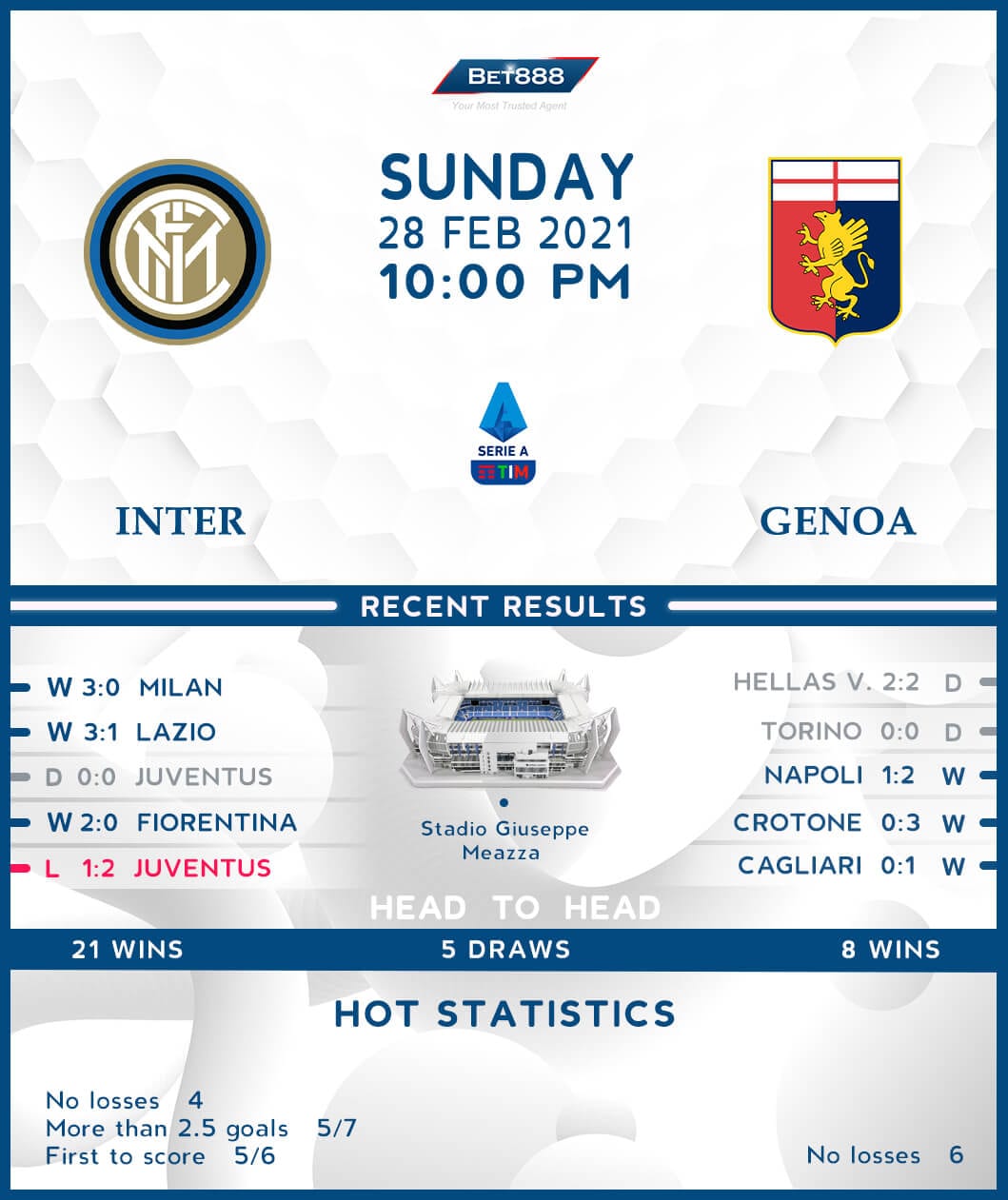