Internazionale and Juventus are set to meet in their 175th Serie A showdown, with the home side looking to beat their arch-rivals in the league for the first time since September 2016.

Inter have failed to win their last two Serie A matches (D1, L1) after winning eight league fixtures on the bounce beforehand. Still, ‘I Nerazzurri’ have been a fun team to watch lately, as six of their seven previous Serie A games have seen over 2.5 goals and both teams on the scoresheet, which has been the case in three of their last four top-flight H2Hs held at this venue. Despite failing to beat Juventus across their seven previous Serie A meetings (D2, L5), Inter will be confident of snapping that unwanted run after winning five home league games in a row. Antonio Conte’s men can find another encouragement in their ability to recover after falling behind – Inter have lost only two of the eight Serie A matches in which they conceded the opening goal (W4, D2).

Meanwhile, Juventus have hit the ground running since the turn of the year, racking up three consecutive Serie A wins since the calendar flipped. Interestingly, each Juve’s victory in 2021 has seen them score over 2.5 goals and concede precisely once per game. Away from home, ‘I Bianconeri’ have yet to lose in Serie A this season (W4, D4), winning each of their last three league trips via at least a two-goal margin. Moreover, the H2H Serie A stakes hugely favor Juventus, who have won 84 of their 174 top-flight meetings with Inter thus far (D44, L46). But, their hopes of winning here will hinge on whether they can prevent Inter from breaking the deadlock – Andrea Pirlo’s men have claimed just one victory in the five Serie A games in which they conceded the first goal (D3, L1). 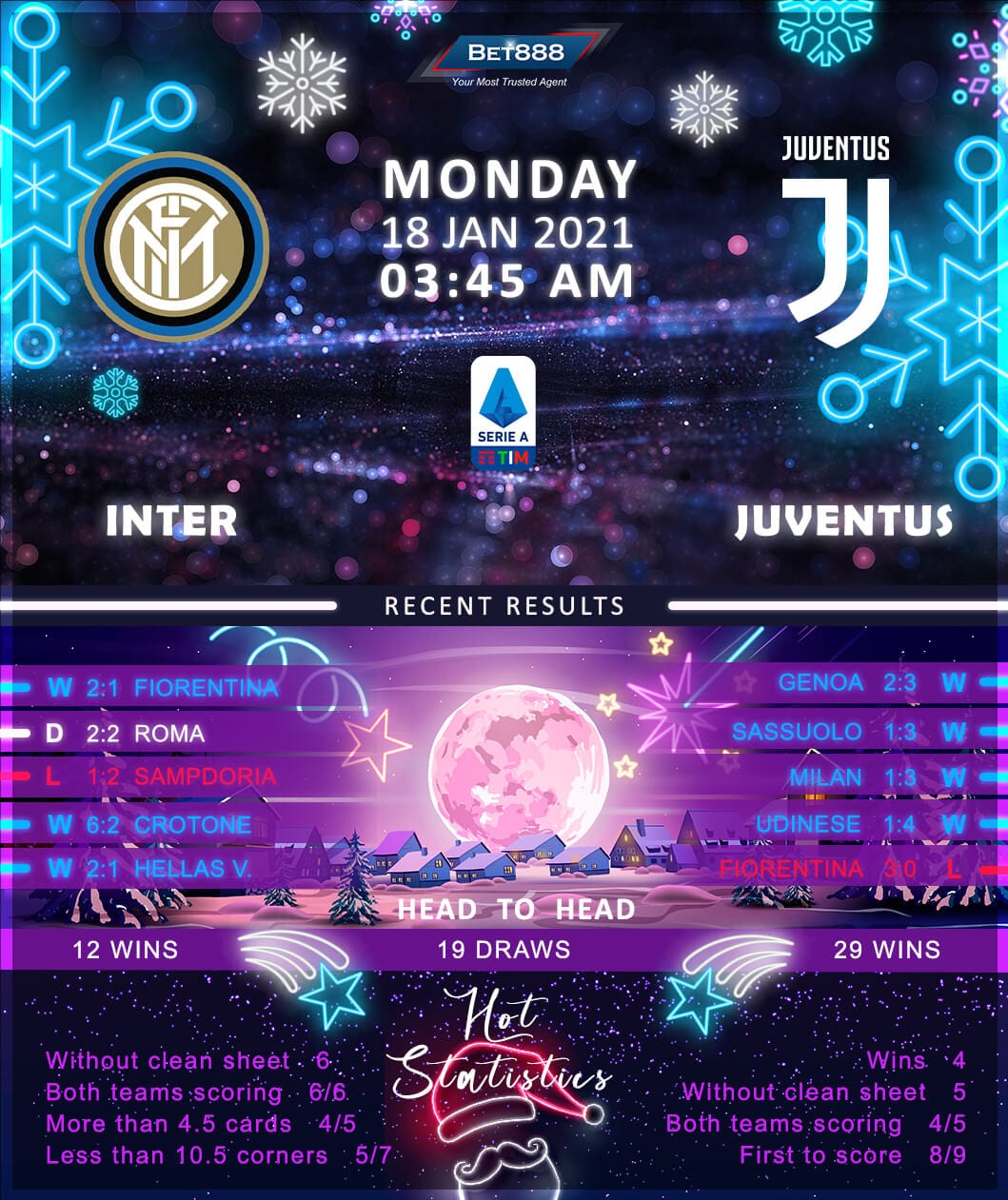