Stadio Giuseppe Meazza is the venue, as Internazionale and Lazio go head-to-head in a mouth-watering Serie A fixture.

Inter have gone unbeaten in five Serie A games on the bounce (W3, D2) since succumbing to a 2-1 away defeat at Sampdoria on Matchday 16, climbing to within two points of top-placed AC Milan in the process. At home, ‘I Nerazzurri’ have returned a league second-highest 25 points this season (W8, D1, L1), winning their last seven Serie A outings at the Giuseppe Meazza by an aggregate score of 22-6. Another bright spot has been Inter’s ability to finish their Serie A home matches on a strong note, as they’ve found the net on or beyond the 75-minute mark in 50% of their home league outings while conceding just once in that same timeframe. However, Antonio Conte’s men have endured mixed fortunes in their previous six top-flight meetings with Lazio at home (W2, D2, L2), with each of their last four such match-ups seeing one or both sides fail to score.

In the meantime, Lazio are currently in the midst of a fine spell of form of their own, having racked up a six-game winning Serie A streak ahead of this trip, returning a +10 goal difference from that run (GF:13, GA:3). Coming into this matchday, Simone Inzaghi’s men are the only side yet to taste defeat in Serie A this calendar year (W6, D1), gaining the most league points (21) in the process. Notably, if ‘I Biancocelsti’ manage to get on the scoresheet here, they would equal a record set in 1994 that saw them score at least once in 18 consecutive Serie A matches. But, Lazio’s hopes of winning will hinge on whether they can prevent Inter from opening the score, as they have lost all three of their top-flight tips in which they conceded the first goal this season. 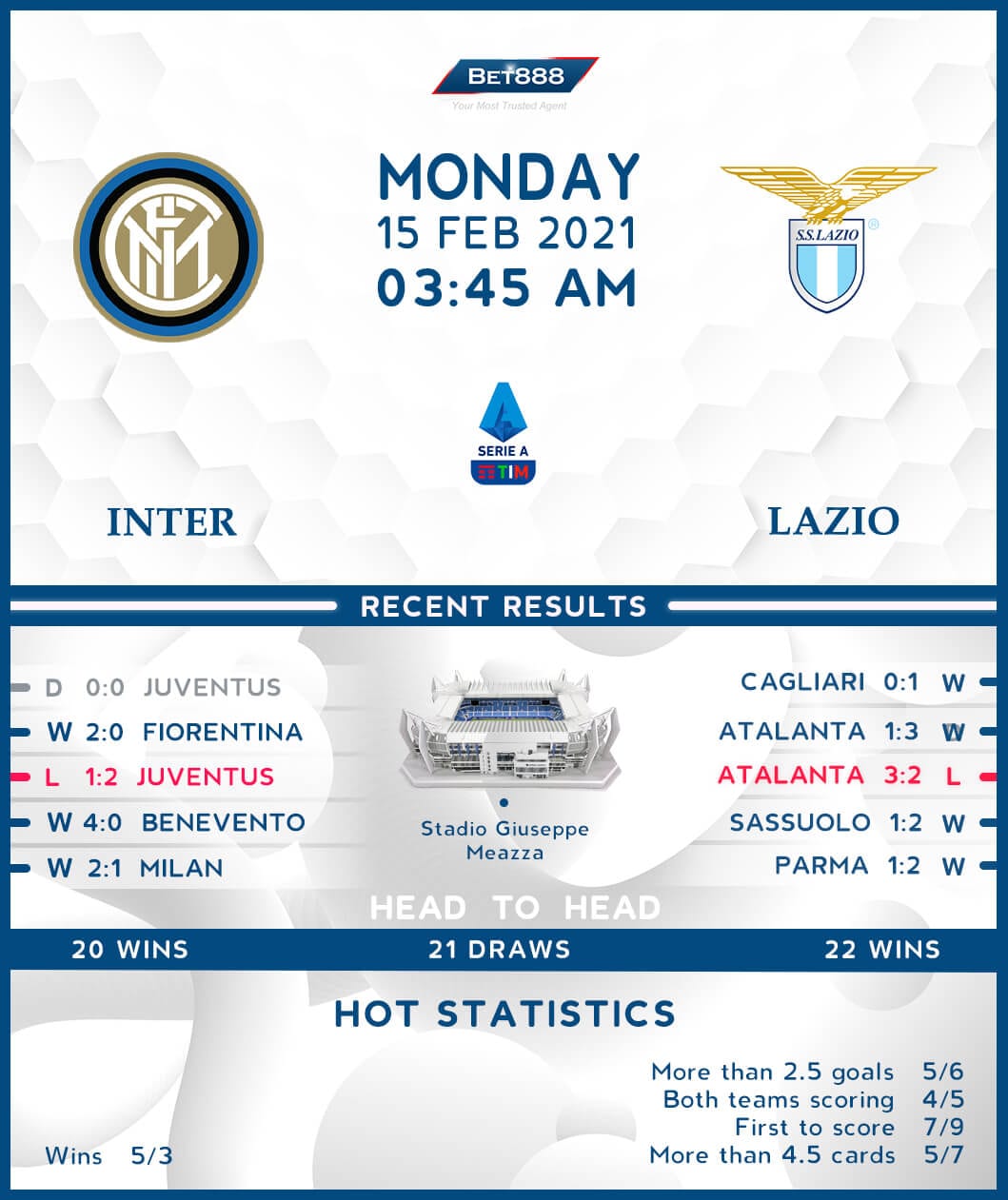