Internazionale welcome Napoli to the Stadio Giuseppe Meazza for a massive Serie A showdown in the midst of a purple patch.

The hosts have racked up a four-game winning Serie A run since being held to a 1-1 away draw to Atalanta in early October, beating their opponents by at least a two-goal margin each time during that sequence. Indeed, an upturn in form has seen Inter go from two consecutive home league matches without a win (D1, L1) to back-to-back triumphs, both of which featured over 1.5 second-half goals. High scoring has been a theme for ‘I Nerazzurri’ this season, as each of their five home Serie A fixtures has seen over 2.5 goals and both teams on the scoresheet, with four producing 4+ total goals. Far more dangerous after half-time, Antonio Conte’s men have accrued 71.43% (10) of their 14 home Serie A goals scored in the second half of play.

Meanwhile, Napoli have won three consecutive Serie A fixtures since losing 3-1 to AC Milan on Matchday 8, with two of those victories coming by the same 4-0 scoreline. As a consequence, they take the field as the only side in Italy yet to draw a league match this season (W8, L3). The ‘clean-sheet’ theme remains quite significant in the context of Napoli’s away results this term, as four of their five away Serie A games won/lost have seen the victor shut out the loser. In turn, each of their last five top-flight trips to Inter has seen one or both sides fail to get on the scoresheet (W1, D1, L3). But, Napoli lost both of their last season’s Serie A meetings with Inter via two-goal margins and have drawn a blank in three of their previous league trips held at the Giuseppe Meazza. 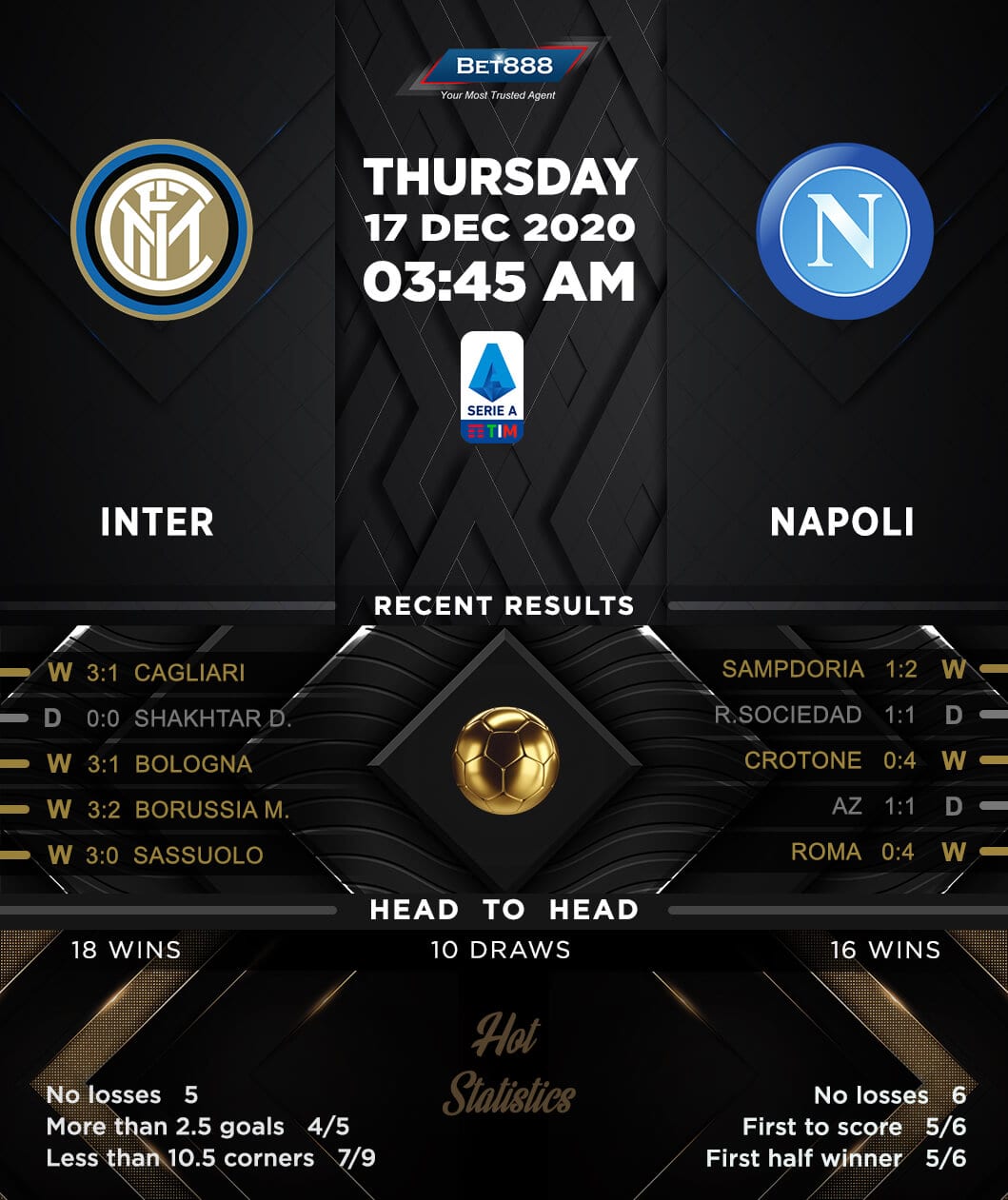