A 3-2 defeat in Madrid in the reverse fixture means the ‘Nerazzurri’ have lost three of their last four clashes against Real Madrid in major European competitions (W1), as the hosts head into this encounter looking to post their first win in the Champions League this season (D2, L1). But, the Serie A giants have never lost at home to Real Madrid in competitive European matches (W5, D2), winning each of the last three such contests. Still, since the beginning of last season, Antonio Conte’s men have won only one of their four home matches in the Champions League group stage (D2, L1). Lapses of concentration in the later stages of play have seen Inter concede on or beyond the 80-minute mark in two of their opening three group stage fixtures.

Meanwhile, before beating Inter last time out, the visitors had lost three of their four Champions League fixtures beforehand (D1), conceding over 1.5 goals on each occasion. Remarkably, though, ‘Los Blancos’ have picked up seven wins in eight Champions League games versus Serie A opponents under Zinedine Zidane (L1), scoring 2+ match goals in each victory. High-scoring has been a theme for Real Madrid on the road in the Champions League in recent times, as four of their last five away games in this competition have produced over 2.5 goals (W2, D1, L2). But, Real’s defensive woes have been widely exposed away from home lately, as they’ve failed to keep a clean sheet in each of their last four competitive road trips, conceding an average of 2.00 goals per game in that sequence. 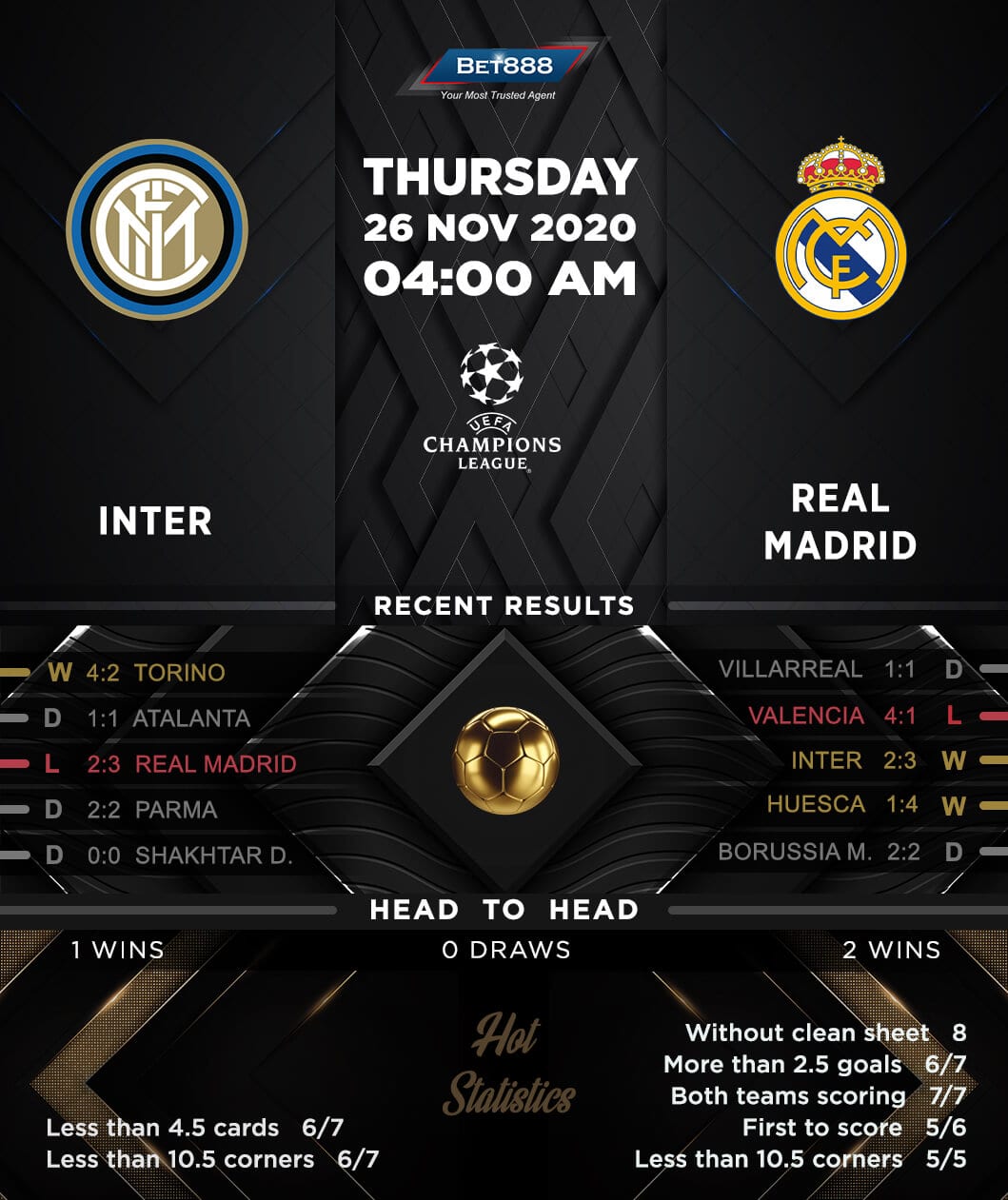