Internazionale and Roma go head-to-head at the Stadio Giuseppe Meazza in a massive Serie A showdown.

A 5-1 thumping of Sampdoria at this stadium last time out extended Inter’s unbeaten run in Serie A to 19 matches (W15, D4), with Antonio Conte’s men winning their last three league fixtures by an aggregate score of 8-1. Additionally, ‘I Nerazzurri’ have set the new club record for 14 consecutive home Serie A victories, 57.14% of which came by at least a two-goal margin. The hosts’ ability to bounce back has seen them win 60% of the home Serie A games in which they conceded first this term (GP5 – W3, D1, L1). However, Inter’s last home win over Roma in Serie A dates back to October 2015, with the newly-crowned champions failing to beat this opposition in their four subsequent H2Hs as hosts (D3, L1). Since taking charge of Inter in 2019, Conte has defeated 21 of 22 sides he has met in Serie A, with Roma being the only exception.

On the other hand, Roma’s 5-0 thrashing of dead-last Crotone last time out ended a run of four consecutive Serie A games without winning (D1, L3). However, ‘I Giallorossi’ have failed to win any of their last five away Serie A fixtures (D1, L4), conceding 2+ goals on each occasion at an average of 2.4 goals per game. Having lost each of their last three league trips, Roma stare at the prospect of suffering four away Serie A defeats on the trot for the first time since November 2018. Paulo Fonseca’s men have established a habit of falling behind without recovering away from home, ending up on the losing side in 87.5% of the road Serie A matches in which they conceded first (D1, L7). What’s more, the visitors have won just 50% of the away league games in which they were ahead at half-time (W3, D1, L2). 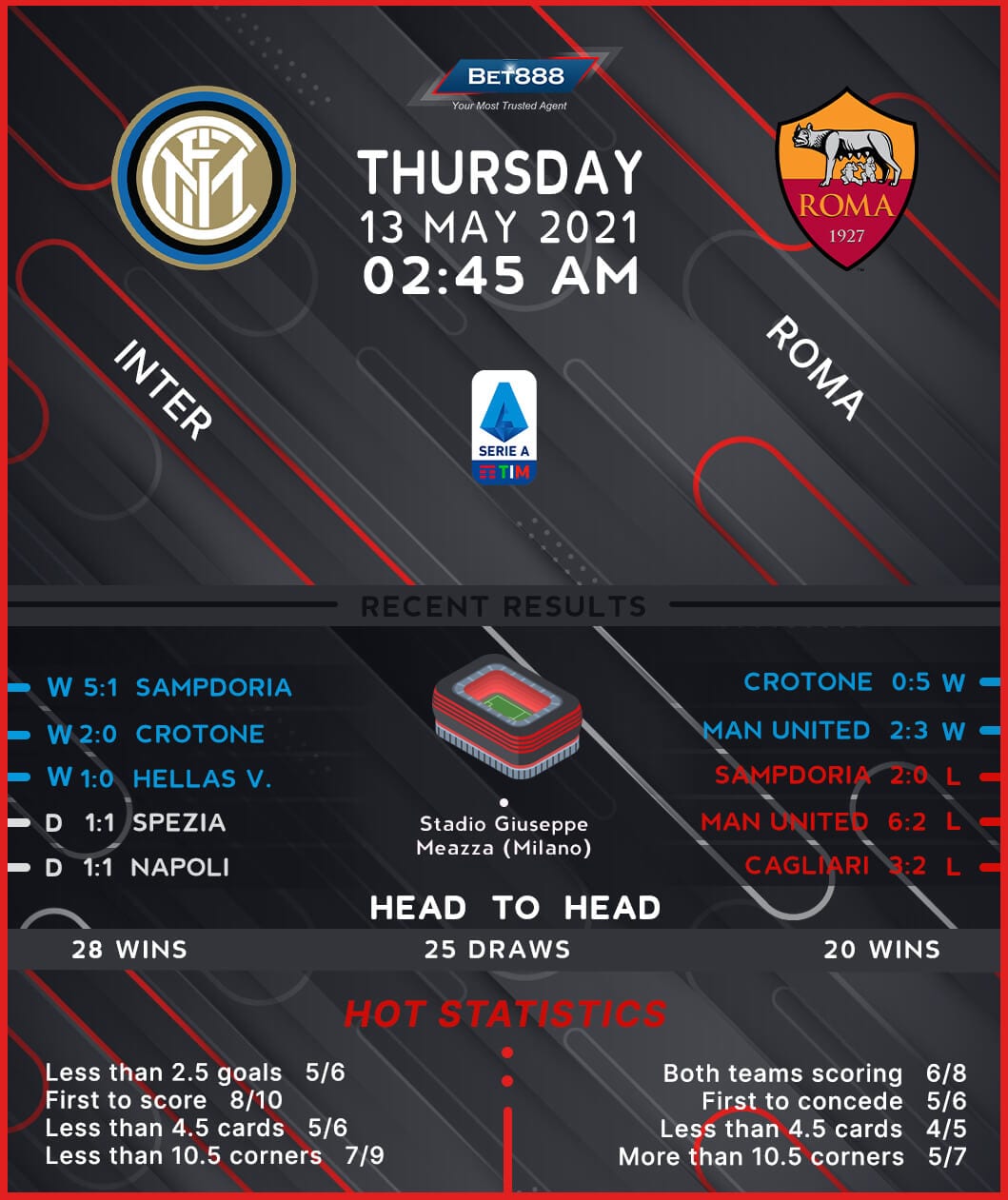