Connoisseurs of action-packed football will be hoping that Internazionale and Sampdoria can both score in a sixth consecutive Serie A encounter at the Stadio Giuseppe Meazza.

Since going down 2-1 to Sampdoria in the reverse fixture back in January, ‘I Nerazzurri’ have gone unbeaten in 18 Serie A matches on the trot (W14, D4) to win their first Scudetto since 2009/10 with four games to spare. Coming into this matchday, the newly-crowned champions have won 13 consecutive home Serie A fixtures and are now looking to set a club record for 14 league wins on the bounce at the Giuseppe Meazza. Inter have won their last three top-flight meetings with Sampdoria at home despite failing to keep a clean sheet on each occasion, with all four of their goals conceded in that sequence coming after half-time. Antonio Conte’s men often tend to step on the gas in the latter stages of play, as witnessed by the fact they’ve found the net beyond the 75-minute mark in 50% of their home Serie A games this term (8/16).

Meanwhile, none of Sampdoria’s last five Serie A matches have ended level (W3, L2), with four of those results (win/loss) seeing the victor keep a clean sheet. Topically, the last time ‘I Blucerchiati’ drew a top-flight meeting with Inter was in October 2015, albeit they’ve won just three of their ten Serie A H2Hs since then (L7). Away from home, Claudio Ranieri’s men have secured just one victory in their last seven league fixtures (D3, L3), courtesy of a 1-0 win over already doomed Crotone on Matchday 32. Moreover, the visitors have developed a habit of falling behind without recovering, having failed to win any of the ten away Serie A matches in which they conceded first so far this season (D3, L7). Encouragingly, though, four of the five road league games in which they were in front at half-time, they won (L1). 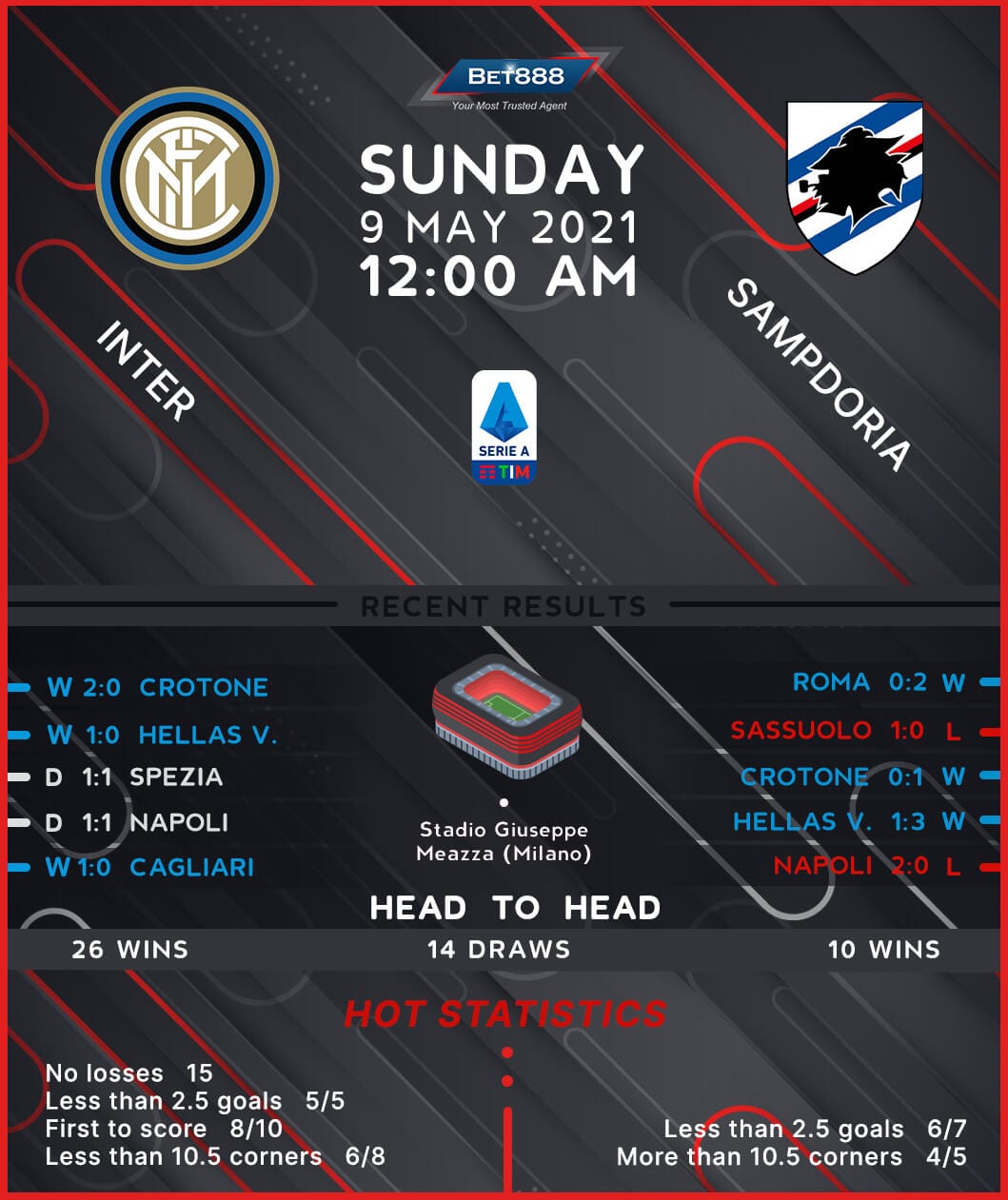