High-flying Internazionale and out-of-sorts Sassuolo will trade tackles at the Stadio Giuseppe Meazza in an exciting Serie A fixture.

A keenly contested 2-1 success at Torino last time out gave Inter Milan an eighth consecutive victory in Serie A as they now look to win nine in a row for the first time since 2007. At home, ‘I Nerazzurri’ have racked up an intimidating ten-game winning league streak since being held to a 2-2 draw to Parma in late October, last enjoying a longer such run in 2011 (13 at that time). Additionally, Antonio Conte’s men have netted a league second-high 36 home goals this Serie A campaign, registering a clear majority (69.44%) of them in the second half of play (25). That said, it is no surprise that the runaway Serie A leaders only succumbed to one reverse in the five home league matches in which they conceded first this term (W3, D1). Worryingly, though, they have failed to beat Sassuolo in any of their last five top-flight H2Hs as hosts (D2, L3).

On the other hand, Sassuolo squandered a 2-0 HT lead to lose 3-2 at Torino in midweek, as they’ve now won just one of their last seven away Serie A fixtures (D1, L5). High scoring has been a common theme in their recent league trips as six of the previous eight have seen over 2.5 goals and both teams on the scoresheet. Despite an indifferent away form (W6, D3, L5), quick-start Sassuolo have scored the opening goal (if any) in 64.29% of their away Serie A games this season (9/14). With those two strikes in Torino last time out, ‘I Neroverdi’ have now scored a third of their total league goals scored on the road before the interval (8/24). Indeed, it was only the third time in their 14 away Serie A games this season that Roberto De Zerbi’s men were in front at half-time (HT: W3, D8, L3). 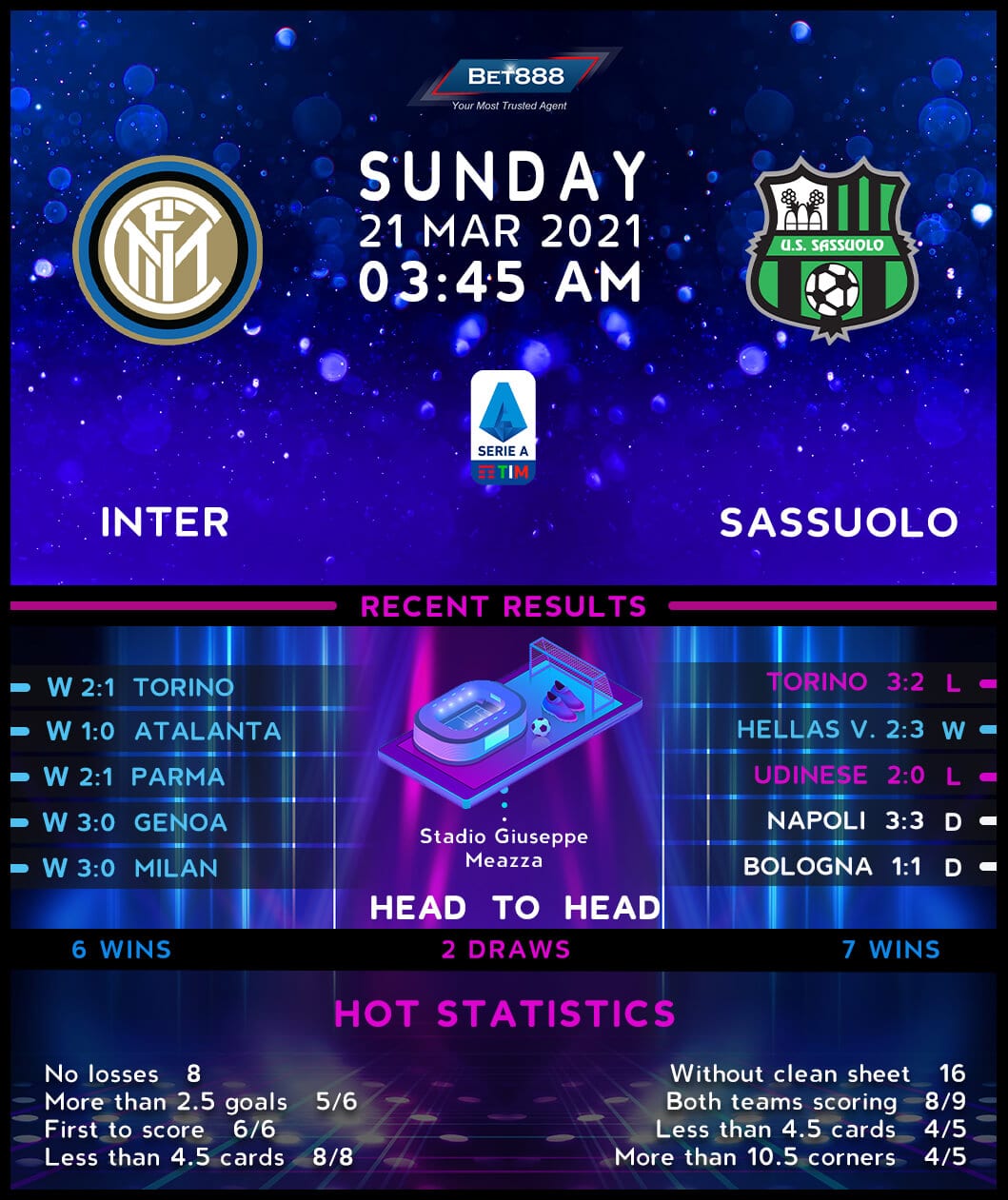