Iran and Iraq are set to trade tackles at the Al Muharraq Stadium in one of the most exciting match-ups in the 2022 World Cup qualifying Group C.

The hosts have performed in patches in the 2022 World Cup qualifying campaign so far as they head into this matchday as the only team in Group C yet to draw a single game (W5, L2). Encouragingly, they have gone from back-to-back single-margin qualifying defeats to three consecutive victories by an aggregate score of 16-1. The Iranians have been unrelenting on home soil in the ongoing World Cup qualifying series, winning all three home matches 20-1 on aggregate. Particularly lethal after the break, Iran netted 2+ second-half goals on each occasion during that three-game sequence. Additionally, the ‘Cheetahs’ go into this meeting in the midst of a purple patch, having won their last six internationals in a row, netting over 1.5 goals each time.

On the other hand, the visitors have been nothing short of outstanding in the 2020 World Cup qualifying campaign so far, and they remain the only nation in this section yet to taste defeat (W5, D2). Away from home, the ‘Lions of Mesopotamia’ have conceded just a single goal in their three World Cup qualifiers, scoring precisely one goal twice themselves. If considered only 90 minutes of play, Iraq have failed to beat their neighbors in each of their last six encounters on foreign soil (D3, L3), drawing a blank three times across that spread of fixtures. Since losing 2-0 to Tunisia in June 2019, Srecko Katanec’s men have gone unbeaten in their subsequent 13 away matches, friendlies included (W7, D6). 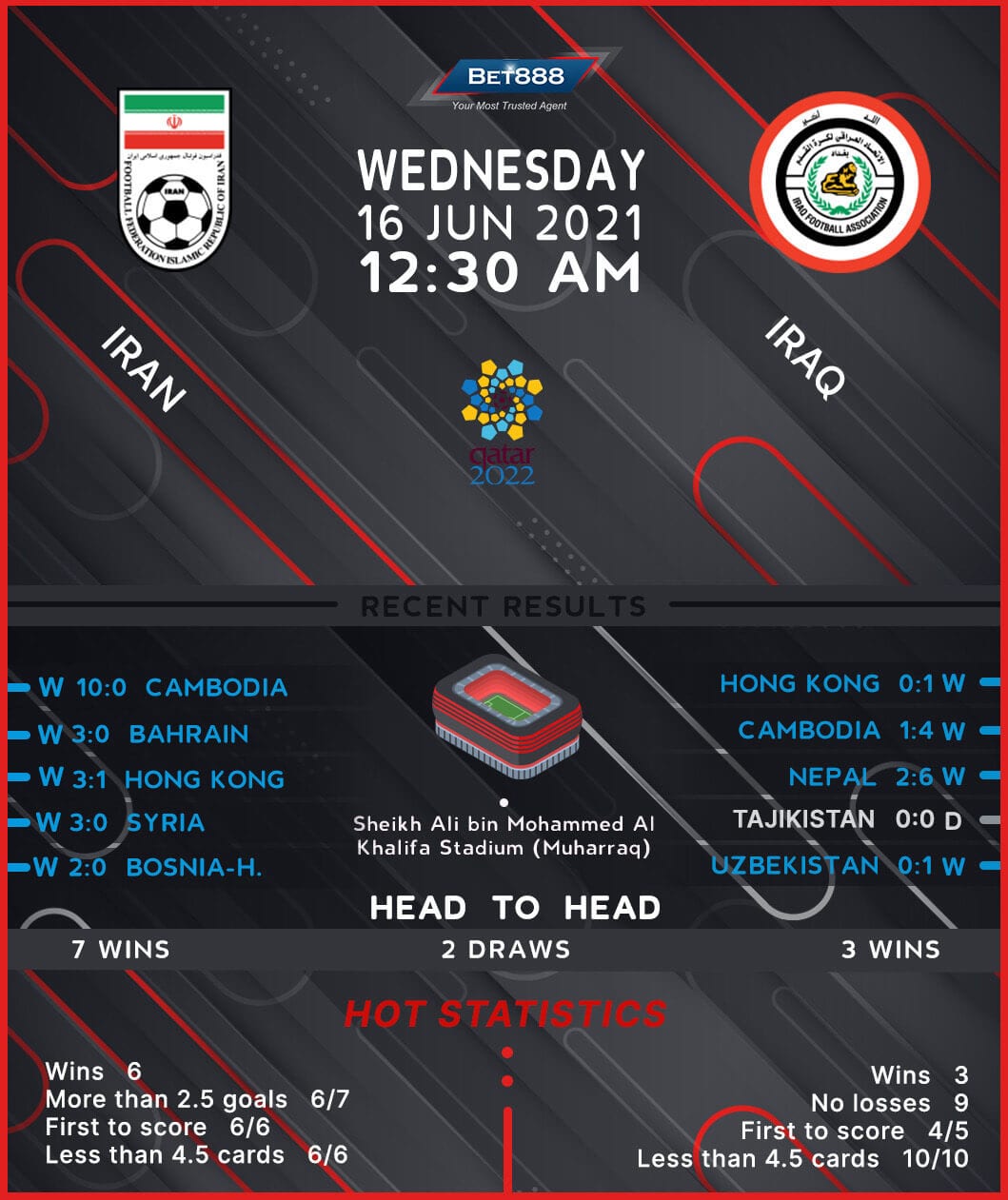