Bloomfield Stadium is the venue as Israel and Denmark begin their journey to the FIFA World Cup 2022 in Qatar.

Having either finished third or fourth in their last six World Cup Qualification campaigns, Israel will be looking to secure a spot in the final tournament for the first time since 1970. Easier said than done, though, as they take the field after claiming just three victories in their last 14 games (D4, L7), disturbingly netting under 1.5 goals on 11 occasions. Despite their lack of ruthlessness in front of goal, the ‘Blue and Whites’ should be able to score at least once here as they did in each of their last ten competitive outings. Against this backdrop, Willibald Ruttensteiner’s men have lost each of their previous three home matches in the World Cup qualifiers without reply. Moreover, they have lost each of their last four competitive meetings with Denmark, all of which by at least a two-goal margin.

As for the visitors, a 4-2 away defeat at the hands of Belgium in the UEFA Nations League last time out saw Denmark’s four-game unbeaten run in all competitions come to a halt (W3, D1). After bowing out of the FIFA World Cup 2018 Round of 16, they will be looking to land back-to-back appearances at the final tournament for the first time since 2002. Since exiting the World Cup in Russia, Kasper Hjulmand’s men have suffered just one reverse in nine competitive away fixtures (W4, D4), conceding the opening goal (if any) only twice in that sequence. Furthermore, ‘Danish Dynamite’ executed an almost perfect qualifying campaign en route to reaching Russia, having lost just two of their ten outings in that period (W6, D2). Interestingly, four of Denmark’s last six competitive away games have seen one or both sides fail to score. 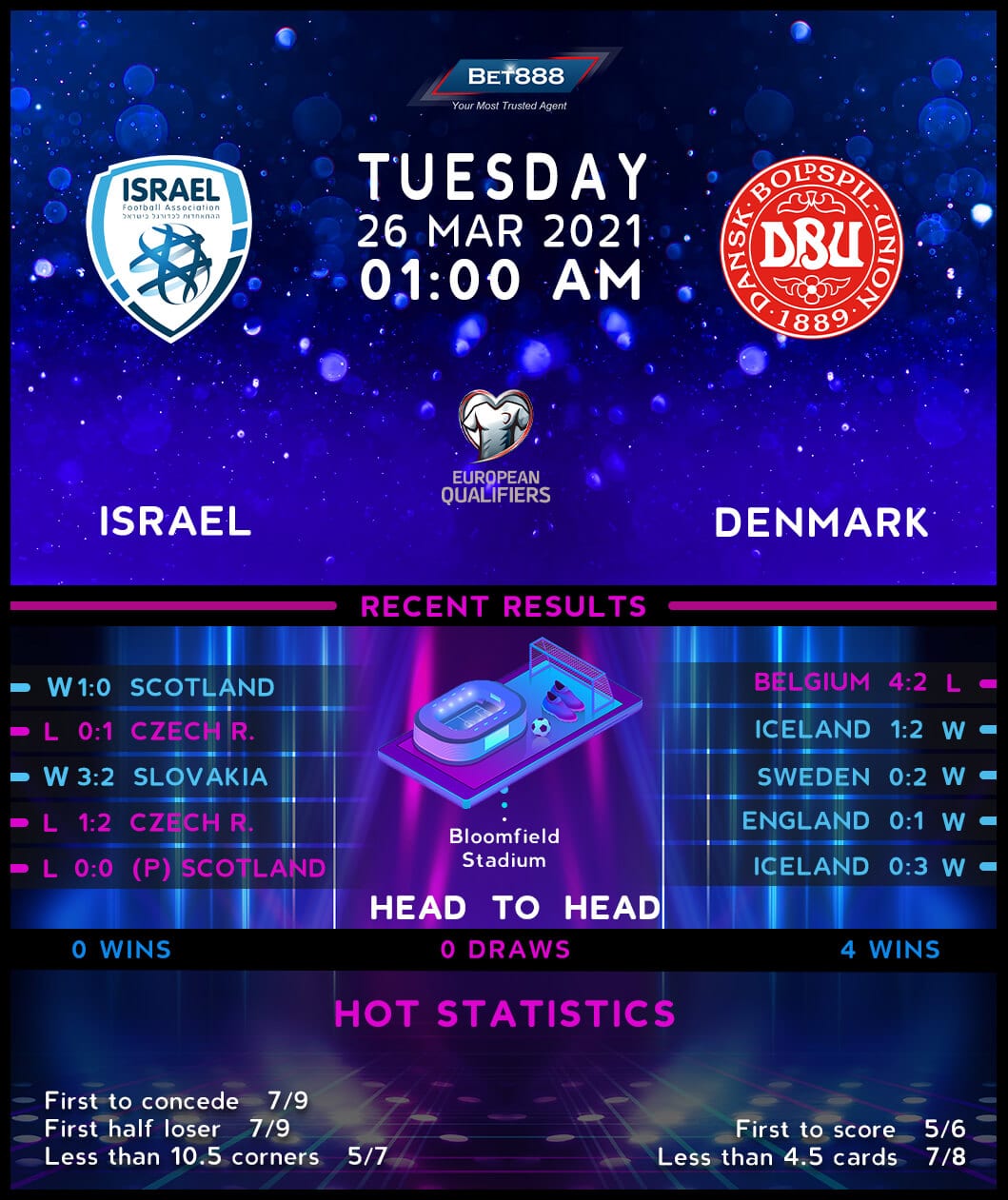