It’s been a stunning Euro 2020 journey for Italy so far, as they finished top of Group A with all three wins and an intimidating +7 goal difference (GF:7, GA:0). Indeed, the Italians have qualified for the knock-outs as one of only two sides alongside England to keep a clean sheet in all three group stage fixtures. Ahead of the kick-off, Roberto Mancini’s men are unbeaten in their previous 30 international games (W25, D5), winning each of the last 11 in a row without conceding once. If they manage to keep Austria at bay, Italy will record their all-time longest run of 12 consecutive clean sheets. At the other side of the pitch, ‘Gli Azzurri’ attempted an average of 20 shots per game across their three group stage matches at Euro 2020, their highest ratio at the European Championships since 1980.

On the other hand, Austria defeated North Macedonia and Ukraine to cancel out a 3-0 thumping to the Netherlands and finish runners-up in Group C. As a result, the Austrians have qualified for the European Championship knock-out phase for the first time. The last time they advanced to the knock-outs at a major tournament was at the 1954 World Cup. However, a trip to London may stir some painful memories within the Austria camp, considering they have lost four of their previous six matches in the English capital (W1, D1). If they beat Italy, it will be the first time since November 2020 that ‘Das Team’ have recorded back-to-back wins in competitive fixtures. Easier said than done, as the Austrians have failed to outscore this opposition in any of their last 13 encounters (D3, L10 since a 2-1 friendly victory in December 1960. 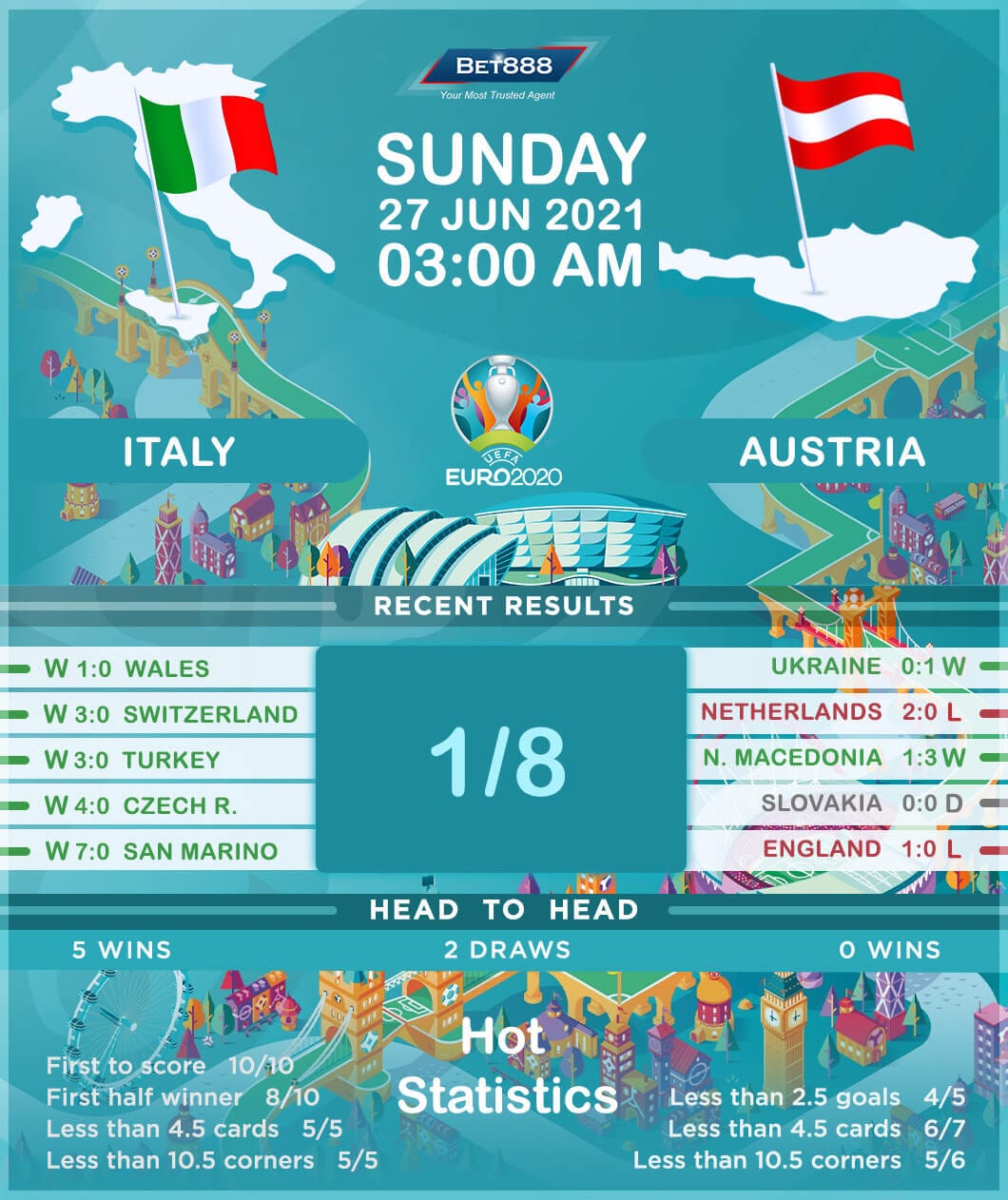