Italy and the Czech Republic are set to face-off at the Stadio Renato Dall’Ara in an international friendly fixture as both sides gear up for the upcoming Euro finals.

It’s been almost three years since Italy last suffered defeat, going down 1-0 away to Portugal in the UEFA Nations League back in October 2018. Indeed, ‘Gli Azzurri’ head into proceedings unbeaten in their previous 26 matches (W21, D5), winning the last seven in a row by an aggregate score of 21-0. Defensively robust, Roberto Mancini’s men have kept a clean sheet in ten of their last 11 matches. The Italian fans have every reason to be optimistic about this fixture, considering the hosts have avoided defeat in each of their last four meetings with the Czech Republic (W2, D2), scoring exactly twice per match on three occasions in the process. Topically, Italy have netted precisely two goals in five of their previous six outings.

Meanwhile, the visitors have experienced a dip in form ahead of this trip, going from three consecutive wins to back-to-back matches without winning (D1, L1), with both of those outings yielding under 2.5 total goals. Since being held to a 1-1 away stalemate to Norway in the World Cup Qualifying back in June 2017, the Czech Republic haven’t drawn any of their subsequent 22 games on foreign soil (W11, L11). Yet, their recent away matches have been notably tight as five of the last six have yielded a full-time margin of a single goal (W3, L3). The first-half action has been at a premium in the Czech’s recent trips, with each of the last two featuring a goalless first-half score. 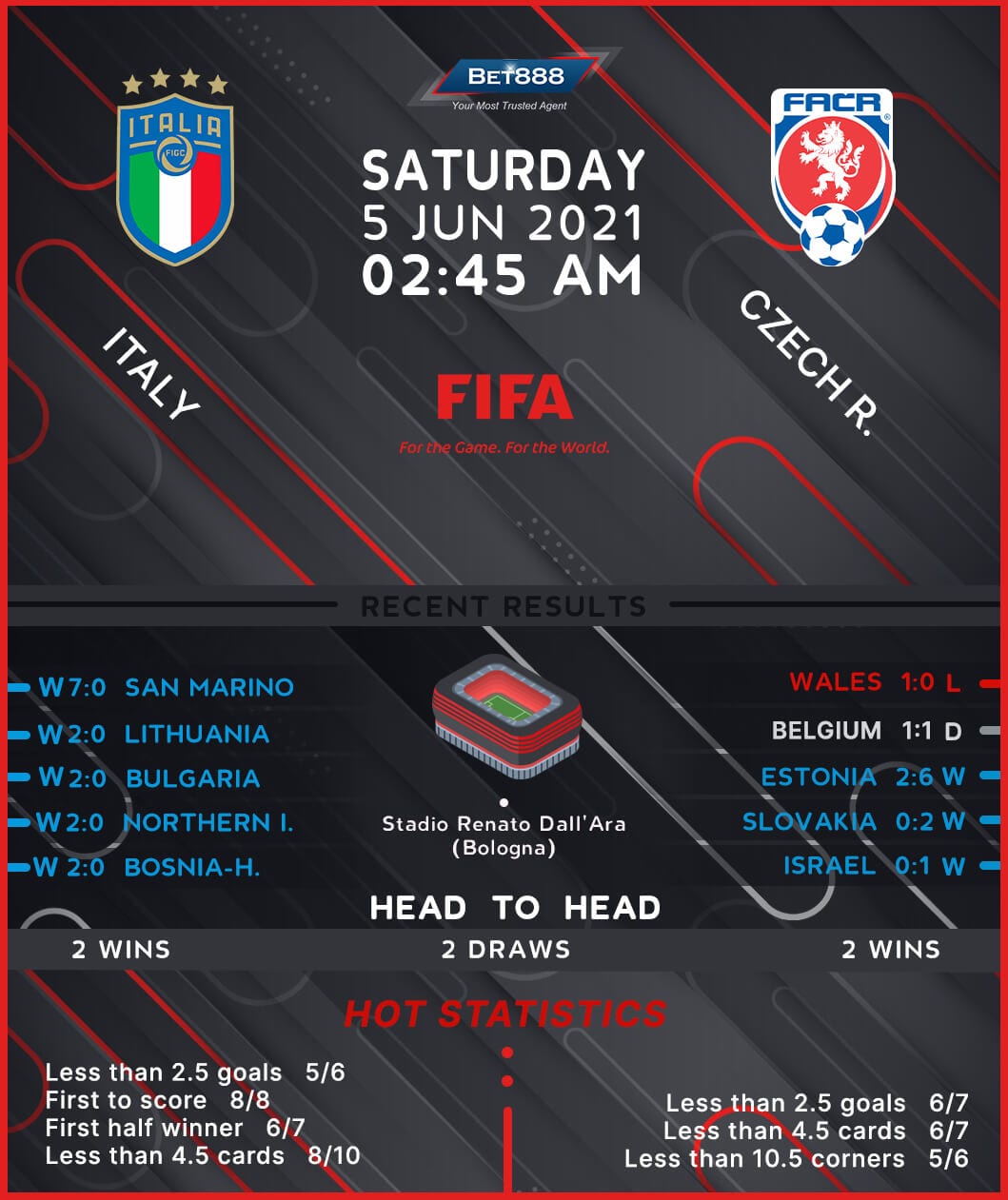