Despite going unbeaten in all eight World Cup qualifying Group C fixtures (W4, D4), Italy will have to find their way to Qatar 2022 via play-offs after drawing four of their last five qualifying matches (W1), including the last two in a row. ‘Gli Azzurri’ will be looking to avoid back-to-back failed attempts to qualify for the World Cup finals for the first time in the nation’s history. Worryingly, though, since lifting the Euro 2020 title last summer, Roberto Mancini’s men have netted 2+ goals only twice across their seven international outings. Moreover, Italy have only won two of their five home matches in the post-Euro 2020 period (D2, L1), failing to keep a clean sheet four times in the process.

In the meantime, North Macedonia are dreaming of making their first-ever World Cup finals appearance as an independent nation, having made their maiden European Championships bow last summer. Despite ensuring an impressive runner-up finish to Germany in World Cup qualifying Group J, the Macedonians are clear underdogs here, having lost both previous international meetings with nations ranked inside FIFA’s top-11 by a 3- goal margin. It’s also worth noting that Blagoja Milevski’s men conceded the opening goal in all three Euro 2020 outings, going on to lose each clash. Even though they are relatively inexperienced in this kind of matches, Macedonia can draw inspiration from scoring in both qualification H2Hs for the previous World Cup finals in Russia, including a 1-1 draw on hostile turf. 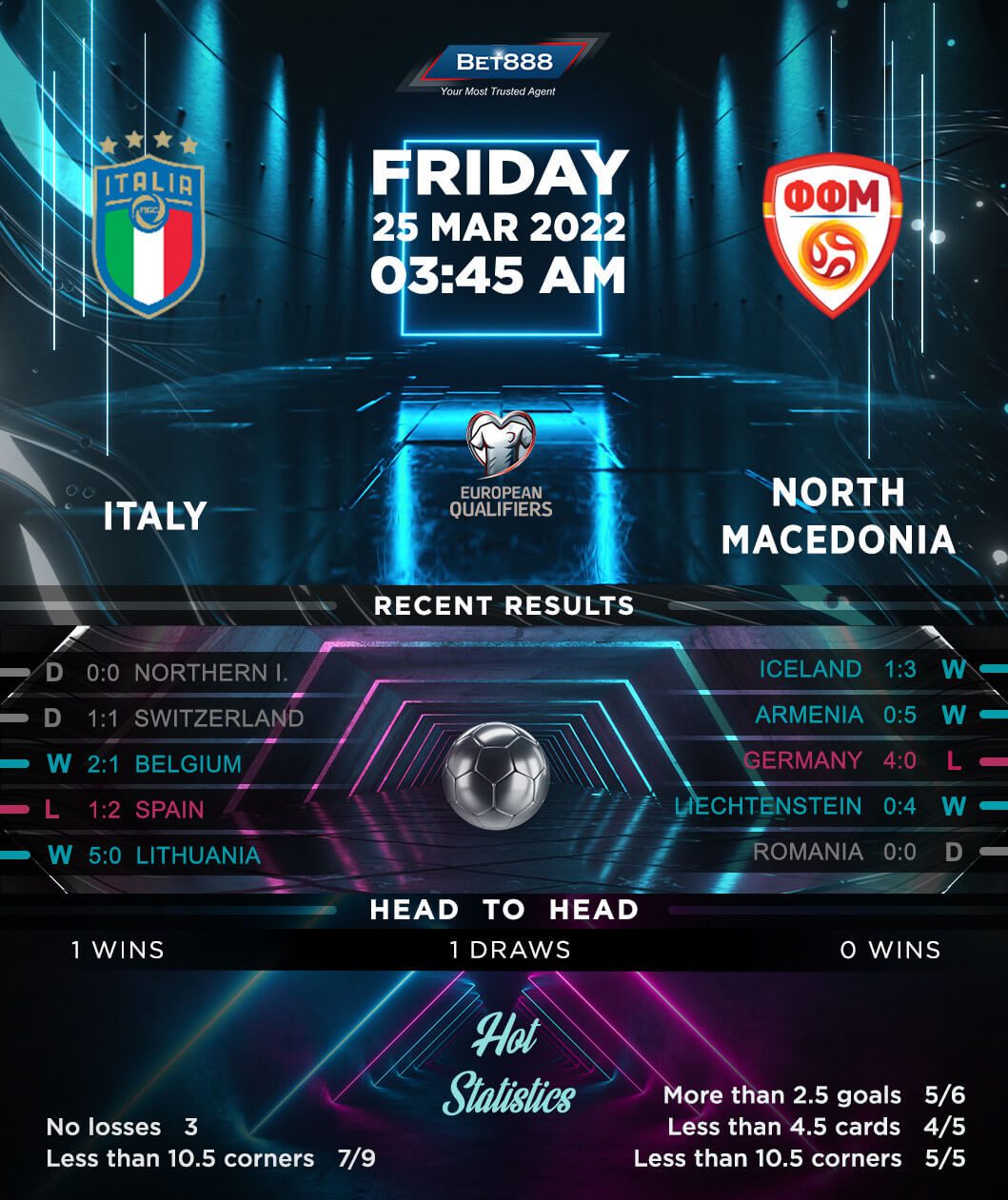