Italy will seek redemption for the World Cup Qualification fiasco last time around as they welcome Northern Ireland to the Stadio Ennio Tardini for their opening World Cup qualifier.

After missing out on the last final tournament for the first time since 1958, Italy will be looking to avoid a similar setback this time around. On a positive note, however, the Italians enter this fixture unbeaten in their previous 22 matches, friendlies included (W17, D5). When it comes to competitive football, Roberto Mancini’s men have won three of their last five games (D2), keeping a clean sheet four times and leading at half-time on three occasions. Moreover, it is hard to find more frightening hosts than ‘Gli Azzurri,’ who last lost a competitive match on home turf in 1999. More recently, they have racked up five victories in their previous eight home fixtures across various competitions (D3), returning an intimidating +21 goal difference for their trouble (GF:25, GA:4).

Not exactly a definition of a force to be reckoned with, Northern Ireland seek their first appearance in the World Cup finals since 1986. Ahead of the kick-off, the ‘Green and White Army’ have failed to win any of their last 12 competitive fixtures (D4, L8) if considered only 90 minutes of play, albeit they have found the opening goal twice in a row now. ‘Both teams to score’ has been a common theme in their recent matches, though, as seven of the last nine have witnessed both sides hit the net. Away from home, Ian Baraclough’s men have succumbed to four defeats in their previous six competitive outings (W1, D1), scoring precisely once per game in all but two. Lapses in concentration in the later stages of play have seen Northern Ireland register 50% of their last 12 goals conceded on the road beyond the 79-minute mark. 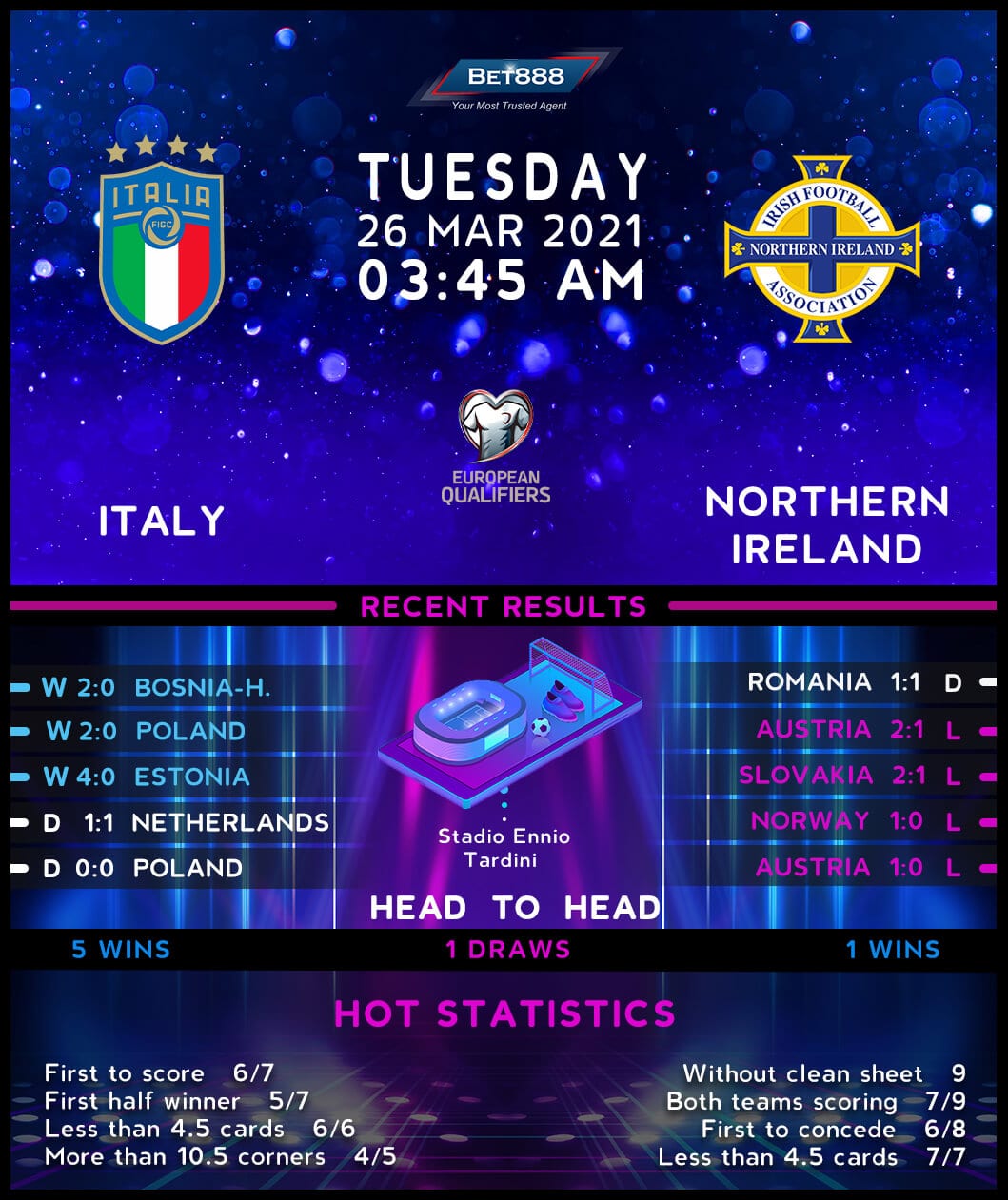