Italy’s preparations for the upcoming Euro 2020 begin at the Sardegna Arena as they welcome Apenninean minnows San Marino in an international friendly.

Italy take on a side they’ve defeated in both of their previous meetings by an aggregate score of 12-0. The Italians head into proceedings in the midst of a purple patch, having gone undefeated in a staggering 25 matches in a row since suffering a 1-0 away loss to Portugal in the UEFA Nations League back in October 2018 (W20, D5). Furthermore, since playing out back-to-back draws with the Netherlands and Poland in the UEFA Nations League back in October 2020, ‘Gli Azzurri’ have reeled off a series of outstanding performances to rack up a six-game unbeaten run, friendlies included. Prolific in the front third and equally impressive at the back, Roberto Mancini’s side returned a resounding +14 goal difference from that six-match sequence (GF:14, GA:0), with five of those triumphs yielding the identical 2-0 scoreline.

Meanwhile, San Marino are the world’s worst-ranked nation and for a good reason. Since succumbing to a 3-1 home defeat to Kazakhstan in November 2019, ‘La Serenissima’ have failed to find the net in each of their subsequent ten outings, losing 70% of those matches by at least a two-goal margin. Away from home, Franco Varrella’s men last scored in a 5-1 thumping to Azerbaijan in October 2017, going 13 road games without scoring since then. Alarmingly, San Marino conceded at least four goals in nine of those 13 fixtures. Overall in that sequence, they let in an average of 4.46 goals per match, keeping a clean sheet in a scoreless draw at Liechtenstein back in October 2020. 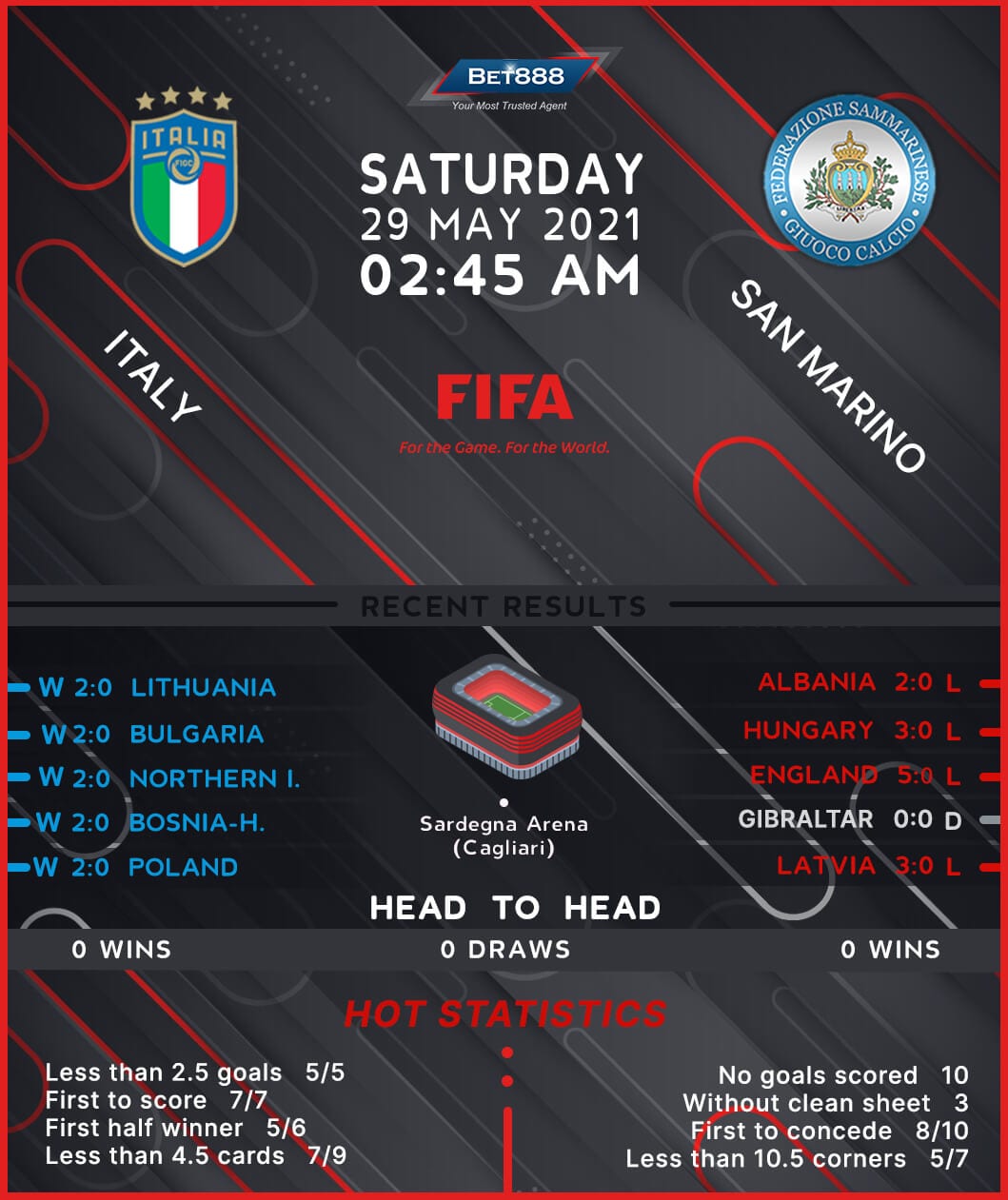