Euro 2020 Group A is drawing to a close as Italy and Wales go head-to-head at the Stadio Olimpico in their final group stage fixture.

Italy’s return to a major tournament following a disappointing 2018 World Cup absence saw them dismantle the likes of Turkey and Switzerland by the identical 3-0 scoreline to secure a place in the Euro 2020 knock-out stages with a game to spare. Far more prolific after the half-time break, the Italians have recorded five of their six goals scored at the tournament in the second half of play. Heading into Matchday 3, ‘Gli Azzurri’ are unbeaten in their last 29 international fixtures, including friendlies (W24, D5), last losing to Portugal in September 2018. If they avoid defeat against Wales, Italy will equal their all-time longest undefeated streak of 30 matches between 1935 and 1939. Notably, Roberto Mancini’s men have won their last ten international games in a row, registering a clean sheet in each.

On the other hand, Wales have avoided defeat in both of their opening two Group A fixtures (W1, D1), with two of their three goals across those matches coming beyond the 80th minute. If they stay unbeaten here, the ‘Dragons’ will advance to the knock-out stages, replicating the feat from their last two appearances at major tournaments. However, they face a formidable challenge in the shape of Italy, the team they have lost to seven times in their previous nine H2H meetings (L2), including a 4-0 thumping in their most recent encounter in the Euro 2004 qualifying campaign. Encouragingly, a 2-0 victory over Turkey on Matchday 2 marked Wales’ fourth clean sheet in six internationals, a sequence that saw them fail to score on two occasions. 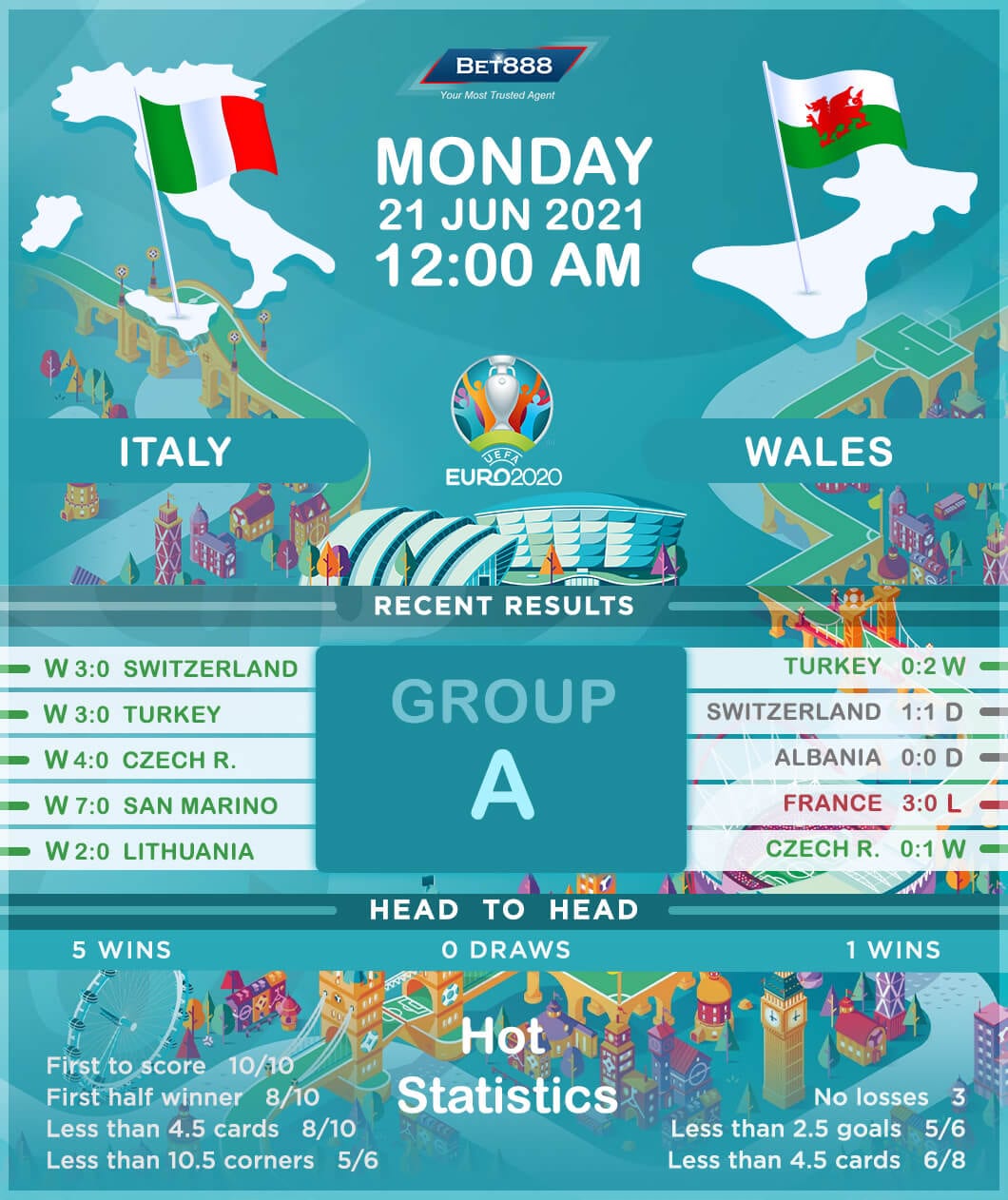