Jahnstadion Regensburg is the venue as Jahn Regensburg and Werder Bremen lock horns in the DFB Pokal quarter-finals.

The hosts outscored Paderborn 1-0 in their last 2. Bundesliga fixture, putting a four-match winless streak in all competitions to an end (D3, L1). For ‘Die Jahnelf,’ goals have been at a premium lately, as they’ve netted under 1.5 goals in seven of their last eight outings across several competitions, with five of their six strikes in that sequence coming inside the final ten minutes of either half. At home, Mersad Selimbegovic’s men are unbeaten in their last five competitive games (W2, D3), four of which have seen both teams on the scoresheet. Curiously, each of Regensburg’s three DFB Pokal matches this season has seen them progress after a penalty shoot-out, dumping the likes of Kaiserslautern, Wehen, and Koln in the process.

Meanwhile, Werder performed a stunning second-half comeback to beat Eintracht Frankfurt 2-1 at home at the weekend and snap a two-game winless run (D1, L1). Away from home, they have alternated a defeat with a win in their last three Bundesliga trips (W1, L2), drawing a blank in both reverses. Indeed, five of their previous seven competitive away matches have seen one or both sides fail to get on the scoresheet, which has been the case in their only meeting with Regensburg in the 21st century (2-0 win in DFB Pokal in 2004). Werder’s road to the Cup quarter-finals has seen them overcome three lower-league sides without conceding, outperforming a pair of 2. Bundesliga clubs in their last two DFB Pokal fixtures by multi-goal margins. 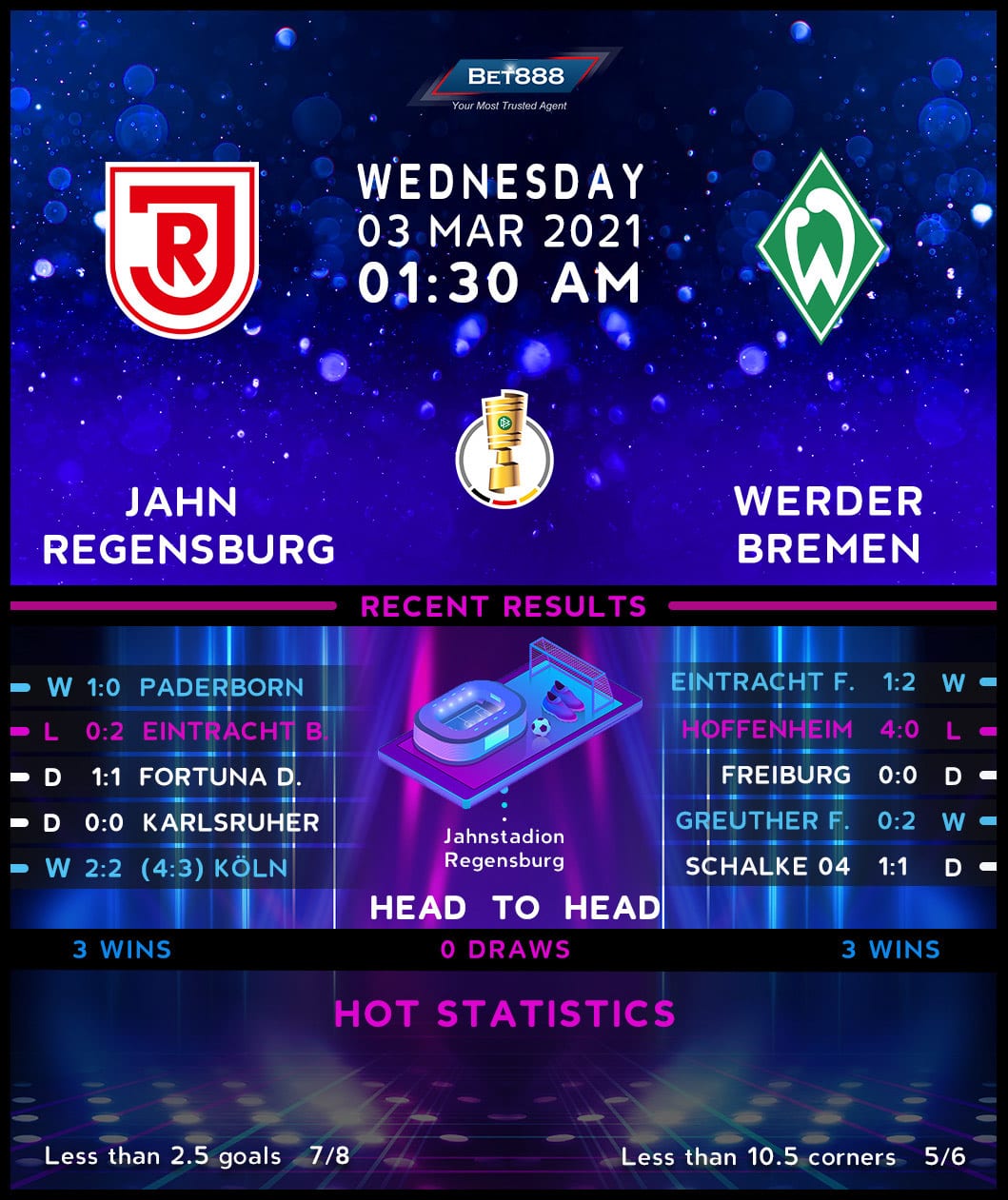