Panasonic Stadium Suita is the venue as Japan and Kyrgyzstan go head-to-head in the 2022 World Cup qualifying Matchday 10.

An outstanding start to their 2022 World Cup qualifying campaign has seen Japan win all seven qualifying fixtures by an aggregate score of 41-1 and secure a place in the third qualifying round. Ahead of the kick-off, the ‘Samuari Blue’ have picked up five consecutive wins in their international fixtures, keeping a clean sheet on four occasions in the process. Japan are overwhelming favorites to claim all three points here as they go up against a side they’ve defeated in their only previous H2H meetings by an aggregate scoreline of 6-0. Since a goalless stalemate with Cameroon in October 2020, Hajime Moriyasu’s men haven’t drawn any of their subsequent seven international matches on home soil (W6, L1), with all but one of those results (win/loss) seeing the victor keep a clean sheet.

Meanwhile, the visitors have blown hot and cold in the 2022 World Cup qualifying campaign, with just one of their seven qualifying fixtures ended level (W3, L3). Yet, the ‘White Falcons’ remain in contention for reaching the third qualifying stage as one of four best second-placed teams, though anything but a win here would see Kyrgyzstan cut adrift from the pack. Encouragingly, though, they have racked up back-to-back away triumphs since losing 1-0 to Turkmenistan in their opening Group F road trip despite failing to keep a clean sheet in both victories. Overall, Kyrgyzstan have alternated between winning (2) and losing (2) across their last four international matches on foreign soil. 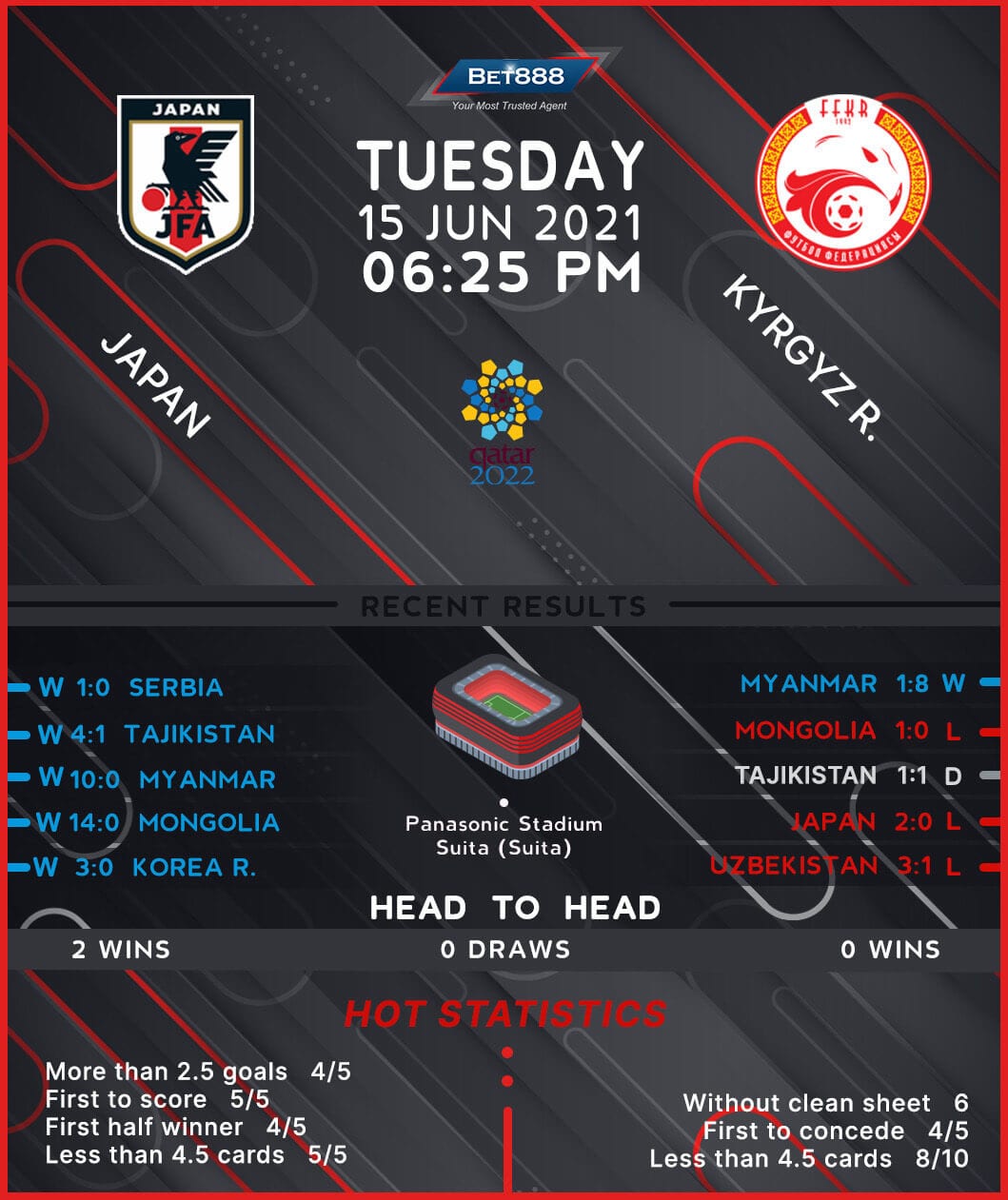