Paired together with the likes of Tajikistan, Kyrgyzstan, Myanmar, and Mongolia in Group C, Japan are odds-on favorites to finish top of the section, and they’ve already hit the ground running. Ahead of the kick-off, the ‘Samurai Blue’ have won their opening five World Cup Qualifying fixtures by an aggregate score of 27-0, including a 2-0 win against Myanmar in their Group C curtain-raiser. Coming into this matchday, Japan brushed aside Mongolia with an overwhelming 14-0 victory away from home, meaning each of their last eight matches has seen one or both sides fail to get on the scoresheet, friendlies included (W5, D1, L2). It is worth noting, though, that Japan’s last competitive home game dates back to October 2019, when they hammered Mongolia 6-0.

On the other hand, the visitors have bounced back from a dreadful start to their World Cup Qualifying campaign, going from three consecutive defeats to back-to-back victories. The clean sheet has been a common theme in Myanmar’s opening five qualifying matches as four of five have seen the winner on the day register a shutout. Since being held to a 2-2 stalemate to India in the Asian Cup qualifier back in November 2017, the ‘Asian Lions’ haven’t drawn any of their subsequent games away from home, including friendlies (W2, L7), with two-thirds of those results (win/loss) yielding a winning/losing margin of 2+ goals. In fact, Myanmar have drawn just two of their 19 World Cup qualifiers (W5, L12), conceding an average of 2.68 goals across those fixtures. 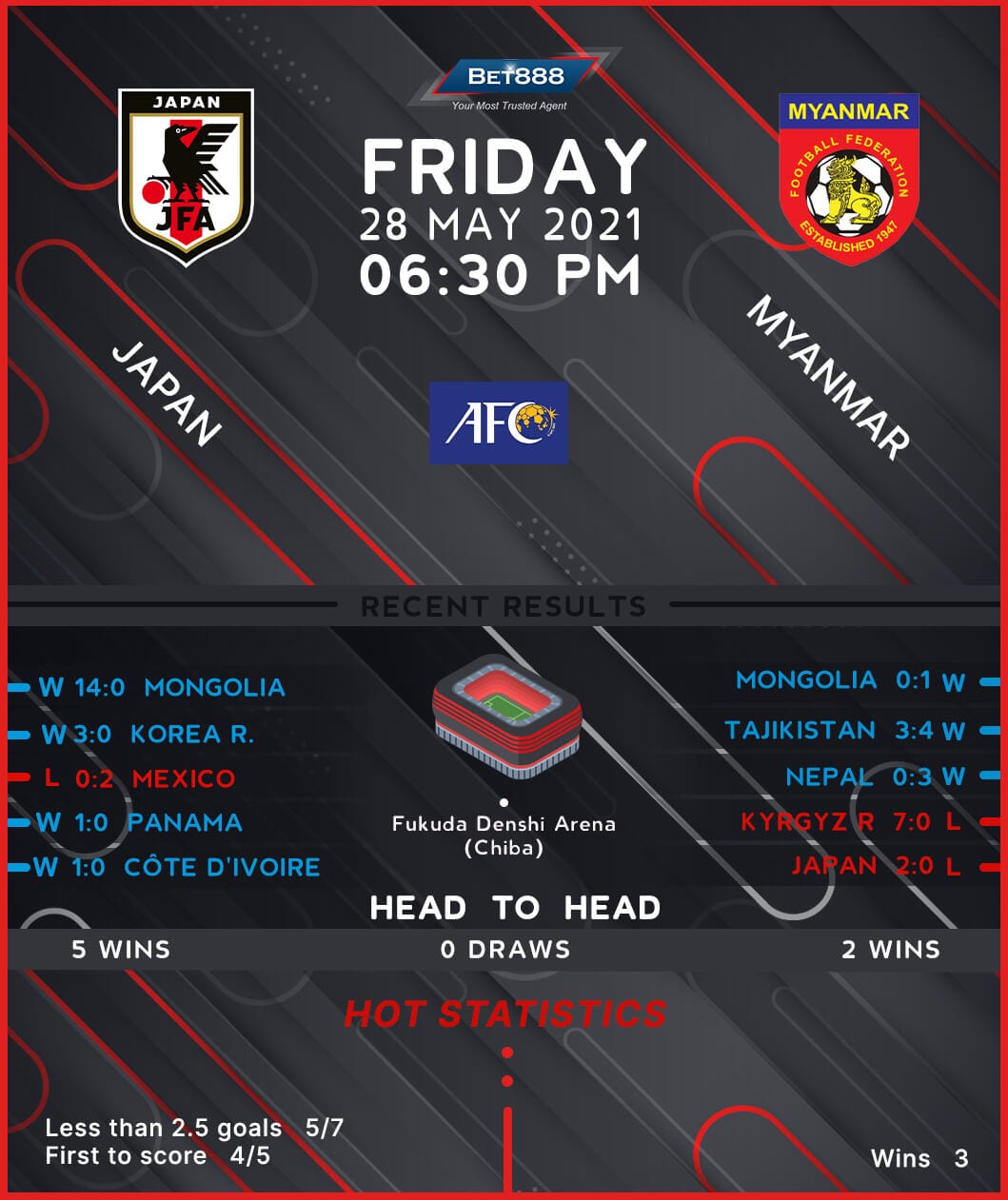