Japan and Serbia will face off against each other at the Noevir Stadium in Kobe in an intriguing international friendly clash.

The hosts have gone from strength to strength since suffering a 2-0 loss to Mexico in an international friendly back in November 2020, racking up four consecutive victories by an aggregate score of 31-1! Delivering action from the onset, Japan scored 2+ first-half goals in each of those four abovementioned triumphs. The ‘Samuari Blue’ have been equally ruthless at home of late, winning each of their last three matches on home soil by at least a three-goal margin. However, Hajime Moriyasu’s men have lost each of their previous five meetings with European teams, failing to get on the scoresheet three times in this sequence, with their last such contest yielding an epic 3-2 defeat to Belgium at the 2018 World Cup in Russia.

In the meantime, the visitors go into this encounter unbeaten in their last ten matches on the trot if considered only 90 minutes of play, but they drew seven times in this spread of games (W3). A 1-1 stalemate with Jamaica in their most recent outing means that each of Serbia’s last four internationals has seen both teams on the scoresheet, with the ‘Eagles’ coming from behind to avoid defeat on three occasions (W2, D2). Before claiming a tight 2-1 triumph against Azerbaijan in their most recent road trip, Dragan Stojkovic’s team had drawn five consecutive away games (90 mins only), four of which featured under 2.5 total goals. Topically, both of Serbia’s previous meetings with Asian nations have contained less than three goals, with the European side avoiding defeat each time (W1, D1). 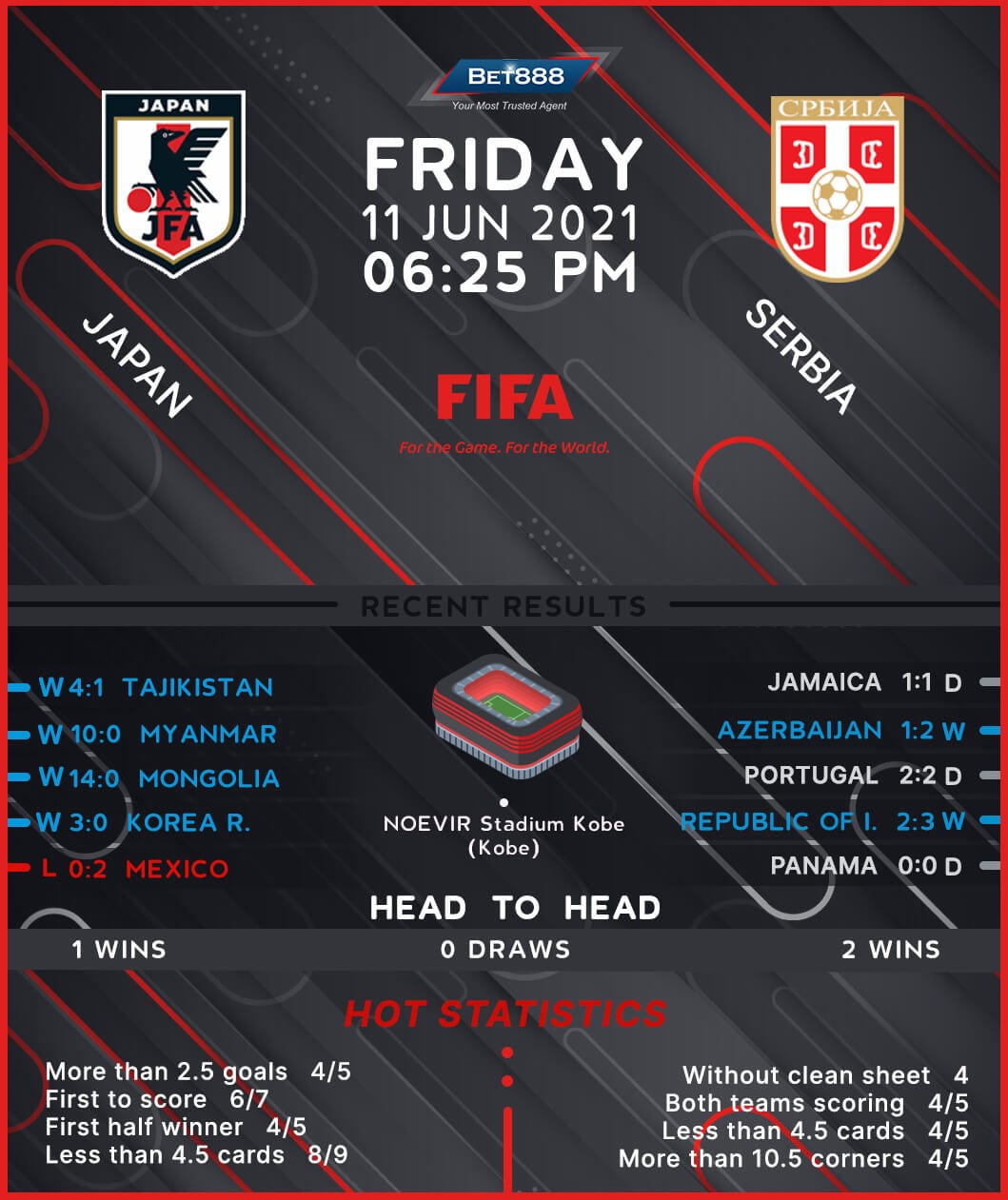