Familiar foes are set to face-off at the Nissan Stadium as Japan trade tackles with South Korea in an exciting international friendly.

After going unbeaten in three consecutive matches (W2, D1), Japan went down 2-0 to Mexico in their last international fixture. Low scoring has been a common theme in Japan’s recent games as each of the last five have seen one or both teams fail to score in matches garnering under 2.5 total goals. The ‘clean-sheet’ theme has played a significant role in their home fixtures over the past two years, as only three of their last 15 have seen both sides on the scoresheet. The ‘Samurai Blue’ have failed to stage a comeback in any of the previous six games in which they conceded first, ending up on the losing side in each of them. The last time Hajime Moriyasu’s men came from behind to win was against Uzbekistan in January 2019 (2-1).

Meanwhile, a 2-1 triumph over Qatar during the last international break gave South Korea the fourth win in five matches (L1), four of which have been decided by a single goal. Away from home, the ‘Taegeuk Warriors’ have failed to pick up a single victory in their last four games (D2, L2), drawing a blank on three occasions in the process. However, when South Korea score, it tends to be early. Six of their last ten goals netted on the road have arrived in the first half, with five of them coming before the 25-minute mark. The visitors will be confident of scoring here after finding the net in each of their last four meetings with Japan. In line with their quick-starting propensity, seven of their eight strikes across those encounters arrived before the interval. 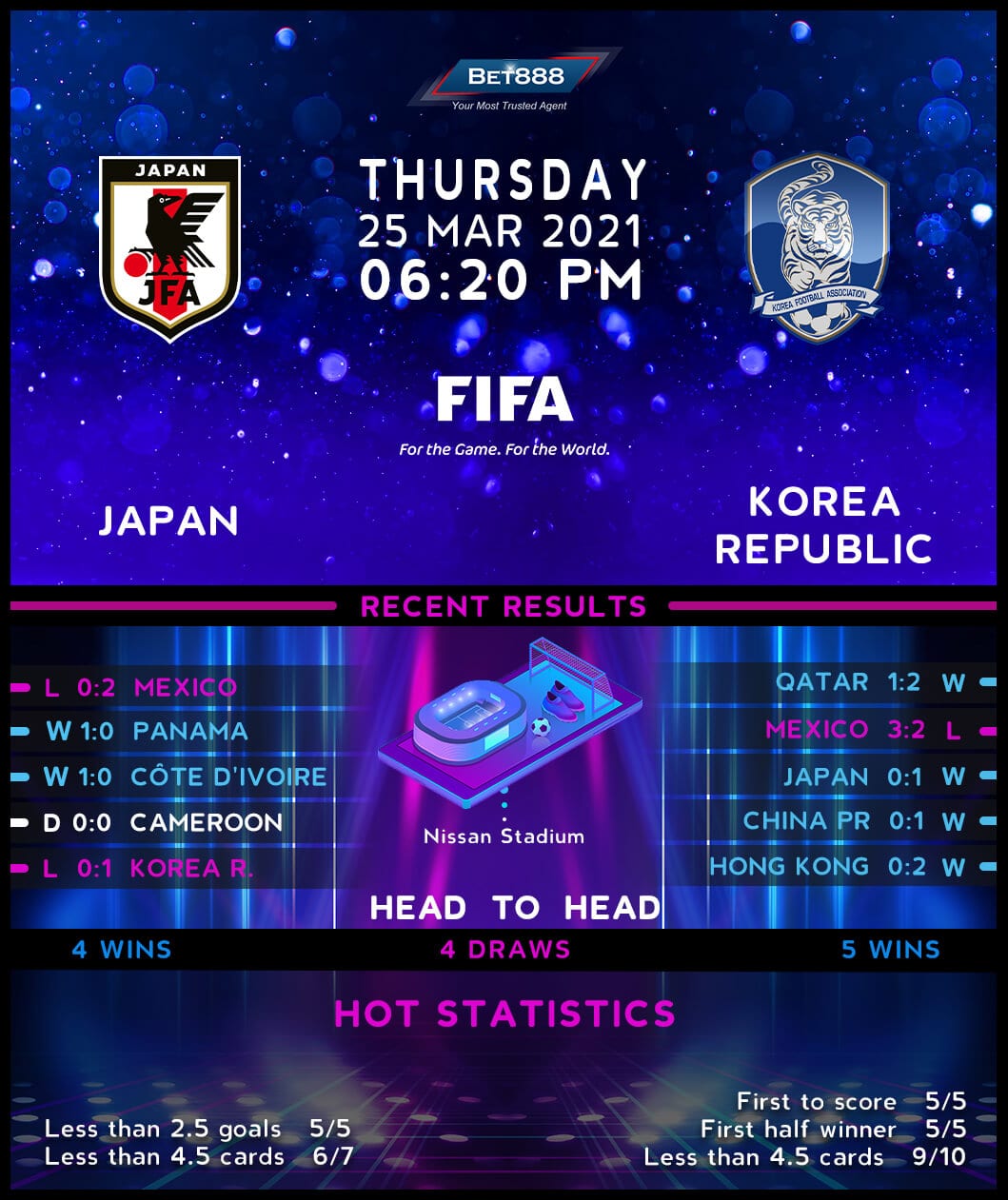