Japan and Tajikistan are set to face-off against each other at the Suita City Football Stadium in the AFC World Cup Qualifying Group F.

Japan’s remarkable Group F campaign has seen them win all six World Cup Qualifying matches by an aggregate scoreline of 37-0 as they’ve already progressed to the third qualifying round. Notably, both of Japan’s previous World Cup Qualifying triumphs have come by 10+ goals ‘to nil,’ with the ‘Samuari Blue’ netting 6+ second-half goals on each occasion. Another landslide victory is well on the cards, considering the hosts have won each of their previous three World Cup Qualifying meetings with Tajikistan by over 2.5 goals ‘to nil,’ returning a resounding +15 goal difference from those successes (GF:15, GA:0). At home, Hajime Moriyasu’s men have kept 11 clean sheets in their last 15 games, friendlies included, albeit they’ve conceded at least twice in three of the remaining four.

Meanwhile, the visitors are the worst second-placed nation in the Asian qualifying, having won 50% of their World Cup Qualifying fixtures so far (W3, D1, L2). A 3-0 home thumping of Mongolia in their most recent qualifying match ended a run of three consecutive qualifiers without winning (D1, L2). The ‘Persian Lions’ have experienced mixed fortunes in their three World Cup Qualifying games this campaign (W1, D1, L1), avoiding defeat in both contests in which they opened the scoring in this spread of matches. Ahead of this trip, Usmon Toshev’s men have gone from back-to-back victories to two consecutive draws, registering a shutout three times during that four-game sequence. The clean sheet has been a common theme in Tajikistan’s recent away fixtures, as three of their last four road contests have seen one or both sides fail to score. 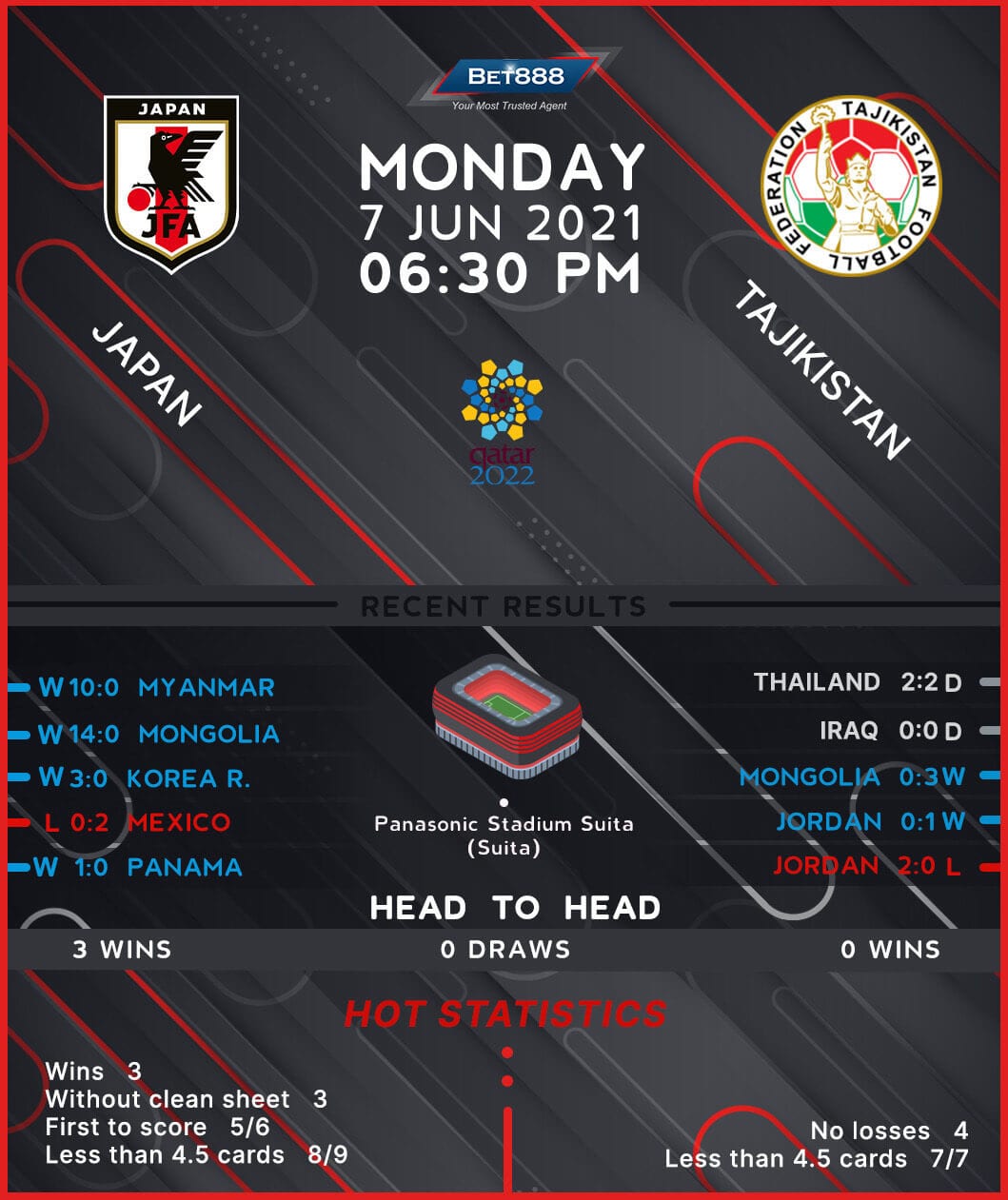