Jeju United and Ulsan Hyundai are set to face-off at the Jeju World Cup Stadium in a battle of the sides that have experienced contrasting fortunes this K League 1 season.

After racking up three straight league victories in mid-April, the hosts have suffered a massive dip in form as they enter this round winless in their last seven K League 1 matches (D4, L3). A 2-2 draw with Seongnam in Jeju’s most recent home outing saw them bring a two-game losing home streak to a halt, though it also marked a seventh consecutive home K League 1 fixture in which they failed to keep a clean sheet. Indeed, Jeju’s defensive woes have seen them concede 2+ goals in each of their last three home league games, with five of the seven goals they let in during that period coming before half-time. Another disturbing matchday is on the horizon, given that the ‘Jeju Mountaineers’ have shipped 3+ goals in both of their previous top-flight meetings with Ulsan at home (L2).

As for Ulsan, they have hit a purple patch since going down 3-0 at Suwon in mid-April, putting together seven straight league matches without a defeat (W3, D4). The visitors have gone from back-to-back K League 1 draws to two wins on the spin, both of which saw the deciding goal come beyond the 55th minute. Before claiming an overwhelming 4-2 victory against Jeonbuk Motors in their most recent league trip, Ulsan had gone winless in their previous three K League 1 fixtures on the road (D2, L1), drawing a blank twice. Delivering action from the get-go, the ‘Tigers’ have netted a league joint-high six first-half goals away from home this season. 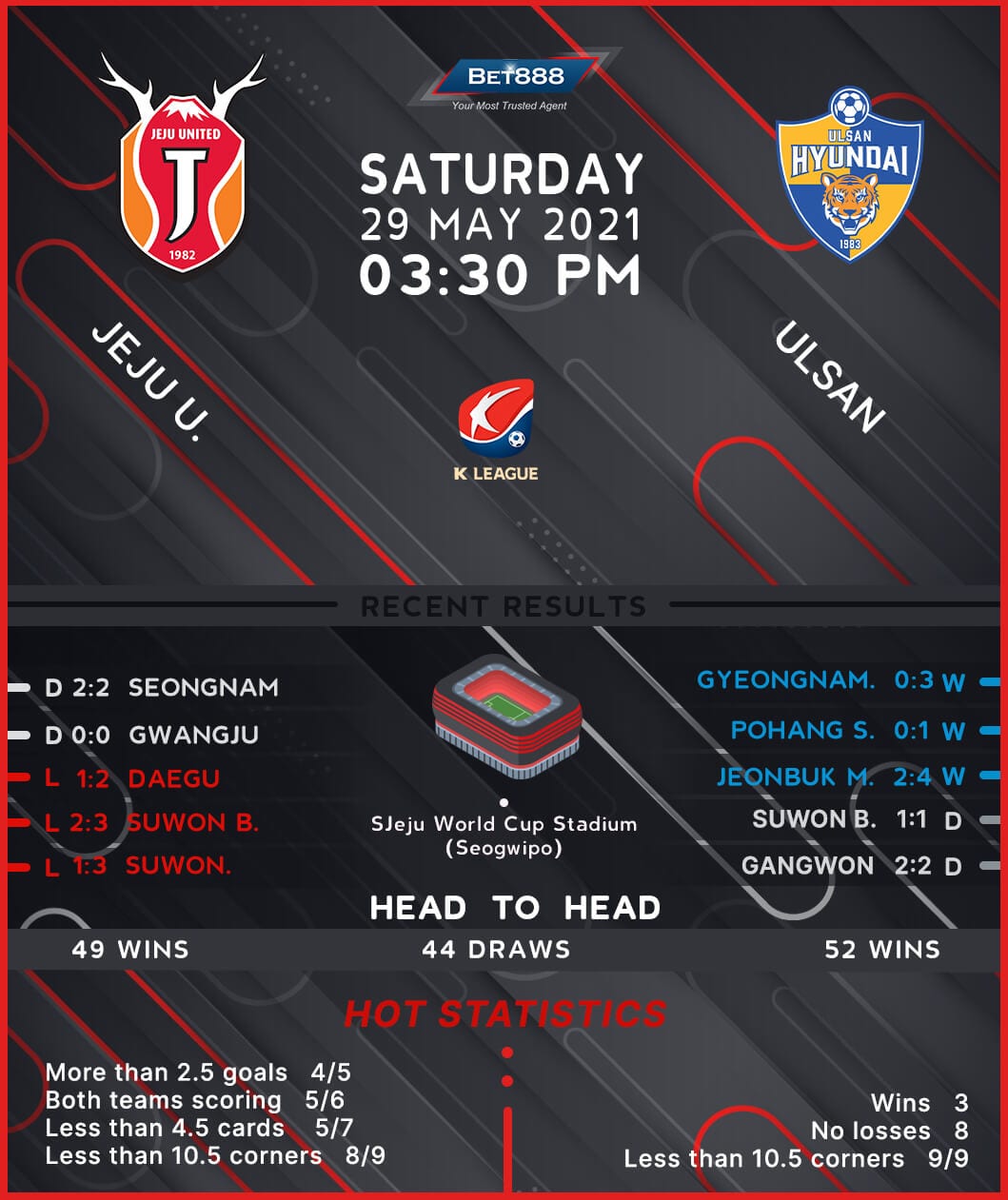