Jeonbuk Motors and Chiangrai United will lock horns at the Milliy Stadium in the opening game of their AFC Champions League campaign.

Jeonbuk dismantled fellow South Korean rivals Seongnam 5-1 on the road in the build-up to this fixture, halting a run of eight competitive matches without winning (D5, L3 – 90 minutes only). A five-goal festive against Seongnam was only the second time in ten games that Jeonbuk scored more than once. Before being held to a scoreless draw to Yangju in their most recent home outing, the ‘Warriors’ had found the net in 14 home matches on the trot, netting an average of 2.00 goals per game. Encouragingly, the hosts have kept a first-half clean sheet in three of their last four fixtures across all competitions, with two of their three goals conceded in that time coming beyond the 70th minute.

Meanwhile, the visitors have suffered just one defeat in their last 12 games in all competitions (W8, D3), courtesy of a 2-1 away loss to Suphanburi in the domestic championship in late March. Curiously, four of Chiangrai’s last five competitive fixtures have produced the identical 2-1 scoreline (W3, D1, L1), with the winner on the day coming from behind to seal the victory on two occasions. Moreover, there’s been plenty of excitement in Chiangrai’s recent away matches as three of the last four have seen over 2.5 goals and both teams on the scoresheet (W3, L1), with each such contest featuring 2+ second-half goals. The ‘Beetles’ will be desperate to improve defensively after failing to keep a blank sheet in 11 of their last 13 road trips. 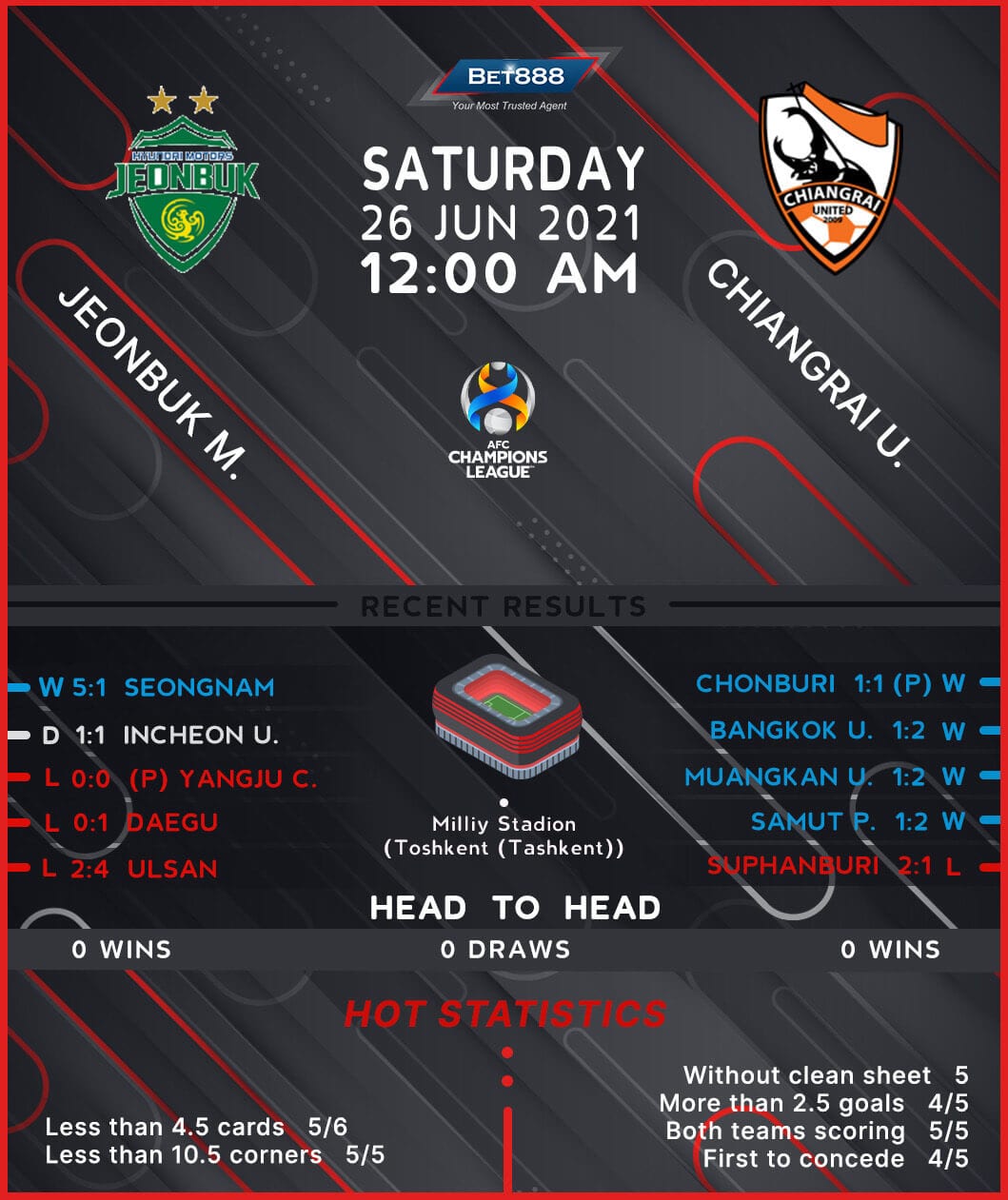