Since drawing 1-1 with Persis Solo in their latest friendly encounter, Johor Darul have gone from strength to strength, racking up three consecutive victories before the World Cup break curtailed their momentum. After scoring on either side of halftime in back-to-back matches ahead of this clash, the perennial Malaysian champions will be confident about upsetting the odds. Adding to this sentiment, the ‘Southern Tigers’ haven’t lost any of their last 17 outings in all competitions (W13, D4), noticeably netting 2+ goals on 13 occasions in the process. On top of that, you’d have to go back to April 2022 for Johor’s last defeat on the home ground, going unbeaten in 16 straight home games since (W14, D2).

In the meantime, visiting Borussia Dortmund had lost consecutive Bundesliga matches via a two-goal margin on the cusp of the World Cup break. However, ‘Die Borussen‘ got back on track in their opening mid-season friendly, thumping runaway Singapore Premier League leaders Lion City Sailors 7-2 a few days ago after netting 3+ goals on either side of halftime. That triumph halted Dortmund’s lacklustre streak of three winless away matches (D1, L2) but, at the same time, extended a frustrating run without a clean sheet on hostile turf to five games. Though the Germans also failed to shut Johor out in their only previous H2H, they hammered them 6-1 back in 2015. 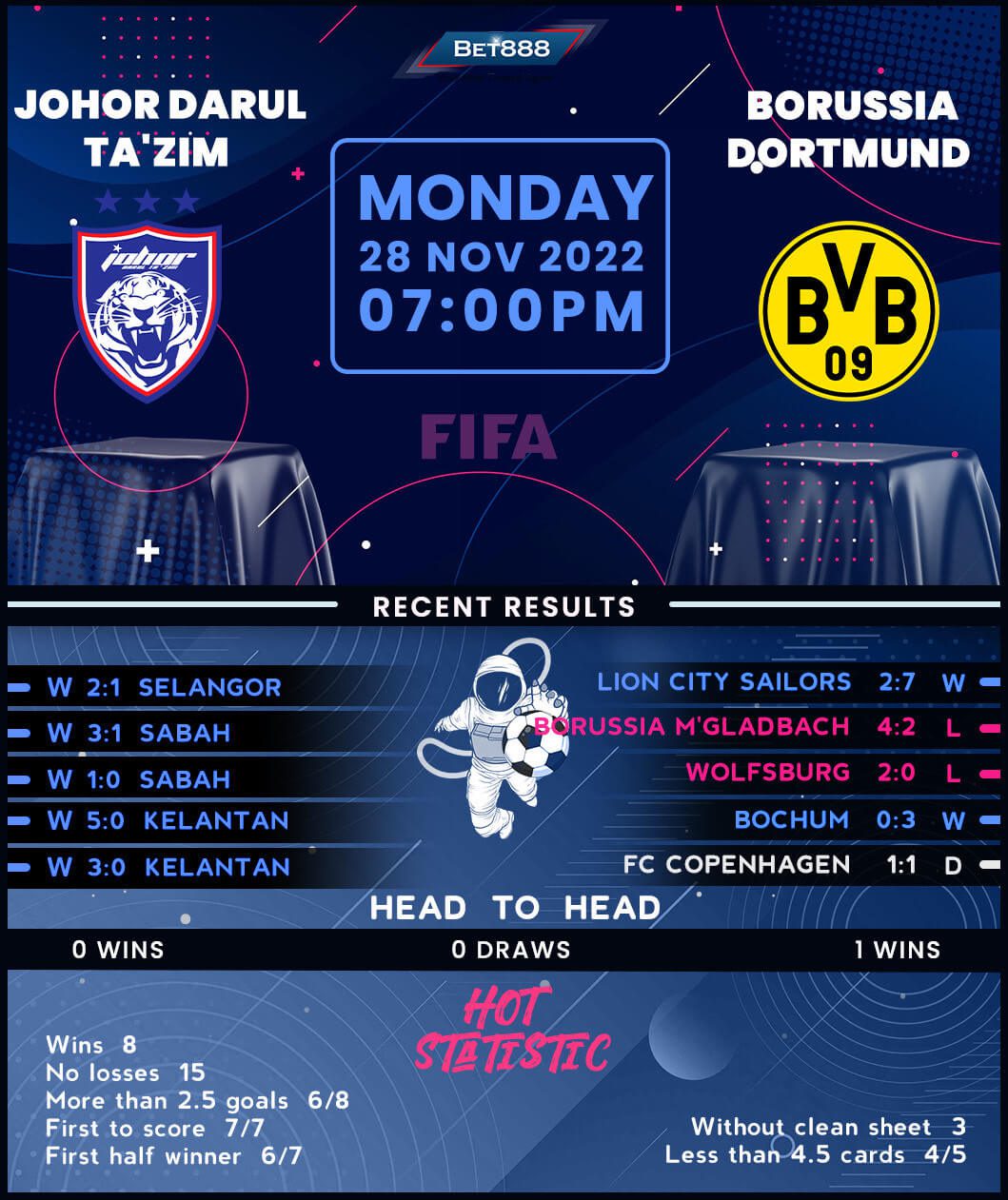