Juventus and Atalanta go head-to-head at the Allianz Stadium in an exciting Serie A fixture.

Juventus scored three second-half goals to beat Genoa 3-1 at the weekend and extend their unbeaten Serie A start to 11 matches (W6, D5). At home, the ‘Bianconeri’ have won four of their five league fixtures (D1), although it’s worth noting they have failed to beat Atalanta in both of their previous top-flight H2Hs as hosts (D2). Yet, Andrea Pirlo’s men have scored over 1.5 goals in three of their four previous Serie A outings, which has been the case in five of their last six league H2Hs held in Turin. In turn, Juventus have avoided defeat in 23 consecutive Serie A meetings with Atalanta at home (W18, D5). It could come as some surprise, though, that the reigning Italian champions have conceded the first goal in two of their three previous home Serie A games.

Meanwhile, Atalanta secured a 3-0 home win over Fiorentina last time out to bring their three-game winless Serie A streak to a halt (D2, L1). However, ‘La Dea’ have netted under 1.5 goals in each of their three previous away league fixtures (W1, D1, L1), which has been the case in three of their last four competitive trips to Turin (D1, L3). Moreover, Juventus are the only side Atalanta have faced more than once and failed to win under the current manager Gian Piero Gasperini (D5, L3). Also, except for a goalless draw with Spezia on Matchday 8, the visitors have failed to keep a clean sheet in each of their other five Serie A trips this term. Particularly vulnerable in the first half, they have registered a clear majority (87.5%) of their total away league goals conceded before the half-time whistle (7/8). 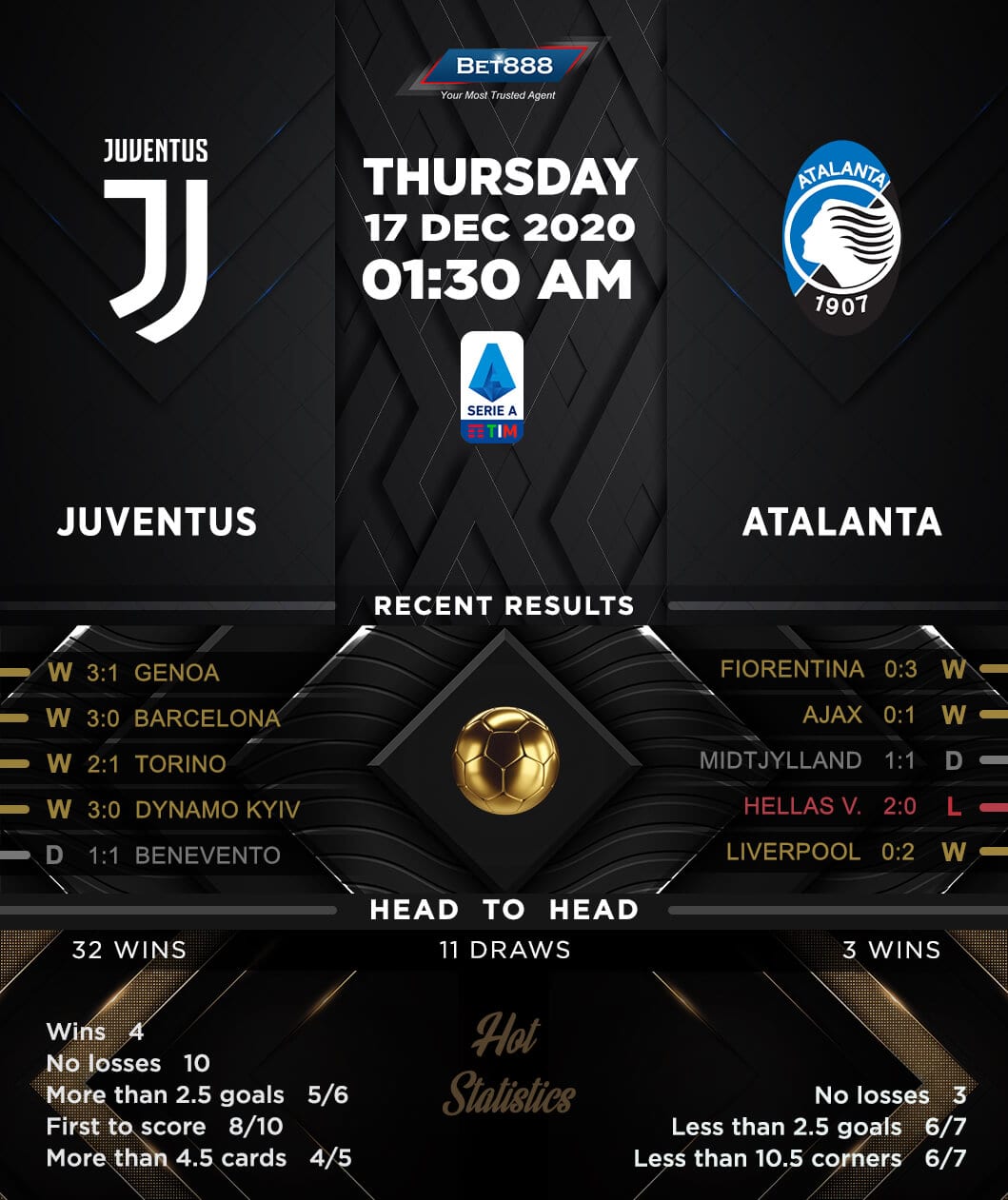