Juventus continue their elusive pursuit of Serie A leaders Internazionale as they play host to out-of-sorts Benevento at the Allianz Stadium.

‘I Bianconeri’ have racked up seven consecutive Serie A triumphs in Turin, netting 2+ goals on each occasion while conceding just three in return. Indeed, when the reigning champions win at home, it tends to be in an emphatic fashion. Nine of their ten top-flight victories at home this season have come by at least a two-goal margin, with six also yielding a clean sheet. Andrea Pirlo’s men will be confident of maintaining their winning run as they take on a side they have defeated in two of their three Serie A meetings (D1). Curiously, each of their three top-flight encounters saw both teams get on the scoresheet, which has been the case in four of Juventus’ last five matches in all competitions. Cagey beginnings have seen the Turin giants concede a league-low five goals inside the first 30 minutes of play this season.

On the other hand, Benevento have gone winless in 11 Serie A games on the bounce (D5, L6) since outscoring Cagliari 2-1 on Matchday 16. After winning back-to-back away league fixtures, the visitors have failed to win any of their last five (D2, L3), scoring three goals while conceding 12 in return across that spread of matches. Early action has been a common theme in Benevento’s away Serie A games this season, as seven of 13 have seen a goal scored within 15 minutes of play. Topically, 84.62% of their top-flight games on the road this term featured at least one first-half goal (11/13). Worryingly, though, Filippo Inzaghi’s men have not kept a clean sheet in any of their six away Serie A encounters since the turn of 2021. 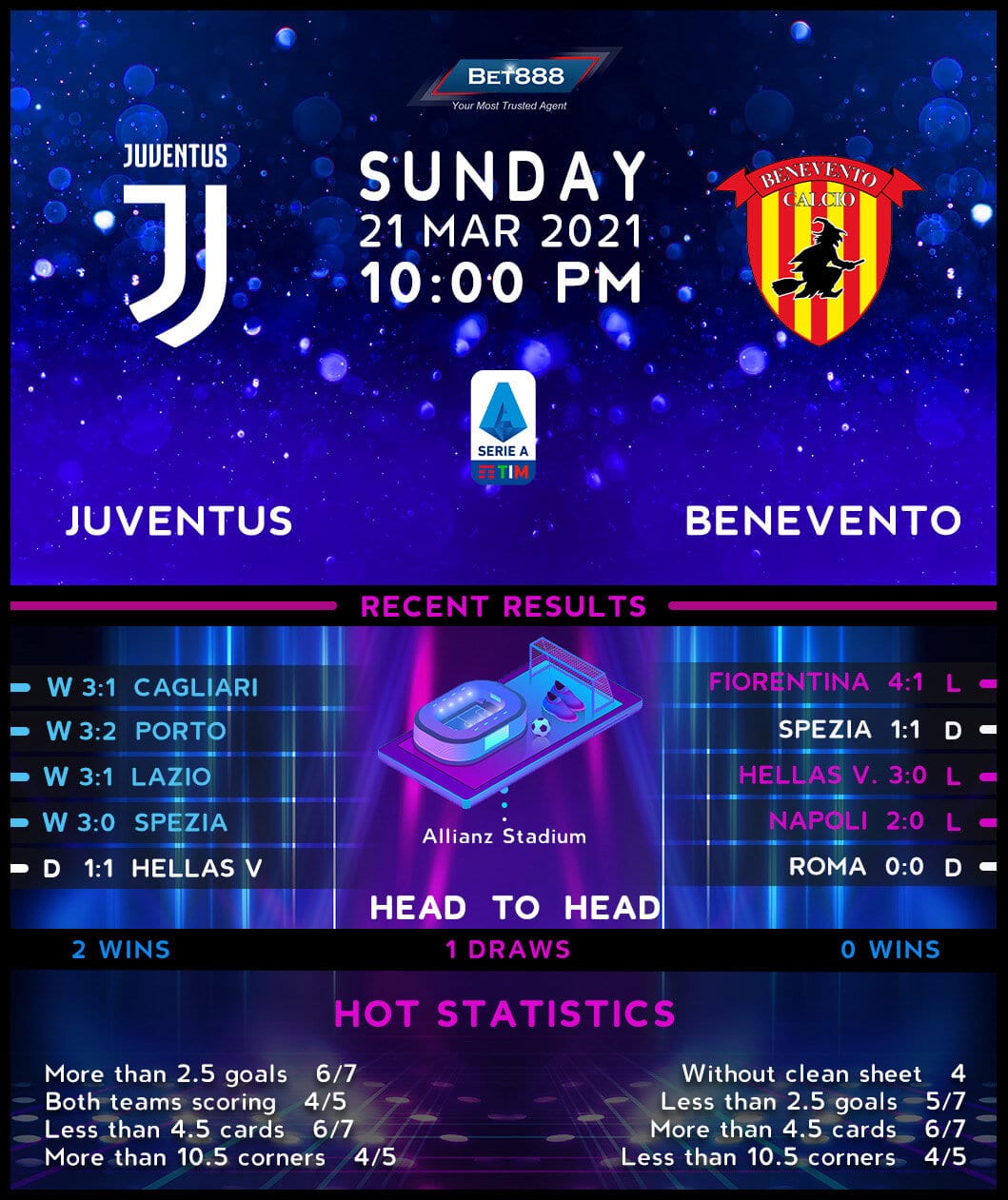