Fresh from securing the Italian Super Cup trophy, Juventus will be looking to return to winning ways in Serie A when they take on out-of-sorts Bologna at the Allianz Stadium.

None of Juventus’s previous six Serie A fixtures have ended in a draw (W4, L2), including a 2-0 defeat at Inter Milan last time out. Curiously, each game won/lost during that six-match sequence has featured at least a two-goal margin and the victor getting on the scoresheet first. ‘I Bianconeri’ will be confident of picking up all three points here, as they’ve won each of their last seven top-flight meetings with Bologna in Turin, scoring 2+ goals on six of those occasions. Winning the first half will be a way to go, as Andrea Pirlo’s men have won three of the four home Serie A games in which they were leading at half-time this term (D1). Allianz Stadium has been a venue of entertainment lately, as seven of the last eight competitive matches here have produced over 2.5 goals, with six seeing both teams score.

Meanwhile, a hard-fought 1-0 home triumph over Hellas Verona last time out saw Bologna put an end to their frustrating eight-game winless Serie A streak (D5, L4). Bologna’s defensive woes had seen them concede over 1.5 goals in six of their eight league fixtures prior to the abovementioned win over Verona. Away from home, the ‘Greyhounds’ have claimed just one victory in their nine Serie A games this season, scoring a miserly average of 0.77 goals per match in the process. Particularly ponderous before half-time, Sinisa Mihajlovic’s men have netted a league-low one first-half goal on the road this term! Therefore, it’s no surprise that they have conceded the opener in 88.89% of their Serie A trips thus far (8/9). 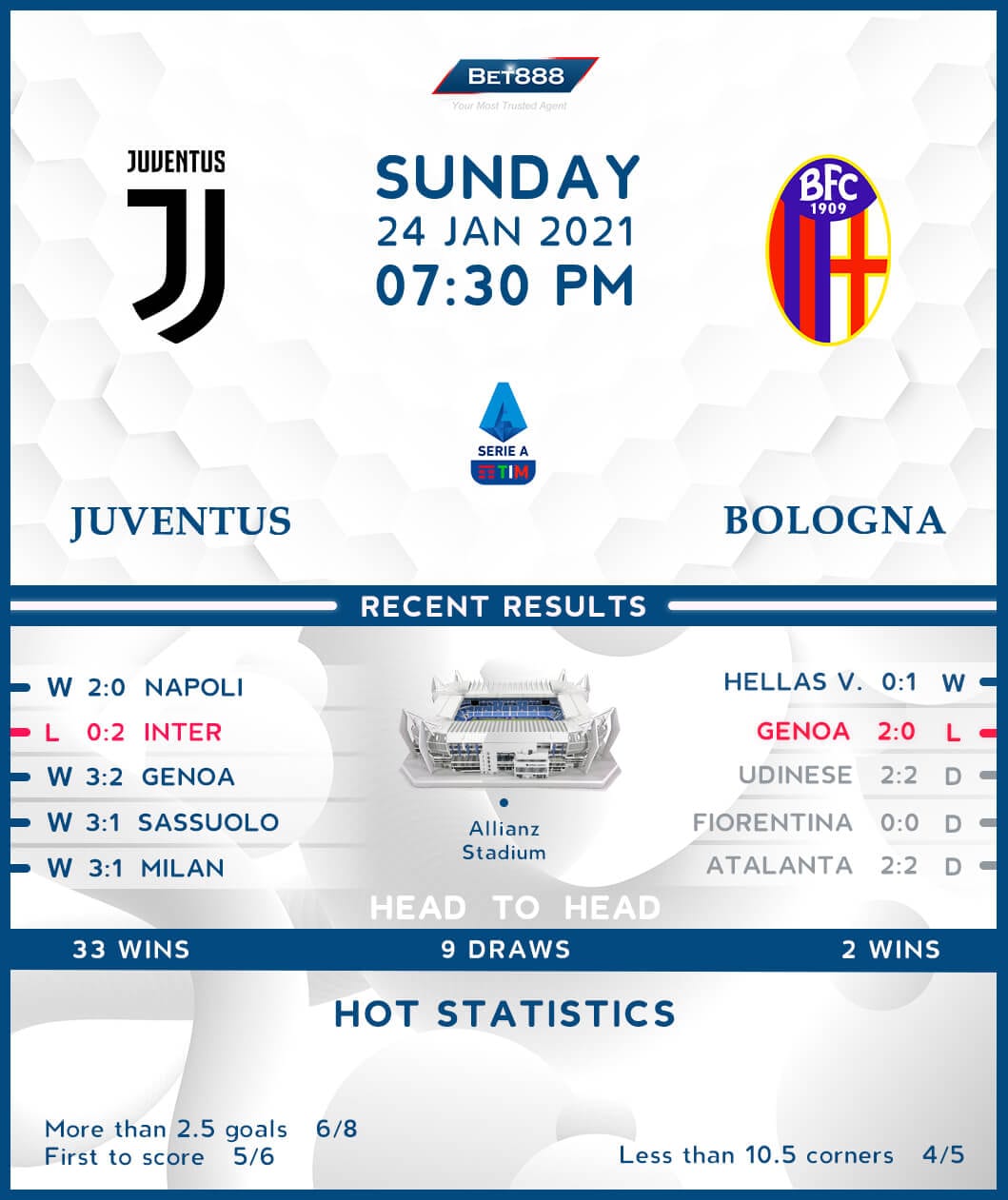