Rocked by a 1-1 Serie A draw with Benevento at the weekend, Juventus will be looking to return to winning ways when they meet out-of-sorts Dynamo Kyiv at the Allianz Stadium in the UEFA Champions League.

A 2-0 away win in the reverse fixture on Matchday 1 did help Juventus keep an unbeaten record against Ukrainian clubs in the Champions League (W5, D2). Also, three victories in their opening four group stage outings (L1) proved enough for the ‘Bianconeri’ to seal their place in the knock-out phase with two games to spare. Notably, a 2-0 defeat to Barcelona on Matchday 2 has been only Juve’s second defeat in their last 26 home matches in the Champions League group stage (W16, D8, L2). Apart from that loss, Andrea Pirlo’s men have netted 2+ match goals in each of their other three fixtures in Group G, scoring over 1.5 second-half goals in two. Curiously, four of Juventus’ last seven Champions League home matches have yielded the same 2-1 scoreline (W5, L2).

Meanwhile, a 4-0 thumping to Barcelona on Matchday 4 means the visitors have won just one of their last 12 Champions League matches (D4, L7) and none in this season’s group stage (D1, L3). Dynamo Kyiv’s defensive woes have been brutally exposed in the Champions League so far, as they have conceded over 1.5 goals in each of their opening four group stage matches. Particularly vulnerable after the half-time break, Mircea Lucescu’s men have registered the vast majority (90%) of their total Champions League goals conceded this term in the second half of play (9/10). It will be a daunting prospect for the Ukrainian side to pick up some points here, given that they have won just one of their last 12 trips to Italy in major European competitions (D5, L6). 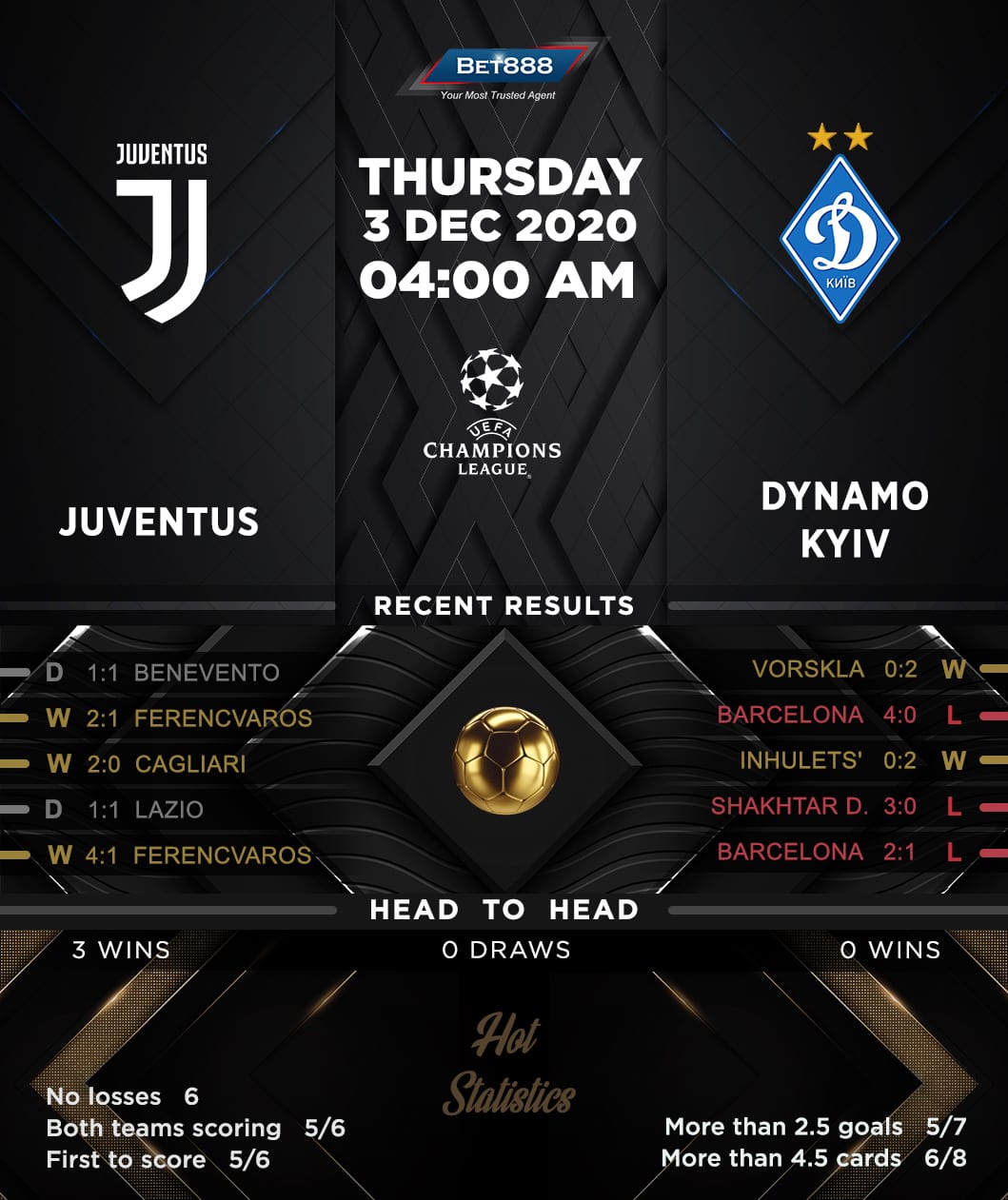