With momentum swinging in their way, Juventus take on out-of-form Fiorentina at the Allianz Stadium, looking to maintain a promising start to their Serie A season.

Juventus dismantled Parma 4-0 on the road last time out to extend their unbeaten Serie A start to 13 matches (W7, D6), as they head into this encounter trailing top-placed AC Milan by four points. At home, the ‘Bianconeri’ have won four of their six top-flight games this term (D2), conceding a league-low three goals in the process. Juve have, however, failed to keep a clean sheet in four of their five previous Serie A fixtures. The reigning Italian champions have also been quite convincing against Fiorentina on home turf during the past decade, winning each of their nine Serie A meetings held in Turin since 2011. Seven of those eight victories saw Juventus score at least twice, which has been the case in each of their seven Serie A successes this season.

Meanwhile, Fiorentina have failed to win any of their last eight Serie A games (D4, L4) since defeating Udinese 3-2 back in October and are currently sitting just four points clear of the relegation zone. A lack of firepower up front has seen ‘La Viola’ draw a blank in five of their eight previous league outings and score only once per match in the other three. In turn, the visitors have bagged just one goal in total across their last six top-flight meetings with Juventus. Additionally, they have not got on the scoresheet in any of their last four Serie A trips (D1, L3), conceding over 1.5 goals in each defeat in that sequence. In fact, Cesare Prandelli’s men have shipped 2+ goals in all but one of their six away league fixtures this term, letting in a total of 13! 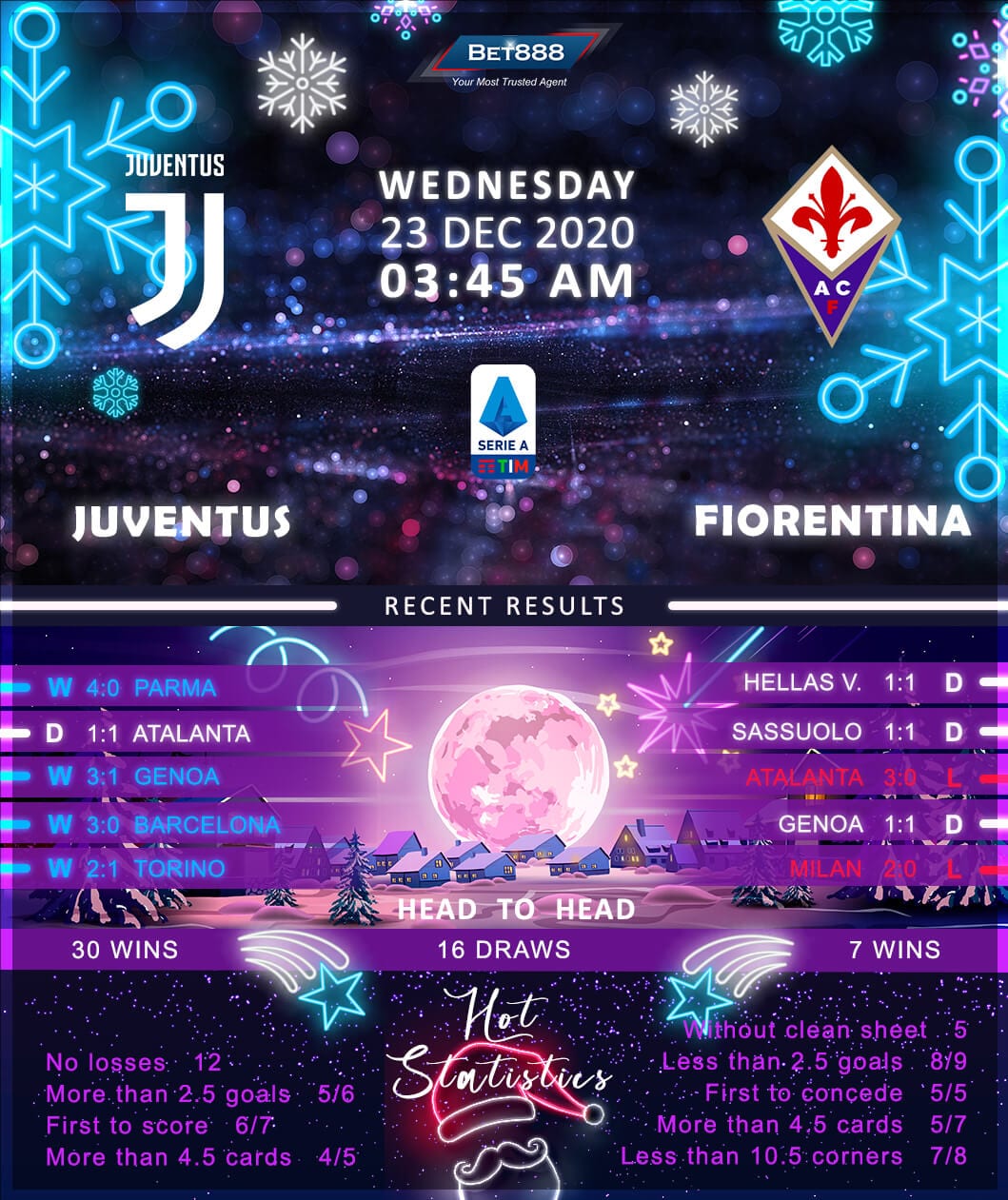