The two sides that have had identical returns from their last two Serie A outings (W1, D1) will meet at the Allianz Stadium as Juventus take on Genoa.

Juventus pulled off a massive 2-1 home victory over Napoli last time out to halt a two-match winless run in Serie A (D1, L1) and move three points clear of fifth-placed ‘I Partenopei.’ However, a torn in Andrea Pirlo’s side this season was Juventus’ inability to regularly beat so-called ‘small teams,’ having racked up fewer points (33 in 15 games) against the sides from the bottom half of the table than any other top-seven club. After failing to keep a clean sheet in five consecutive Serie A fixtures, ‘I Bianconeri’ can concede in six league games in a row for the first time under Pirlo. But, going back to 1991, the perennial Italian champions have not lost any of their 17 top-flight meetings with Genoa in Turin (W13, D4), registering a shutout in 52.94% of those encounters.

Meanwhile, Genoa’s 1-1 home draw with Fiorentina last time out leaves them with a single win in eight Serie A fixtures (D5, L2), five of which have featured under 2.5 FT goals. ‘Il Grifone’ have established themselves as ‘draw specialists’ this season, with only Torino (12) playing out more stalemates than Genoa (11) so far. Away from home, Davide Ballardini’s men have failed to get on the scoresheet in four of their last six Serie A matches (W2, D2, L2), albeit they have scored 2+ goals in both victories in that period. However, a genuine lack of firepower up front has seen the visitors net a league-low ten goals on the road this Serie A campaign, managing the joint-low four first-half away goals in the process. Slow-starting Genoa have opened the scoring in only 14.29% of their league trips this season. 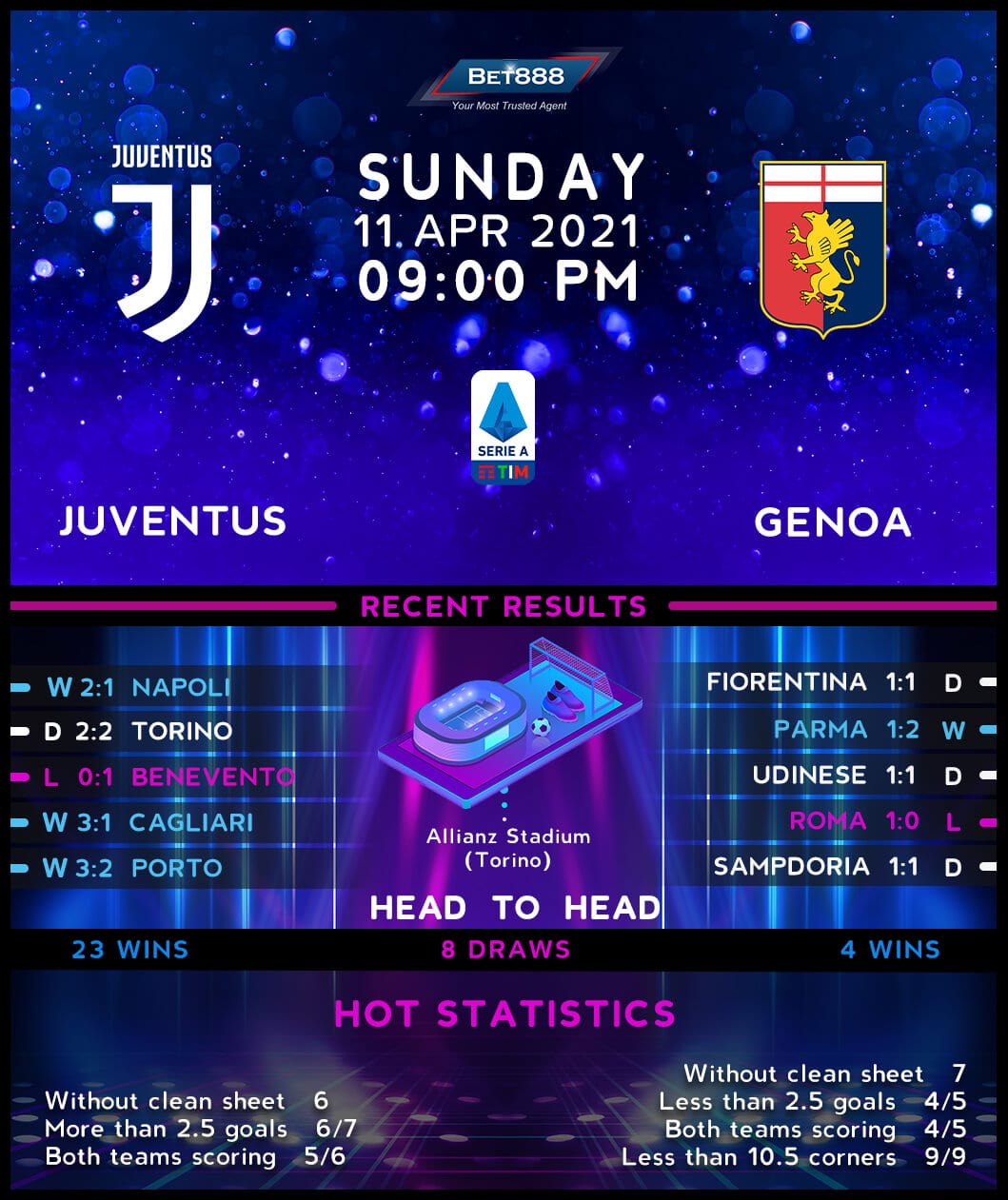