Allianz Stadium is the venue as Juventus and Genoa meet in the Coppa Italia Round of 16.

Having outscored opponents in their opening three competitive matches of the new calendar year by over 2.5 goals to one and winning three of their last six games at home despite a ‘-1 handicap,’ a clear-cut victory for Juventus is well on the cards. By extension, ‘I Bianconeri’ have avoided defeat in each of their 15 competitive H2Hs as hosts this millennium (W12, D3), keeping a clean sheet on seven of those occasions. Notably, Andrea Pirlo’s men have showcased the ability to finish their games strongly, scoring the final goal of the match and doing so beyond the 75th minute in each of their three competitive fixtures in 2021. Juve’s lackadaisical defending in recent times could be an issue, though, considering they have failed to keep a clean sheet in six of their last seven games.

Meanwhile, since overcoming Sampdoria 3-1 in the previous Coppa Italia round, Genoa have picked up just two wins in the subsequent nine competitive fixtures (D3, L4), scoring under 1.5 goals on six of those occasions. Interestingly, ‘Il Grifone’ have registered an identical away record this season (W2, D3, L4), with two-thirds of their competitive games on the road seeing the teams separated by under 1.5 goals at full-time. However, poor first-half performances away from home have been tormenting Genoa throughout this entire season, as they are yet to taste a half-time win on the road in all competitions (HT: D6, L3). In fact, the visitors have scored just two first-half goals in nine competitive trips this term. 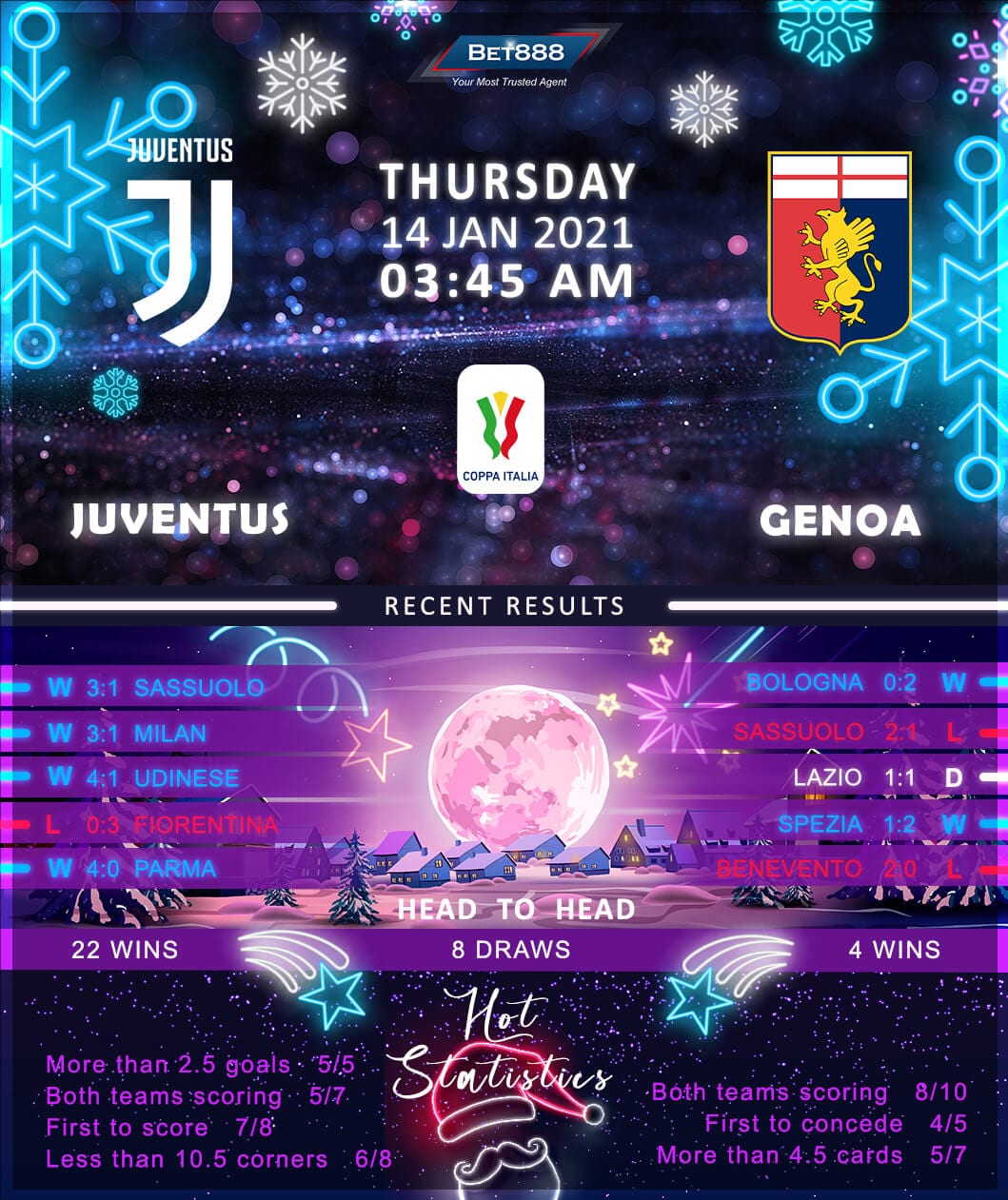