Internazionale will be looking to nullify Juventus’ 2-1 advantage from the reverse fixture when the two sides meet at the Allianz Arena in the return leg of their Coppa Italia semi-finals tie.

Weekend’s 2-0 Serie A win over Roma at home saw Juventus extend their winning streak in all competitions to six matches, keeping a clean sheet on five occasions in that run. Curiously, none of Juve’s last seven competitive fixtures have ended in a draw (W6, L1), with five (71.43%) of the games won/lost in that sequence yielding the identical 2-0 scoreline. First-leg advantage should prove enough for ‘I Bianconeri’ to secure a berth in the Coppa Italia final, given they have not lost any of their last eight competitive meetings with Inter in Turin (W6, D2). Notably, Juventus have registered a shutout in each of their previous six such encounters, which has been the case in all of their last four competitive home outings (W4).

Meanwhile, a 2-0 away win at Fiorentina in the Serie A weekend means Inter have now kept a clean sheet in four of their last six competitive fixtures (W4, D1, L1). However, ‘I Nerazzurri’ have only won once in their previous five road trips in all competitions (W1, D3, L1) – if considering only 90 minutes of play. Additionally, they have failed to shut out their opponents in each of their three Coppa Italia outings this season, conceding precisely once per game on each occasion. Encouragingly, though, Antonio Conte’s men have netted over 1.5 goals in six of their last nine away matches, getting on the scoresheet in the second half at least once in each such contest. Starting well is a priority for the visitors, as they have not lost any of their five away matches in which they’ve been leading at half-time this domestic campaign (W3, D2). 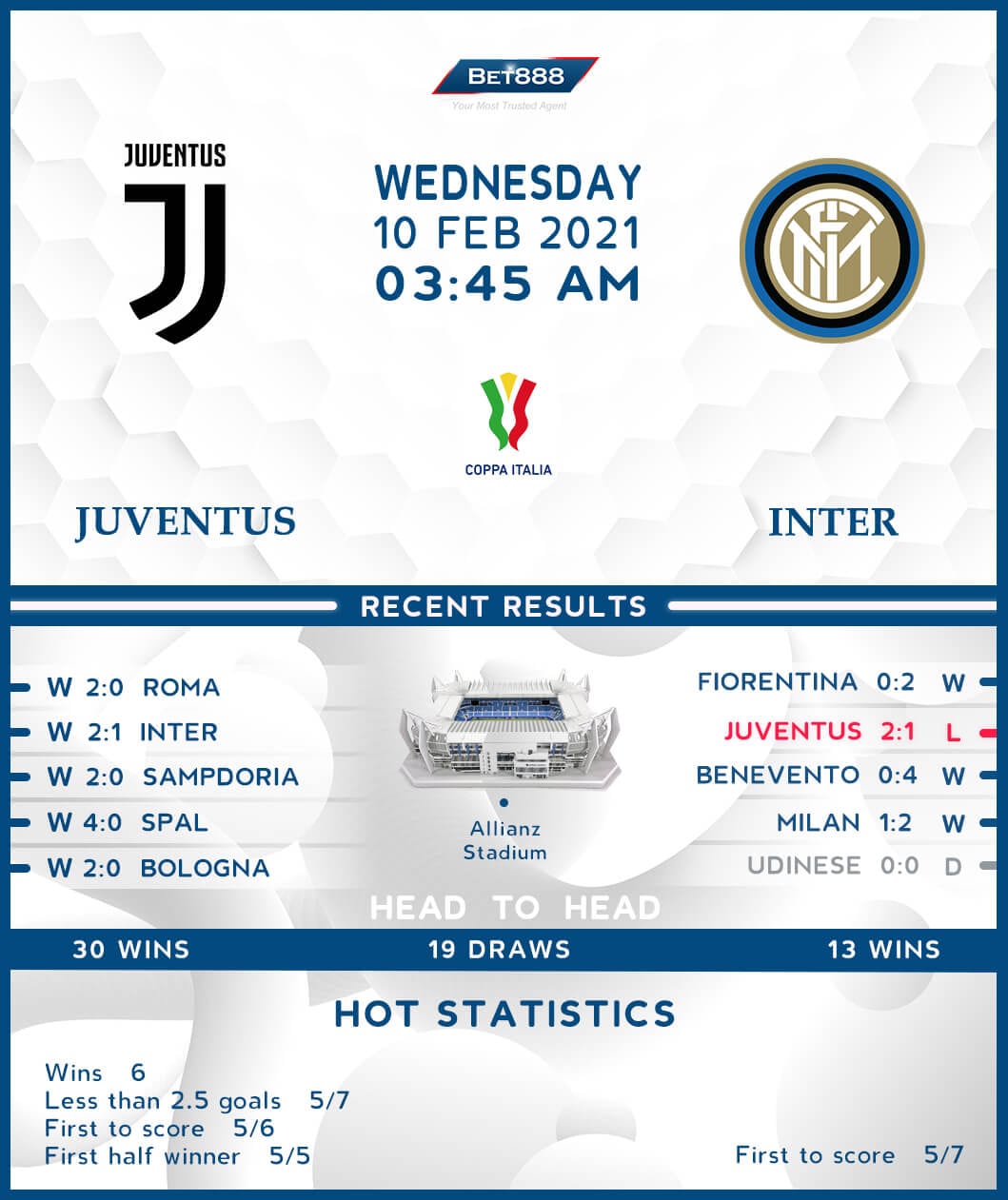