Juventus and Internazionale go head-to-head at the Allianz Stadium in the 176th Derby d’Italia in Serie A.

Juventus bounced back from a horrendous 3-0 defeat to AC Milan in sublime fashion, beating Sassuolo 3-1 away from home last time out to maintain a one-point deficit on fourth-placed Napoli. Since the turn of the year, none of Juventus’ 12 Serie A matches at the Allianz Stadium have ended in a draw (W10, L2), with 83.33% of those games yielding a winning/losing margin of 2+ goals. Worryingly, the abovementioned defeat to Milan means Juve might lose back-to-back Serie A fixtures at home for the first time since March 2011. Their defensive woes have seen ‘I Bianconeri’ fail to keep a clean sheet in their last 13 games in all competitions, last going longer without a shutout in 1955. Lapses of concentration after half-time have witnessed Andrea Pirlo’s side register 68.75% of their total Serie A goals conceded at home this season in the second half of play (11/16).

In the meantime, a 2-0 victory in the reverse fixture in mid-January means Inter could post consecutive Serie A wins over Juventus for the first time since 2003/04. Additionally, they could register a shutout in both Serie A matches against this opposition in a single campaign for the first time since 1994/95. Unbeaten in their last 20 league games since losing 2-1 away to Sampdoria at the beginning of January (W16, D4), ‘I Nerazzurri’ are looking to end a disastrous five-game goal drought at the Allianz Arena in the top-flight (D1, L4). However, Antonio Conte’s men have scored a league-third high 34 away goals this Serie A season, with 67.65% of those strikes arriving in the second half of play. At the other end of the pitch, the visitors have kept five clean sheets in their last nine league trips, conceding precisely once per game in the other four. 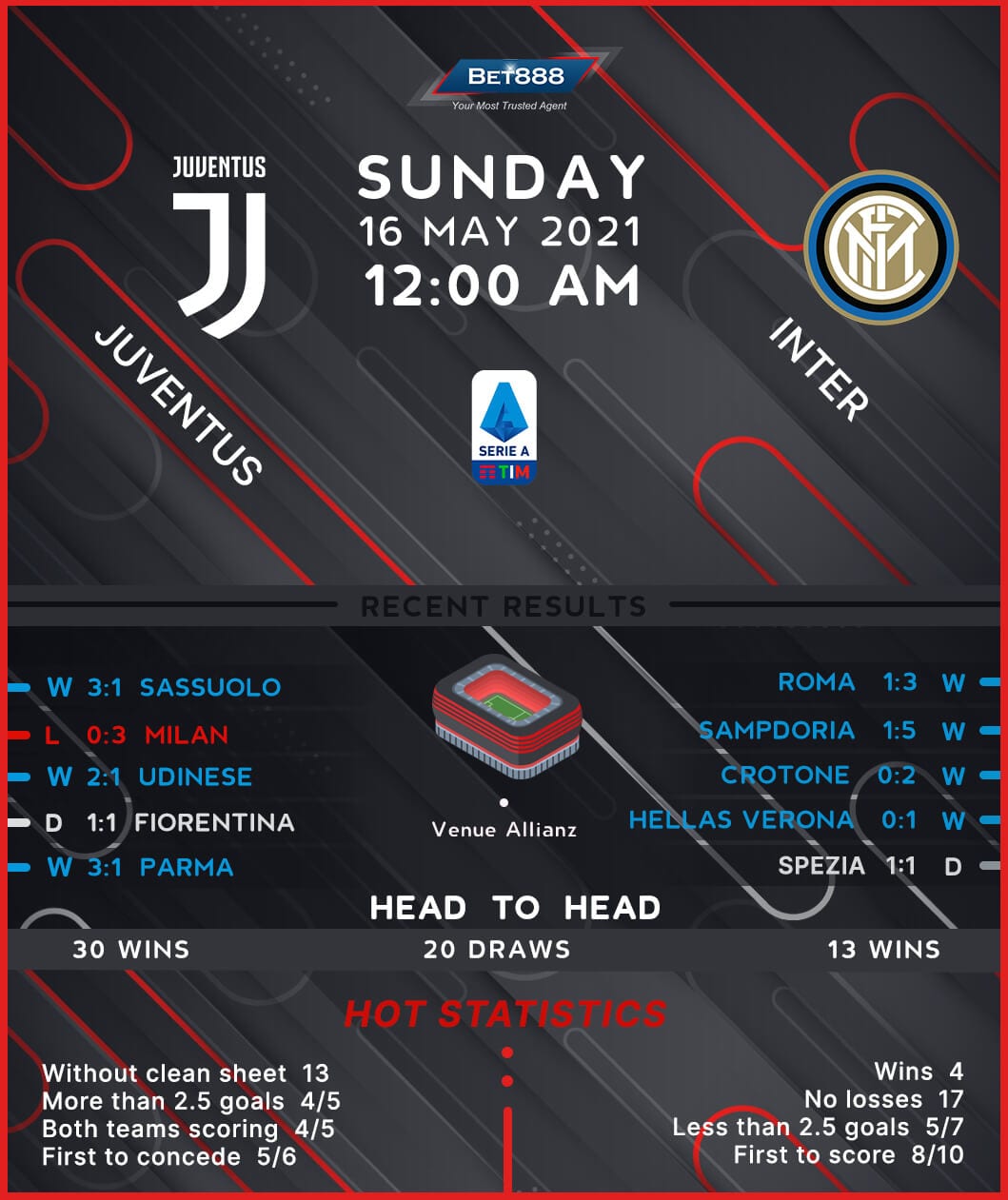