Allianz Stadium is the venue, as Juventus and Lazio face-off in a massive, heavyweight Serie A showdown.

A 3-0 win over Spezia in the Serie A midweek provides Juventus with an opportunity to win consecutive league matches for the first time since the beginning of February. Sitting seven points adrift of top-placed Internazionale, the perennial champions can ill-afford to drop more points. Easier said than done, as ‘I Bianconeri’ have only won once in their last three top-flight meetings with Lazio (D1, L1). However, Andrea Pirlo has transformed the Allianz into a fortress since succumbing to a shocking 3-0 defeat to Fiorentina back in December 2020. Indeed, Juventus have won all but two of their nine competitive home fixtures since then (W7, D2), with each victory in that spread of games producing at least a two-goal margin. Additionally, the Turin giants have kept a clean sheet in each of their last six competitive home outings.

On the other hand, none of Lazio’s previous 12 matches in all competitions have ended in a draw (W8, L4), with three of those defeats coming in the last four games. In Serie A alone, ‘I Biancocelesti’ have alternated a victory with a loss across their last four outings (W2, L2), with three of the matches won/lost in that sequence seeing the victor preserve a clean sheet. Interestingly, Simone Inzaghi’s men have lost their last two away Serie A games after winning two in a row, with each fixture in that span yielding a winning/losing margin of precisely two goals. Lazio’s hopes of claiming the points here will hinge on whether or not they can prevent Juventus from scoring the opener – they have lost all five away league contests in which they conceded first this season. 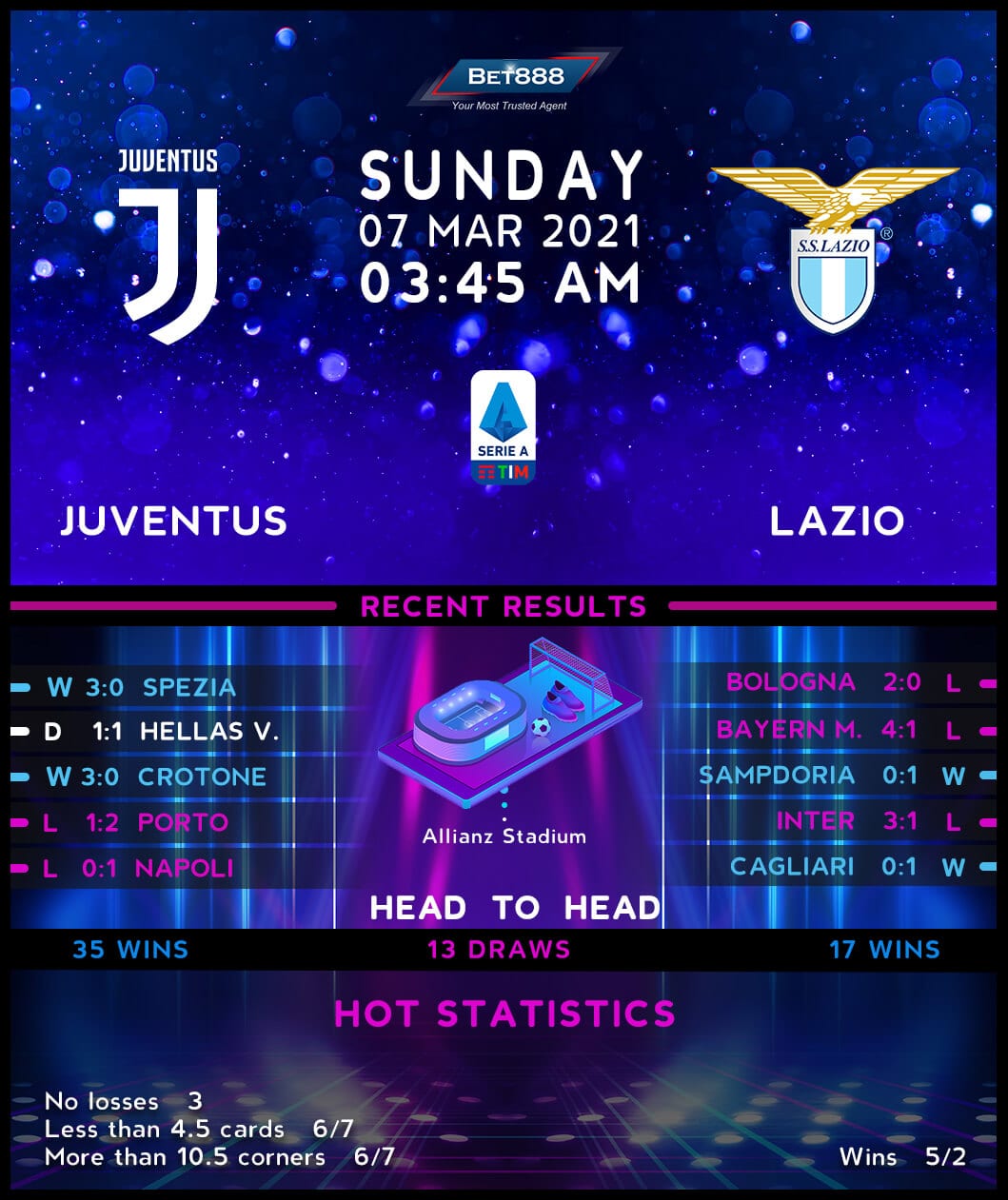