Familiar foes will face off at the Mapei Stadium – Città del Tricolore as Juventus and Napoli battle it out for the Italian Super Cup title.

Juventus head into this clash on the back of a 2-0 loss at Inter Milan that saw their four-game unbeaten run in all competitions come to a halt (W3, D1). Interestingly, just one of Juve’s last seven competitive fixtures has ended in a draw (W4, L2), with all six games won/lost in that period yielding at least a two-goal margin. However, ‘I Bianconeri’ have lost both of their previous competitive meetings with Napoli, including a penalty-shutout reverse in the Coppa Italia Final last season. High scoring has been a theme in the recent fixtures between these two teams, as four of the last five have seen over 2.5 goals and both teams on the scoresheet. It will be a daunting prospect for Andrea Pirlo’s men to keep a clean sheet here, considering they’ve failed to do so in eight of their previous nine competitive outings.

On the other hand, none of Napoli’s last five matches in all competitions have ended level (W4, L1), with each of them producing over 2.5 goals and four seeing both teams score. Notably, Gennaro Gattuso’s men have netted 40 Serie A goals this season, 26 (65%) of which arrived in the second half of play. Curiously, they have failed to find the net in two of their last five away games, scoring 2+ goals in the other three. ‘I Partenopei’ tend to start their domestic fixtures cagey, conceding just six first-half goals in 18 such contests so far this term. Having that said, Napoli have let in only one goal inside the opening 15 minutes of play across all domestic competitions to date. 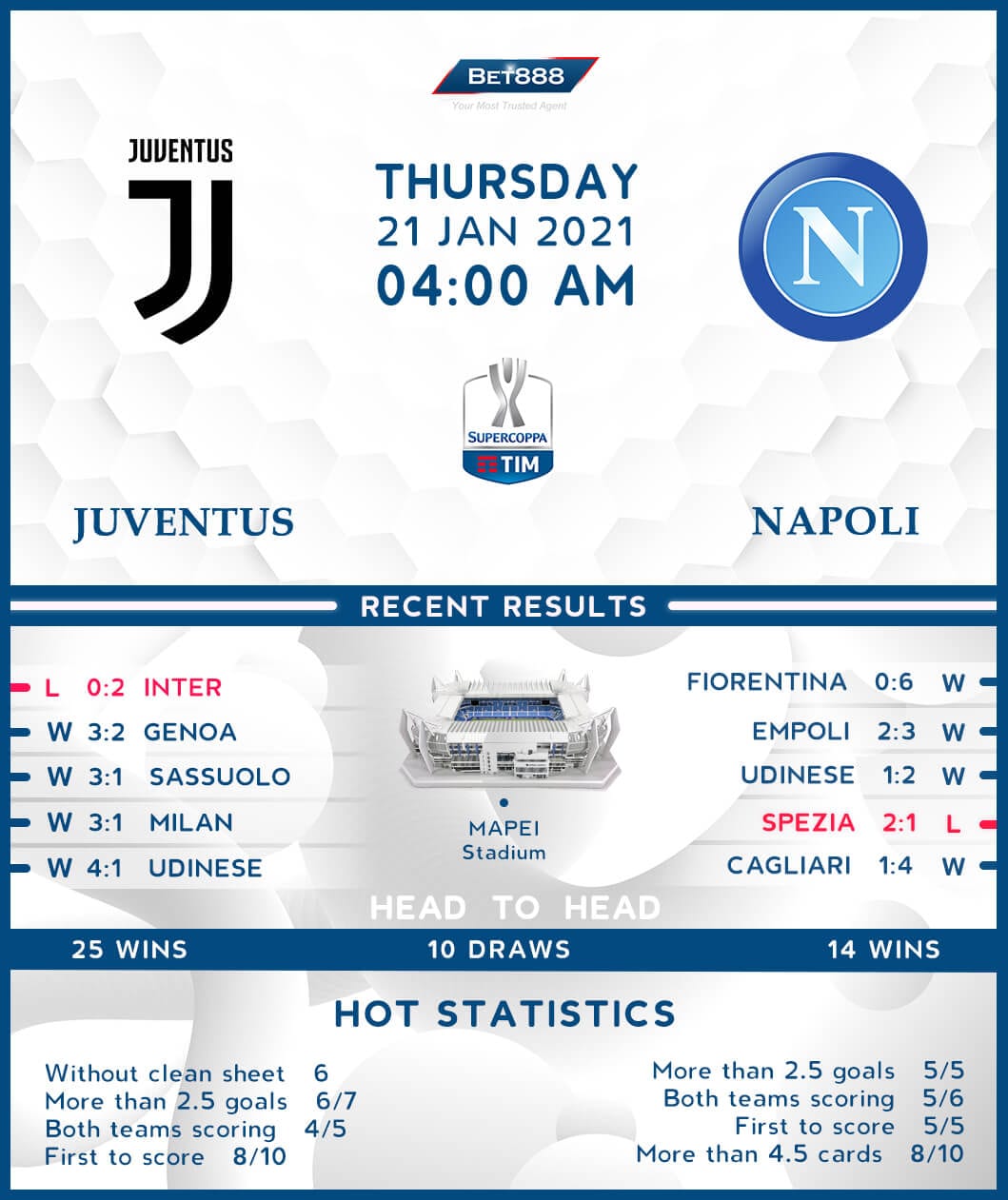