Juventus will be looking to stretch their unbeaten Serie A home streak against Parma to seven matches (W5, D1) when the two sides meet at the Allianz Arena this midweek.

Juventus’ 1-0 away defeat to Atalanta last time out did bring their three-game unbeaten Serie A streak to a halt (W2, D1), but more importantly, allowed fifth-placed Napoli to whittle down the gap to just two points. Since a 2-2 draw with ‘La Dea’ back on Matchday 12, none of Juve’s subsequent 11 home league fixtures have ended level (W9, L2), with 54.55% of the games won/lost in that sequence seeing the victor keep a clean sheet. Despite a topsy-turvy season, when ‘I Bianconeri’ win at home, it tends to be in an emphatic fashion. Notably, 83.33% of their home Serie A victories this season have yielded a winning margin of 2+ goals (10/12), with 41.67% of them seeing Andrea Pirlo’s men record HT/FT success. Additionally, the Turin giants have found the net in each of their 25 top-flight meetings with Parma at home!

On the other hand, Parma’s lapse of concentration in the dying moments of their weekend encounter with Cagliari saw them concede twice in the injury time to suffer a 4-3 defeat and extend their winless Serie A run to four games (D1, L3). Indeed, no team has lost more points from winning positions than Parma (17) this calendar year. The ‘Crusaders’ are sinking without a trace after winning just 9.68% of their Serie A matches this season (3/31) and conceding a league second-high 63 goals. Since winning 2-1 at Genoa back in November 2020, Roberto D’Aversa’s men have gone winless in 11 league trips (D5, L6), frustratingly shipping 2+ goals on ten occasions in the process. Particularly vulnerable after the break, the visitors have registered a league third-high 23 second-half goals conceded away from home this Serie A campaign. 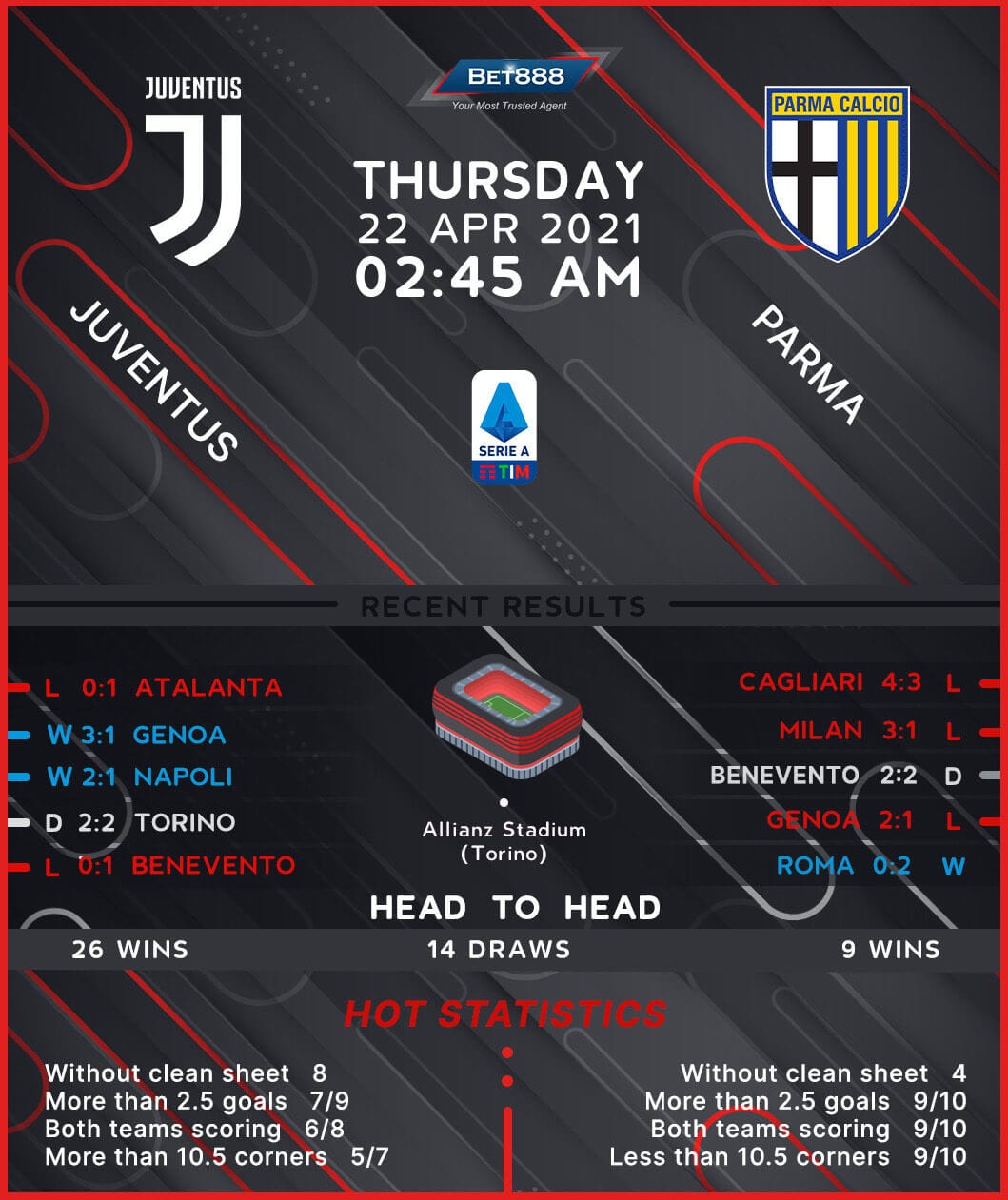