Juventus and Roma go head-to-head at the Allianz Stadium in a potentially high-scoring Serie A contest. Three of their last top-flight meetings have produced over 2.5 goals, with both teams scoring in each.

Backed by a 2-1 comeback win over Inter Milan in the Coppa Italia midweek, Juventus will be looking to extend their winning run in Serie A to three games, having won their last two league outings by the same 2-0 scoreline. Notably, ‘I Bianconeri’ have racked up three consecutive multi-goal victories in Serie A at home since succumbing to a shocking 3-0 defeat to Fiorentina on Matchday 14, with seven of their nine goals scored in that run coming in the second half. Andrea Pirlo’s men boast the ability to finish their Serie A games strongly, impressively scoring inside the final 15 minutes of play in 52.63% of their top-flight fixtures this season. Interestingly, before suffering a 3-1 defeat in their last season’s meeting with Roma in Turin, Juventus had won eight consecutive Serie A H2Hs as hosts, keeping a clean sheet on six of those occasions.

On the other hand, ‘I Giallorossi’ dispatched Hellas Verona 3-1 at home last time out, which means that four of their previous five Serie A matches have featured over 3.5 goals and both teams scoring. Curiously, none of Roma’s last six away league games have ended in a draw (W3, L3), with Paulo Fonseca’s men alternating between a win and a loss on each occasion. High scoring has been a theme in that sequence, as each of those six fixtures has produced 4+ total goals. Quick out of the blocks, the visitors have mustered a league-second joint-highest 11 first-half goals on the road this season. But, lapses in concentration after half-time have seen Roma register 70.59% of their total away Serie A goals conceded in the second half of play (12/17), taking a 3-0 win awarded to Verona on Matchday 1 out of the equation. 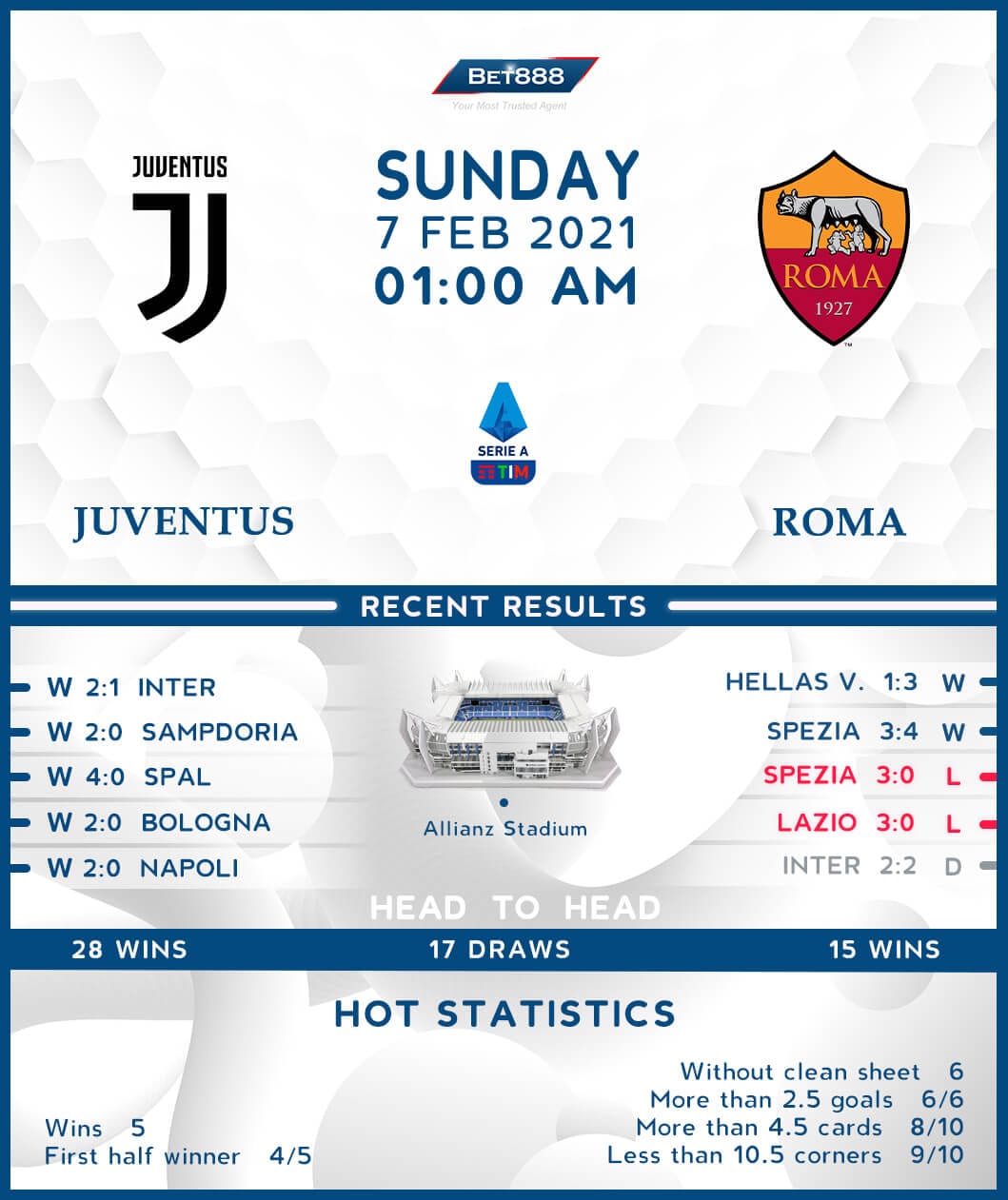