Allianz Stadium is the venue as Juventus and Roma go head-to-head in a mouth-watering Serie A showdown.

After going winless in their first four Serie A matches this season (D2, L2), Juventus have racked up three consecutive league victories to move to the upper half of the table. Though each win during that three-game sequence saw the ‘Bianconeri’ prevail by a single-goal margin, the hosts can draw confidence from scoring precisely three goals twice in that period. After claiming a 2-0 win in their most recent top-flight meeting with Roma in February, Juventus could win back-to-back Serie A H2Hs for the first time since 2016. But Massimiliano Allegri will have to address his side’s defensive woes to keep their momentum going here. Juventus have conceded at least once in each of their opening three Serie A matches at home this term and could fail to keep a clean sheet in their inaugural four games for only the second time in their last 36 top-flight campaigns.

On the other hand, a lack of consistency has seen Roma alternate between a victory (3) and a defeat (2) across their last five Serie A fixtures, though they take the field sitting fourth in the standings. Jose Mourinho’s men have been nothing short of exceptional at home this term, winning all four Serie A games at the Stadio Olimpico by an aggregate score of 8-2 while they only won once in three league travels (L2). Roma’s away league action usually sparks into life after the break, with 71.43% of their Serie A goals scored/conceded on the road this season coming in the second half of play (10/14). Worryingly, the ‘Giallorossi’ have already lost nine top-flight matches away from home in 2021 and could suffer ten away defeats in the same calendar year for the first time since 2012. 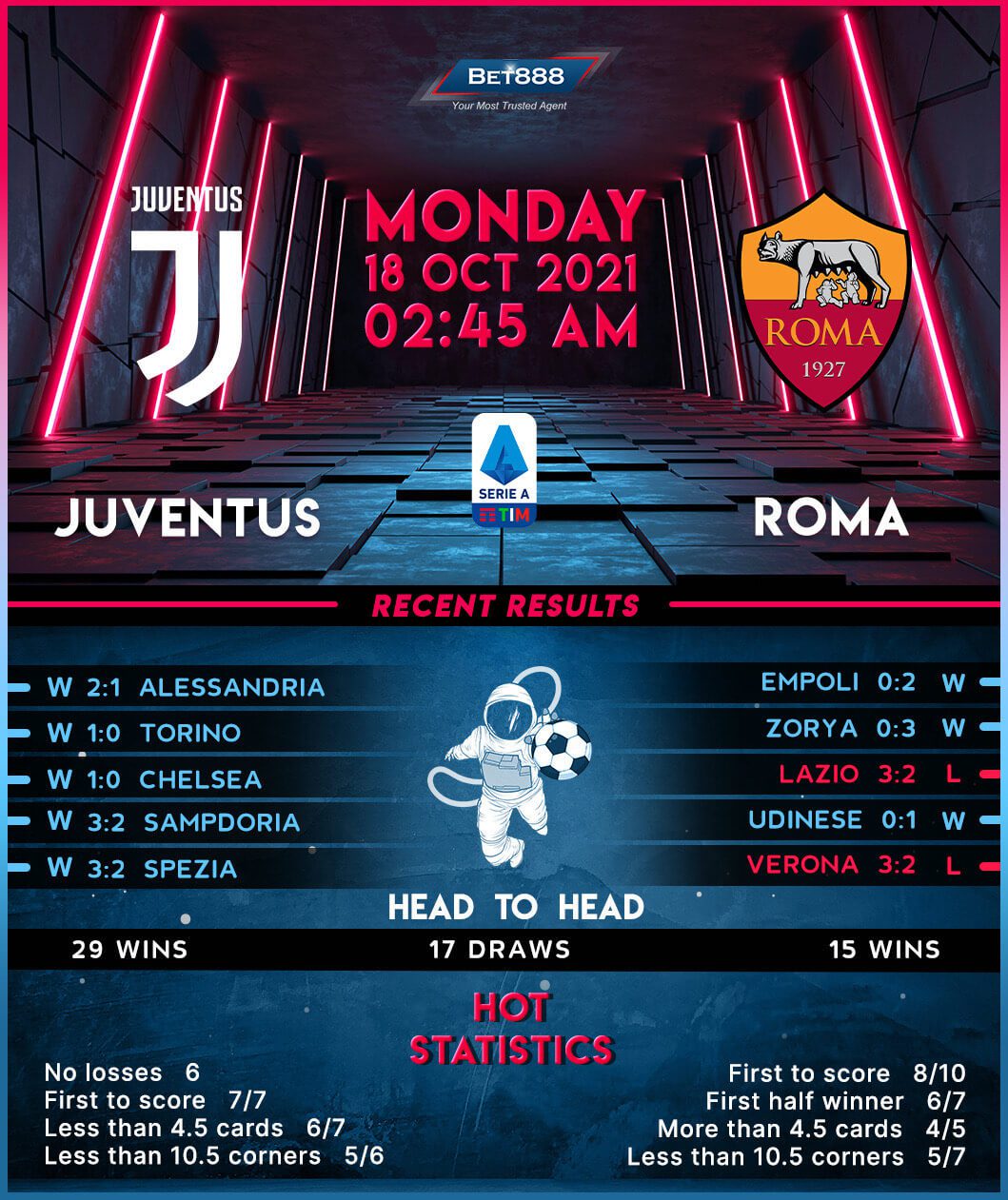