Juventus will be looking to book their place in the Coppa Italia semi-finals when they take on SPAL at the Allianz Stadium this weekend.

Juventus’ last three competitive games have yielded the identical 2-0 scoreline (W2, L1), with the victor scoring at least once in the second half in each. Juve survived a late scare in the previous Coppa Italia round, overcoming Genoa 3-2 only after the extra-time drama. But, Allianz Stadium has been a fortress this calendar year, with Andrea Pirlo’s men winning all five of their competitive fixtures here (extra-time included), scoring over 1.5 goals in each. Additionally, ‘I Binaconeri’ have won each of their three competitive meetings with SPAL in Turin via an aggregate score of 8-1. As for domestic competitions, Juventus have found themselves leading at half-time in six of the ten matches this season, ending up winning four such contests (D2), if considering only 90 minutes of play.

On the other hand, the Serie B minnows have had to go past four Coppa Italia rounds to set up this fixture, eliminating the likes of Bari, Crotone, Monza, and Sassuolo en route to reaching the competition’s quarter-finals. Remarkably, SPAL have yet to concede from open play in Coppa Italia this season, with their only goal shipped so far coming from the spot. Low scoring has been a theme for ‘Gli Spallini’ on the road this term, as nine of their 12 competitive away matches have featured under 2.5 goals, including eight of the last nine. Having that said, Pasquale Marino’s men have drawn a blank in three of their previous six competitive trips, scoring precisely twice in two of the other three. In turn, SPAL have netted under 1.5 goals in five of their six competitive meetings with Juventus this millennium (W1, D1, L4). 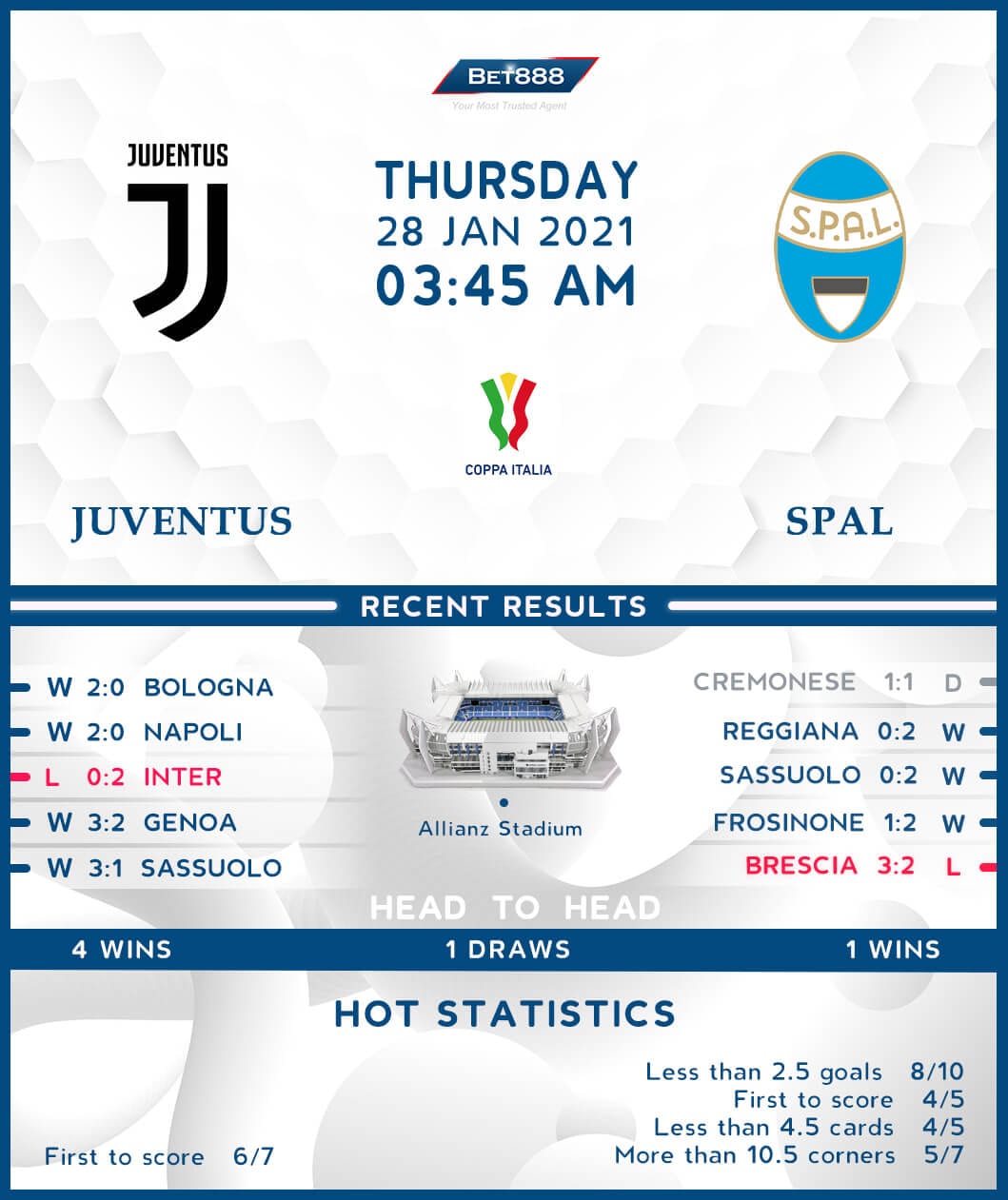