Juventus will be looking to return to winning ways in Serie A when they meet newly-promoted Spezia at the Allianz Stadium this midweek.

Juventus’ chances of retaining the Serie A title dwindled on the back of a dismal 1-1 away draw with Hellas Verona last weekend, as they now trail top-placed Inter Milan by a whopping ten points. The reigning champions can ill-afford to lose more ground on Antonio Conte’s side when they take on a team they dismantled 4-1 in the reverse fixture back in November 2020. ‘I Bianconeri’ can draw confidence from the fact they have won each of their last five Serie A home matches by at least a two-goal margin. Ahead of the kick-off, Andrea Pirlo’s men have kept a clean sheet in six home outings across various competitions, scoring over 1.5 goals on five occasions. Quick out of the blocks, Juventus have opened the scoring in a league second-high eight home Serie A games this term, notably winning seven such contests (D1).

Meanwhile, the visitors have suffered a dip in form, going from back-to-back Serie A triumphs to two consecutive league matches without winning (D1, L1), both of which have seen them concede over 1.5 goals. Away from home, Spezia have only won one of their last four Serie A fixtures (D1, L2), drawing a blank on two of those occasions. Yet, the ‘Aquilotti’ have been a fun team to watch on the road this season, as ten (83.33%) of their 12 Serie A away fixtures have produced over 2.5 total goals. Worryingly, though, Vincenzo Italiano’s men tend to crumble after half-time, as witnessed by the fact that they’ve registered a clear majority (81.82%) of their total away Serie A goals conceded this term in the second half of play (18/22). 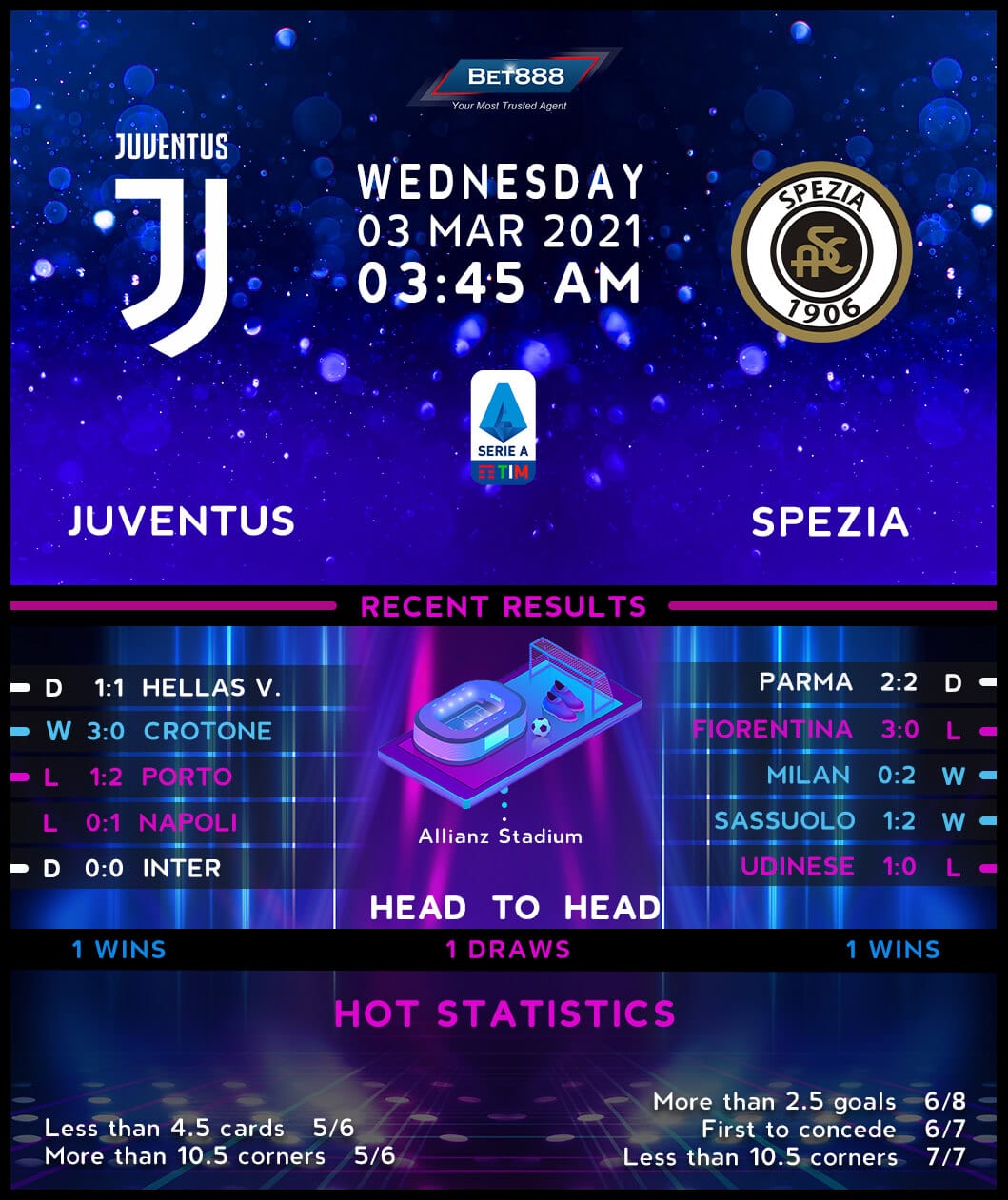