Fresh from a 3-0 thumping of Dynamo Kyiv in the Champions League midweek, Juventus will be looking to extend their unbeaten Serie A run against cross-town rivals Torino to 11 matches (W8, D2).

A dismal 1-1 away draw with newly-promoted Benevento last time out means Juventus head into this encounter as one of two sides yet to taste defeat in Serie A this season (W4, D5). But, a lack of consistency has seen Andrea Pirlo’s men alternate between a win and draw in their five previous league outings, four of which featured under 2.5 total goals. Indeed, four of Juventus’ five Serie A draws this season have come by the same 1-1 scoreline, with the ‘Bianconeri’ scoring the opening goal on three of those occasions. At home, however, the reigning Serie A title-holders have won three of their four top-flight matches this term (D1), with each winning yielding a clean sheet and a multiple-goal margin. It’s, however, worth noting that one of those successes was an awarded 3-0 victory over Napoli on Matchday 3.

On the other hand, the visitors take the field after failing to pick up the three points in any of their three previous Serie A fixtures (D2, L1) despite scoring over 1.5 goals in the last two. Curiously, the ‘Maroons’ have yet to keep a clean sheet away from home in Serie A this term (W1, D1, L2), with each of their nine goals conceded across their opening four league trips coming in the second half of play. It will be a daunting prospect for Torino to improve that statistic here, considering they have failed to shut out Juventus in 12 of their 13 top-flight H2Hs as visitors this millennium. Furthermore, they have conceded precisely four goals per game in two of their last three Serie A trips to the Allianz Stadium. If they get on the scoresheet here, Marco Giampaolo’s men are likely to do it before half-time, as ten (62.5%) of their 16 league goals scored this season have arrived in the first half. 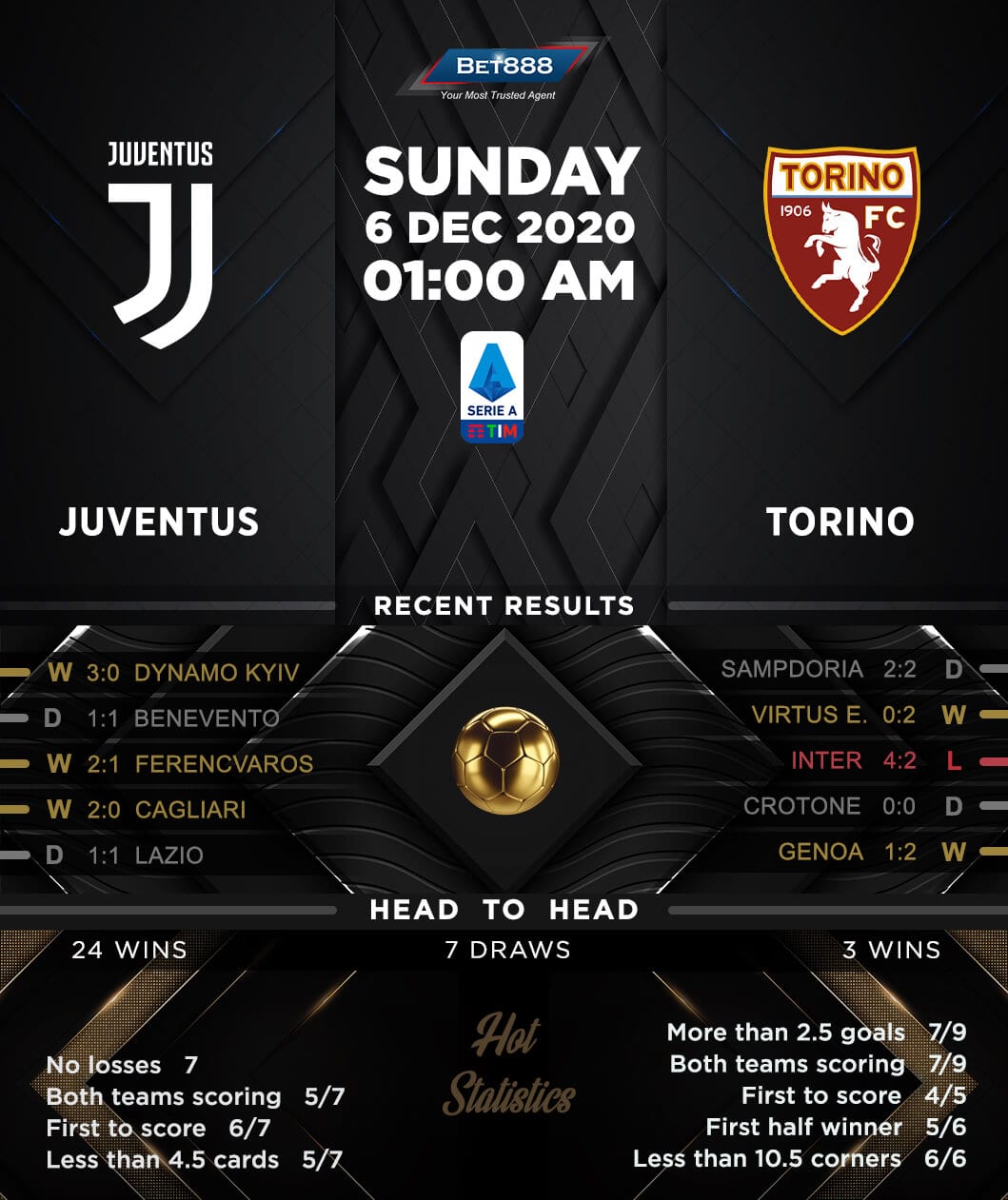