Allianz Stadium is the venue, as Juventus and Udinese kick off their respective Serie A campaigns in the new calendar year.

After being knocked down from a 12-game unbeaten Serie A start (W6, D6) with a dismal 3-0 home defeat to Fiorentina in their final league game of the last calendar year, Juventus will be looking to return to winning ways against a side they’ve defeated in each of their four previous top-flight meetings in Turin. By extension, the reigning Italian champions have found the net in nine consecutive Serie A fixtures versus Udinese (W7, D1, L1), scoring over 1.5 goals in each game they won in this sequence. However, ‘I Bianconeri’ have picked up just two victories in their last five home Serie A matches (D2, L1), conceding the opening goal on three occasions. Slow starts have highlighted Juve’s home games this season, as Andrea Pirlo’s men failed to score within 15 minutes in six of their seven such outings.

Meanwhile, Udinese have stumbled out of the blocks since mid-December, going from three consecutive Serie A triumphs to three league matches without winning in a row (D2, L1). Low scoring has been a theme for ‘I Friulani’ in recent times, as five of their last seven Serie A fixtures have featured under 1.5 first-half goals in matches garnering a maximum of two total goals. However, Luca Gotti’s men are currently enjoying a four-game undefeated Serie A streak on the road (W2, D2) after losing both of their opening league trips via a single-goal margin. Furthermore, Udinese remain one of the only two sides yet to concede a goal within 15 minutes after their seven away Serie A fixtures. 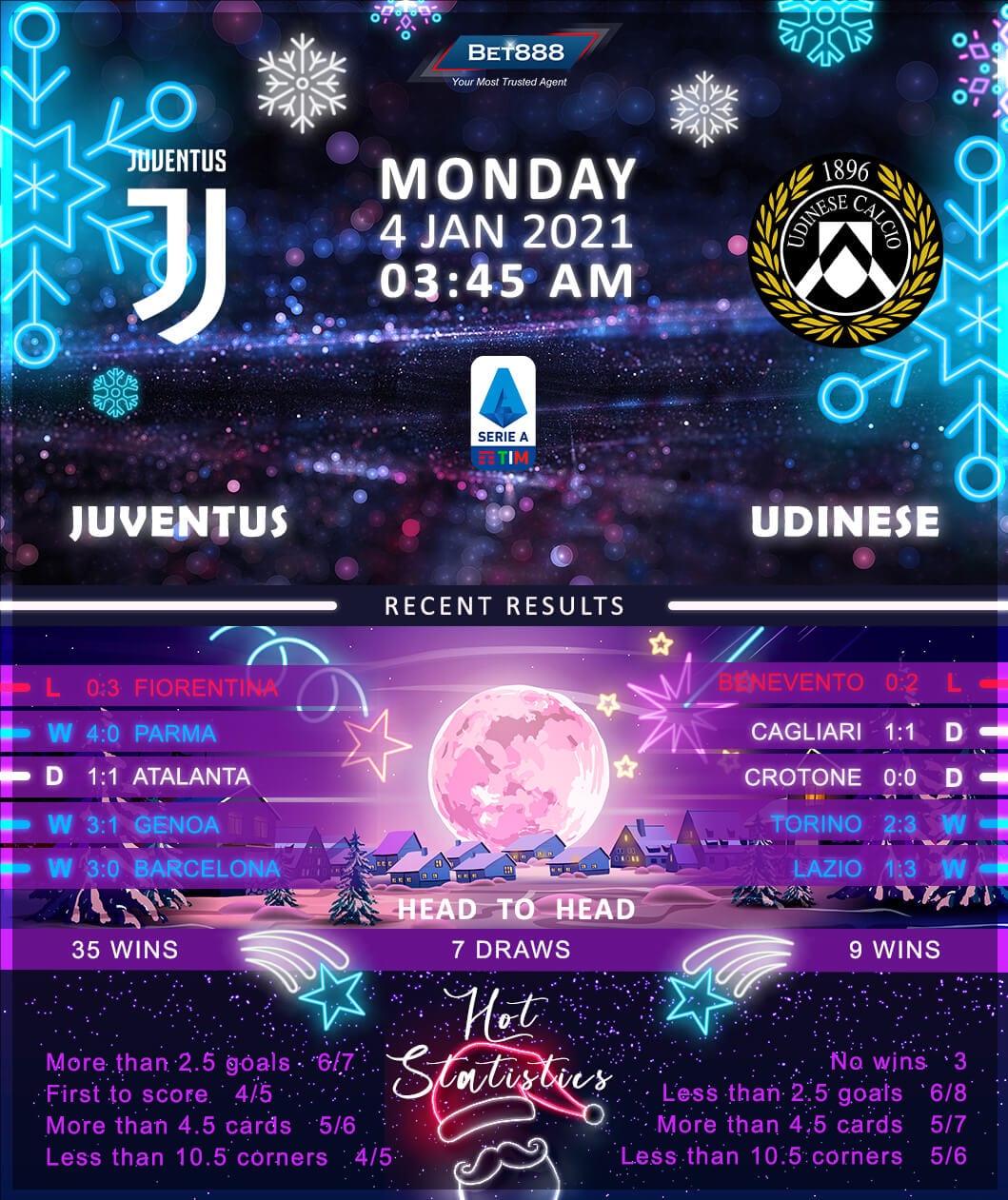