Kashima Soccer Stadium is the venue. as Kashima Antlers and Cerezo Osaka meet in an upper-half-of-the-table J1 League showdown.

Kashima spurned a half-time lead to suffer a 2-1 away loss to Sagan Tosu in their most recent J1 League outing, which saw their eight-match unbeaten league streak come to an end (W6, D2). Before losing to Tosu, Kashima had netted an intimidating average of 3.25 goals per game in their previous four league matches, winning each of them by a margin of 2+ goals. Since a heartbreaking 1-0 home loss to Nagoya Grampus in late March, Naoki Soma’s men have racked up a four-game unbeaten run in home J1 League fixtures (W3, D1), averaging 2.75 goals in that sequence. Kashima’s home action usually sparks into life after half-time, as evidenced by the fact that 75% of their league goals scored at Kashima Soccer Stadium this season have come in the second half of play (12/16).

On the other hand, the visitors have alternated between drawing (2) and losing (2) across their last four J1 League outings since beating Urawa Reds 1-0 at home in mid-April. Low scoring has been a common theme in Cerezo’s recent league fixtures, as four of their last five J1 League trips have produced under 2.5 FT goals. Before a 1-1 draw with Vissel Kobe in their most recent away league match, Levir Culpi’s side had drawn a blank in three consecutive top-flight trips (D1, L2). Indeed, the ‘Cherry Blossoms’ have struggled to impress on the road this season, having claimed just one triumph in seven away league games so far (D2, L4), compared to five wins from nine home matches (D2, L2). They now face another formidable challenge in the shape of a Kashima side they have failed to win against in their last three league H2Hs here (D1, L2). 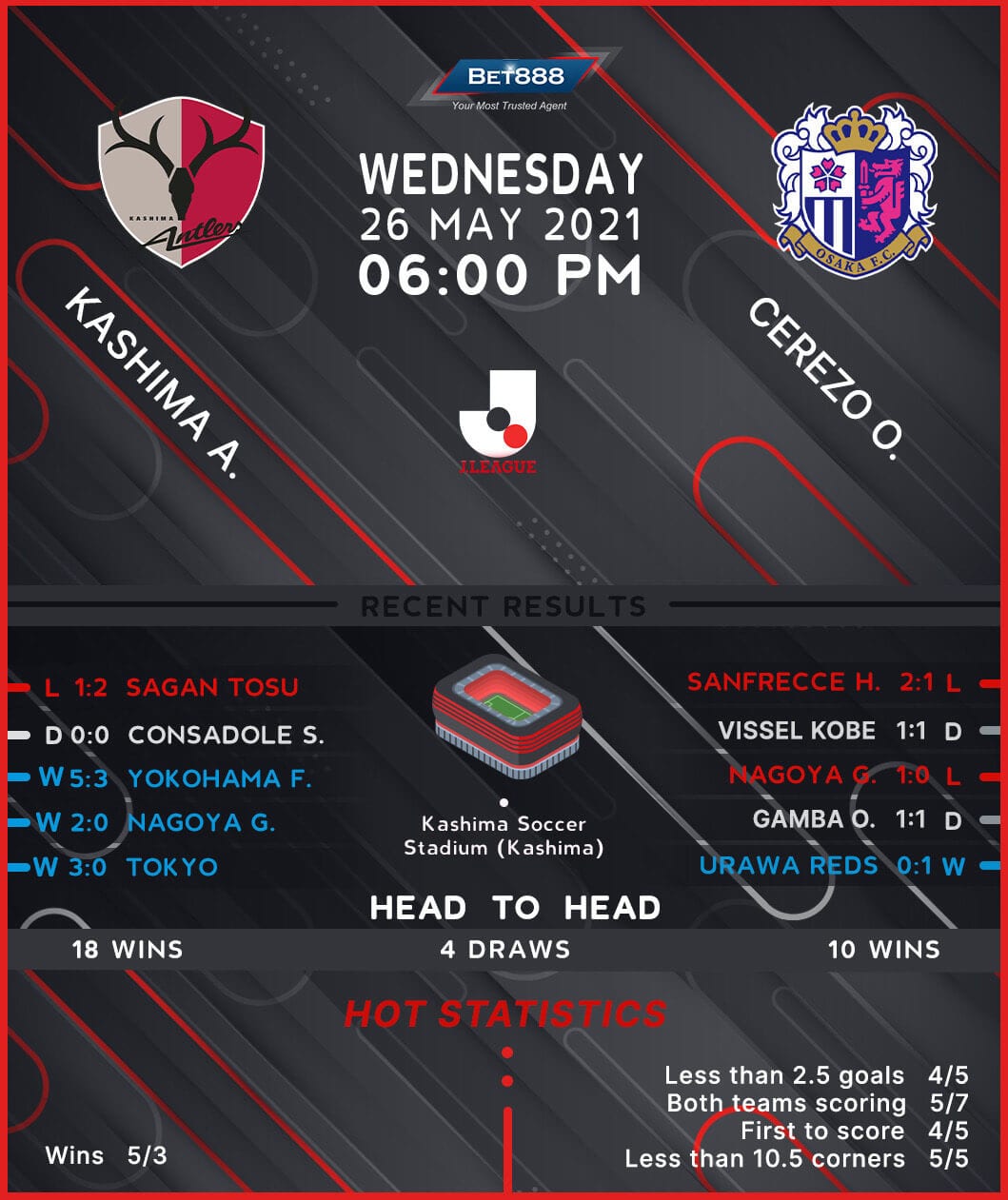