Kashiwa Reysol and Vissel Kobe are set to trade tackles at the Hitachi Kashiwa Stadium in an exciting J1 League fixture.

Kashiwa take the field in the midst of a rough patch, having failed to win any of their last seven matches in all competitions (D3, L4), six of which saw them score under 1.5 goals. Since picking up a 5-1 home victory against Tokushima in late April, the hosts have drawn a blank in three of their four subsequent J1 League outings. Of all the sides sitting outside the drop zone at the moment, only Shimizu S-Pulse (11) have netted fewer league goals than Kashiwa (13) so far this season. Encouragingly, though, a clear majority (69.23%) of Kashiwa’s J1 League strikes this term arrived at home (9/13). Worryingly, Nelsinho Baptista’s men have failed to keep a clean sheet in five of their six home league fixtures this season.

Meanwhile, the visitors are enduring a torrid time of their own as they head into proceedings having won just once in their last seven J1 League games (D4, L2). Additionally, a lack of firepower in the front third has seen Vissel fail to score in two of their last three league outings, with just one top-half-of-the-table team netting fewer goals than Kobe (19) thus far. Following back-to-back away stalemates, Atsuhiro Miura’s men have now lost twice in a row on the road, succumbing to consecutive 2-0 defeats to Yokohama Marinos and Urawa Reds, respectively. Furthermore, Kobe have lost each of their last eight top-flight trips to Kashiwa, conceding an alarming average of 2.25 goals per match in the process. 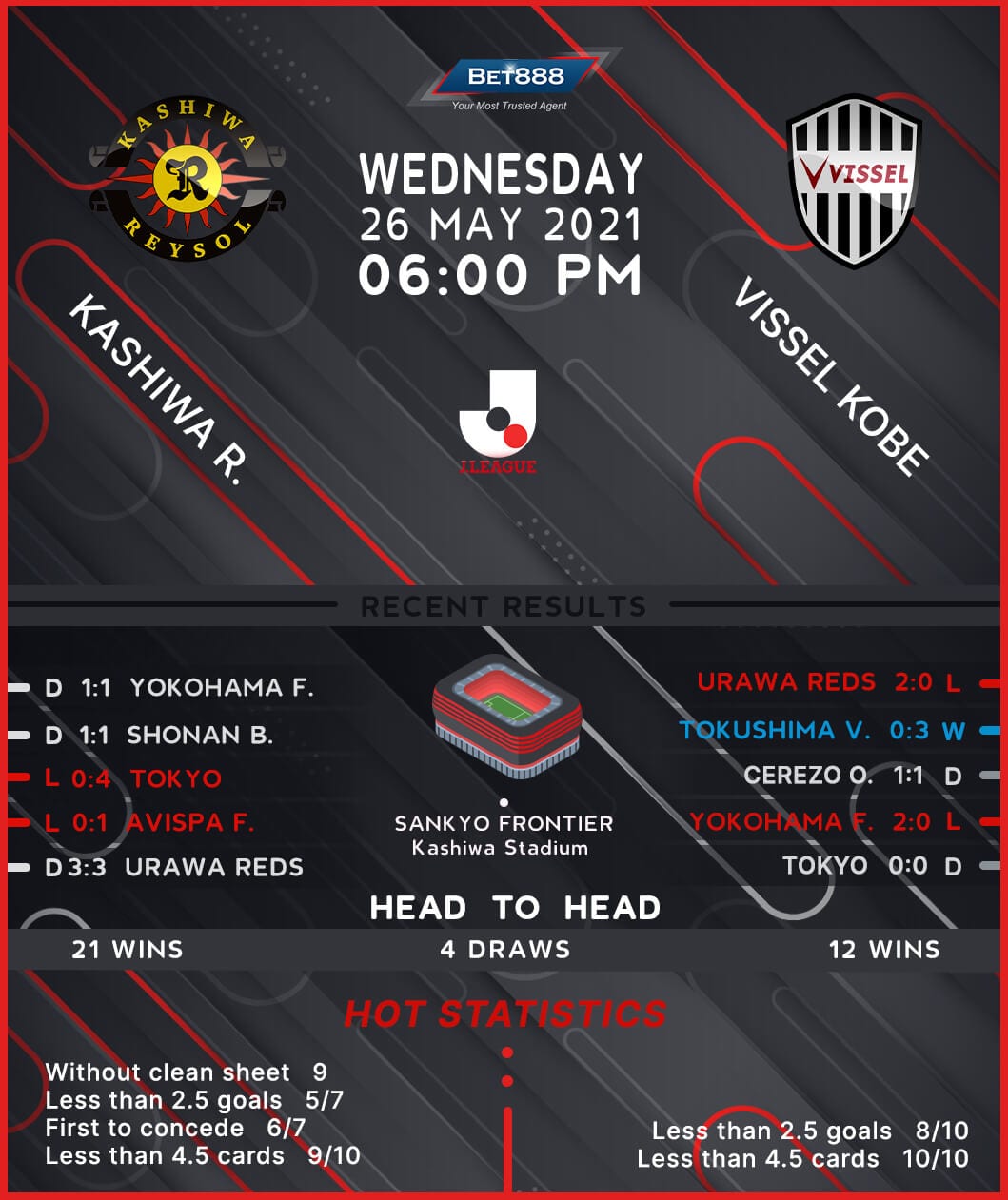