Lokomotiv Stadium is the venue, as Kawasaki Frontale and Daegu go head-to-head in their AFC Champions League Group I opener.

The hosts have yet to taste defeat in 2021, remarkably winning 19 of their 25 matches in all competitions since the turn of the year (D5 – 90 minutes only). Additionally, since succumbing to a 2-0 reverse to Consadole Sapporo in November 2020, Kawasaki have gone unbeaten in their subsequent 20 home games in all competitions (W17, D3). Before being held to a 1-1 draw to Nagano in the Emperor’s Cup in their most recent home outing, Kawasaki had scored 2+ goals in five consecutive home matches, averaging 2.4 goals per game. Not so convincing in defense, Toru Oniki’s men have kept just one clean sheet in their last eight fixtures on home turf. Lapses of concentration in the later stages of play have seen them register seven of their last eight goals conceded at home beyond the 60th minute.

Meanwhile, since suffering an embarrassing 3-0 away loss to Gangwon in early April, the visitors have hit the ground running, racking up an impressive 11-game unbeaten run in all competitions (W9, D2). Daegu’s upturn in form reflects their remarkable defensive displays that saw them keep eight clean sheets during that 11-match sequence. A 1-1 draw against Suwon Bluewings in their most recent road trip ended a run of four consecutive victories, three of which had come by a narrow one-goal margin. But for Daegu, away goals have been in short supply, with Lee Byung-keun’s men netting under 1.5 goals in 11 of their last 14 games on foreign soil. They can at least find some comfort in scoring in five consecutive road trips ahead of this fixture. 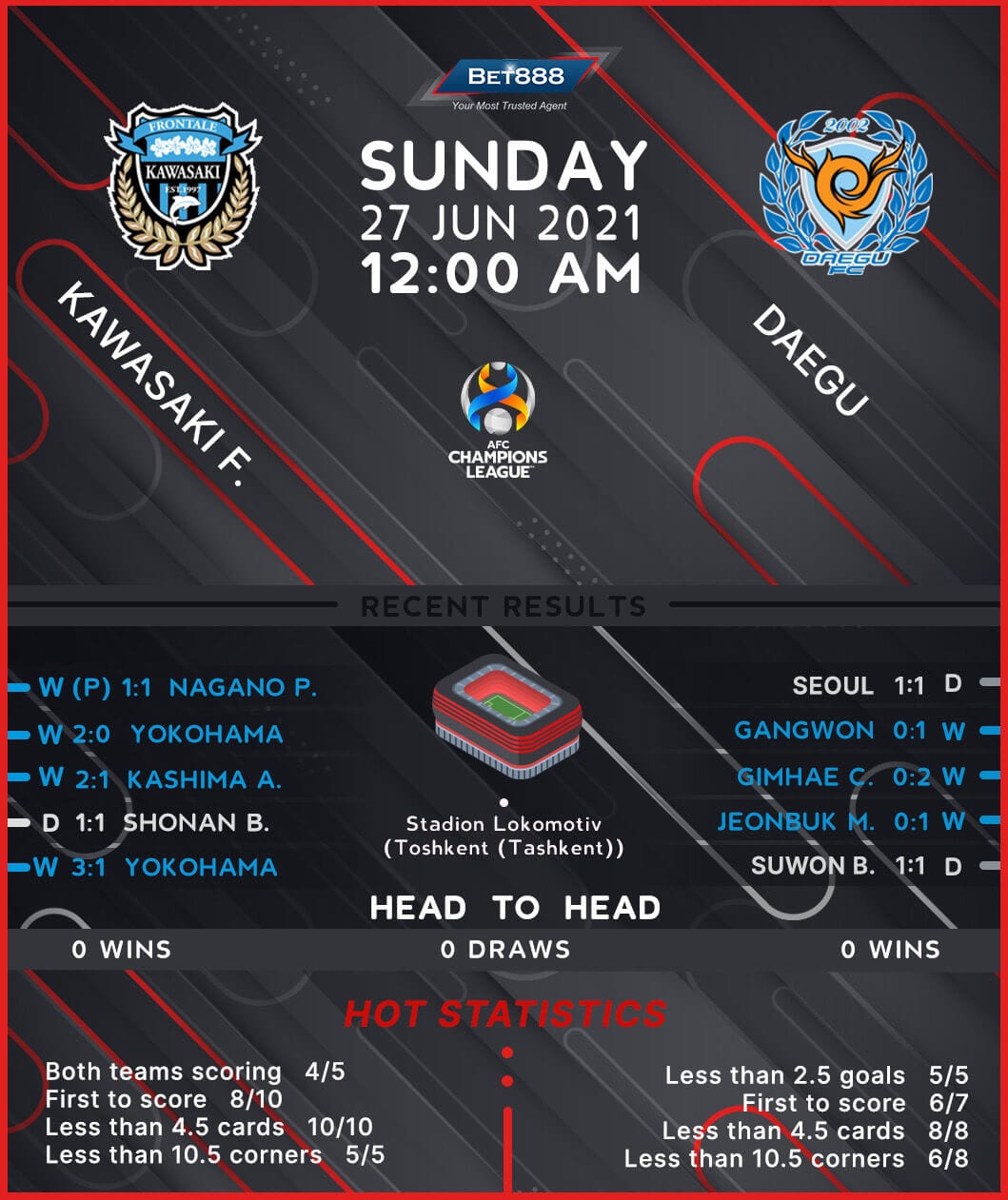