France will be looking to get their World Cup Qualifying campaign back on track following an early setback as they head to the Astana Arena to take on Kazakhstan.

A 2-0 away victory over Lithuania in the UEFA Nations League back in September 2020 was the last time Kazakhstan won a competitive match – a draw and four losses for them since. Kazakhstan’s defensive frailties saw them concede over 1.5 goals in each of their four defeats across that five-game sequence, letting in at least one goal in both halves on three occasions. The ‘Hawks’ cannot find much comfort in their recent World Cup Qualifying record either, knowing they lament a disastrous 7.14% win-ratio across their last 42 outings in this competition (W3, D6, L33). Interestingly, none of their five home matches in the qualifying campaign for Euro 2020 ended level (W2, L3), with each result (win/loss) seeing the winner on the day score 2+ goals and four yielding a clean sheet.

Meanwhile, a shocking 1-1 home draw with Ukraine was not exactly the qualifying start the reigning World Cup holders were looking for, albeit it means they are now undefeated in 14 competitive fixtures on the trot (W11, D3). Furthermore, ‘Les Blues’ boast an intimidating 90.7% unbeaten rate in the World Cup Qualifying in the 21st century (W25, D14, L4) accompanied by a telling +44 goal difference (GF:71, GA: 27). Confidence should be there for Didier Deschamp’s men, considering they have won their last six away matches in all competitions by an aggregate score of 11-1, finding the opener with 11 minutes on three occasions. Interestingly, eight of France’s ten competitive matches on the road in the post-FIFA World Cup 2018 period have seen one or both sides fail to get on the scoresheet. 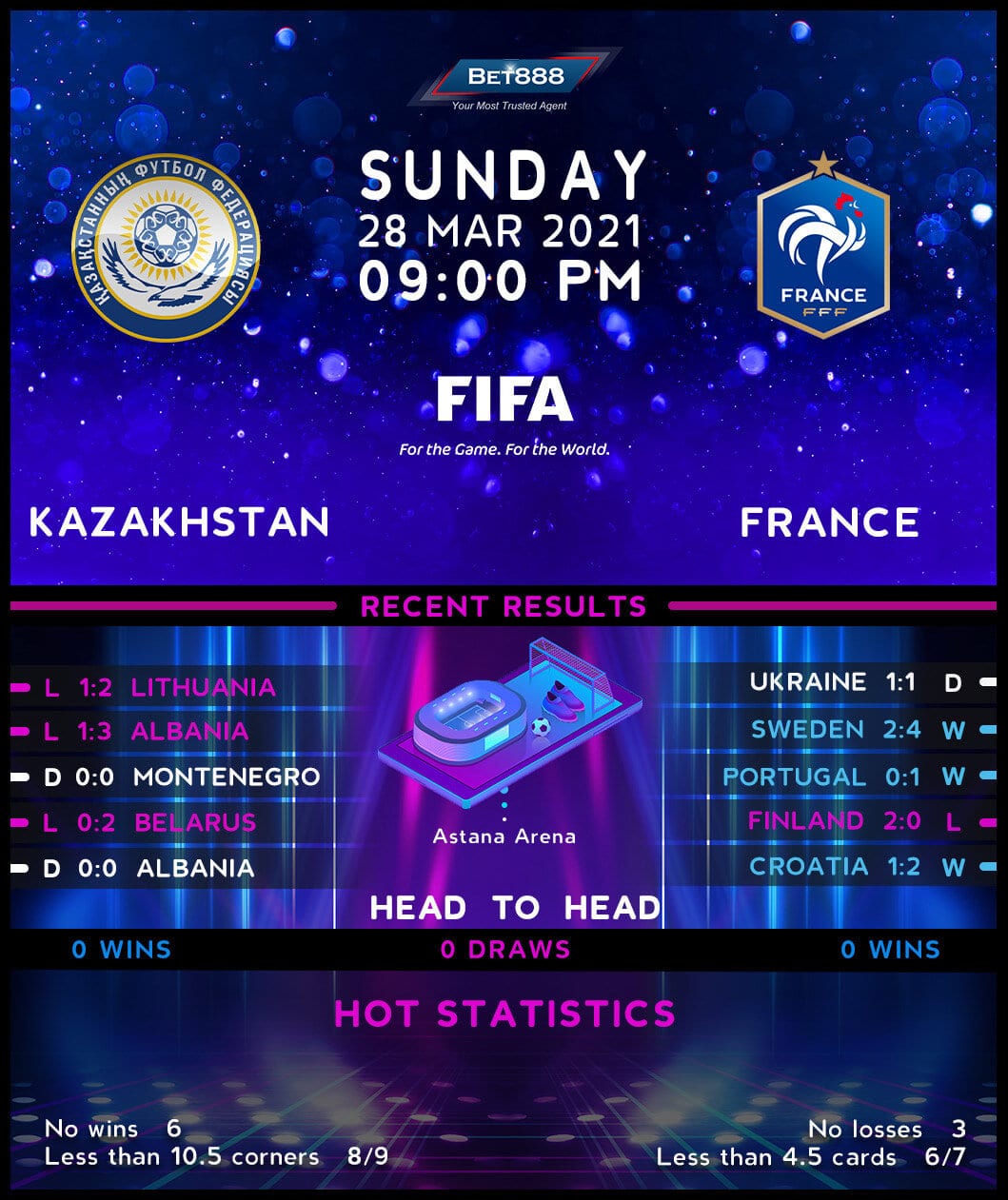