RB Leipzig will be looking to extend their unbeaten Bundesliga run against Koln to four matches (W2, D1) when the two sides lock horns at the RheinEnergieStadion this midweek.

Seeking their first home Bundesliga victory over Leipzig (D1, L2), Koln come into this encounter on the back of a disastrous nine-game winless league run (D2, L7). They have never endured a longer winless streak in the top-flight. ‘Die Geißböcke’ conceded over 1.5 goals six times during the abovementioned nine-match sequence, including a 3-0 away loss to Bayer Leverkusen last time out. At home, Friedhelm Funkel’s men have gone winless in four Bundesliga fixtures on the bounce (D2, L2) since a 3-1 win over fellow relegation fighters Arminia Bielefeld in late January, with their last three home league outings seeing both teams on the scoresheet. Worryingly, Koln have returned a league-low eight home points this Bundesliga campaign (W1, D5, L8), which accounts for only 34.78% of their total league points won this season (23).

On the other hand, a goalless home draw with TSG Hoffenheim a few days ago means ‘Die Roten Bullen’ have failed to score twice in their last three Bundesliga fixtures (W1, D1, L1). Prior to that run, Leipzig had found the net in 13 consecutive league matches. Away from home, Julian Nagelsmann’s men have won their last five Bundesliga games by an aggregate score of 14-1, with four of those triumphs coming by a three-goal margin. Leipzig boast by far the best Bundesliga defense this season after conceding just 23 league goals on an average of 0.79 goals per match. Notably, the visitors have let in a league-low four second-half goals on the road this term and remain the only side yet to concede inside the final 15 minutes of away Bundesliga action played so far. 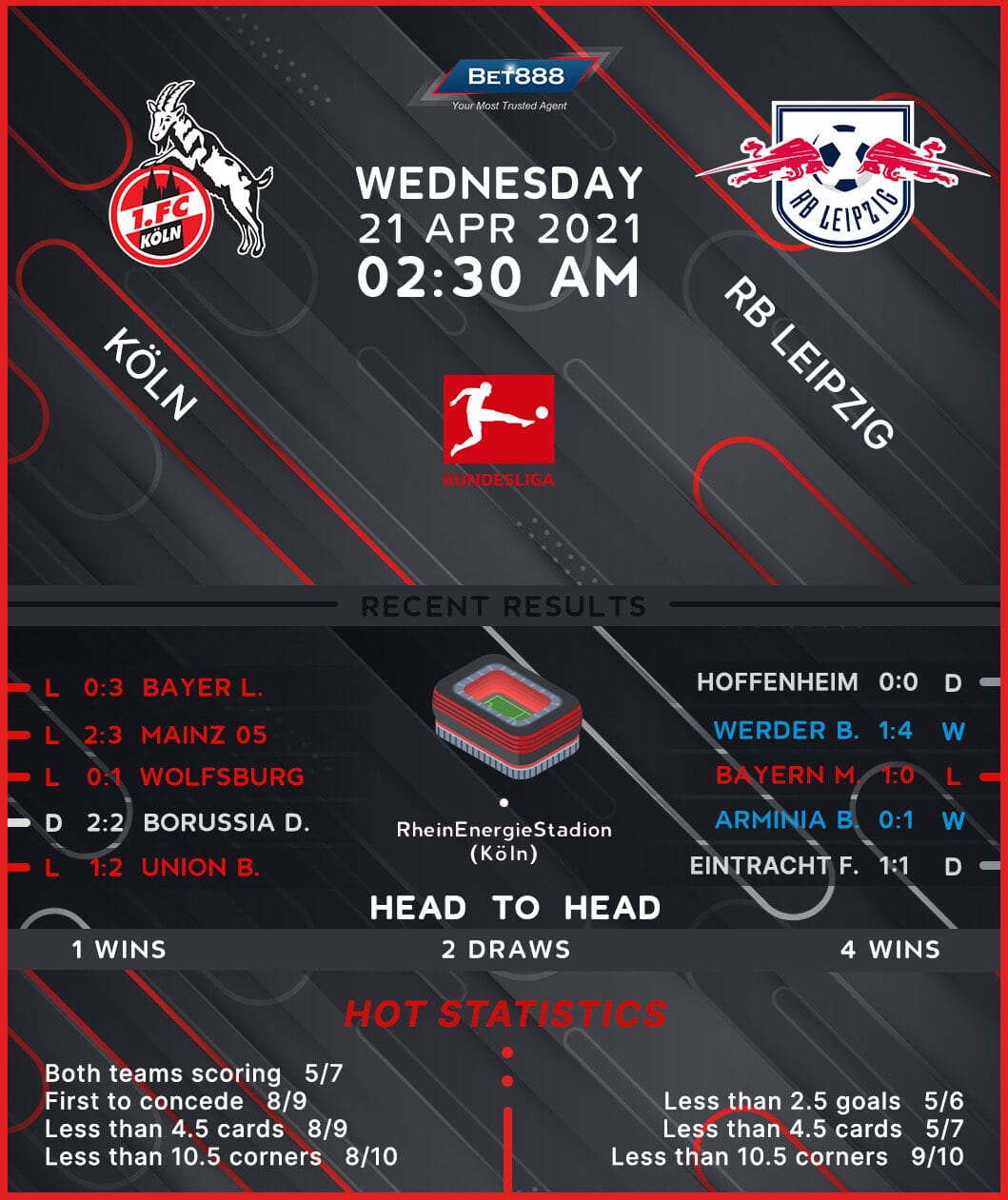